Age shall not weary their collective spirit 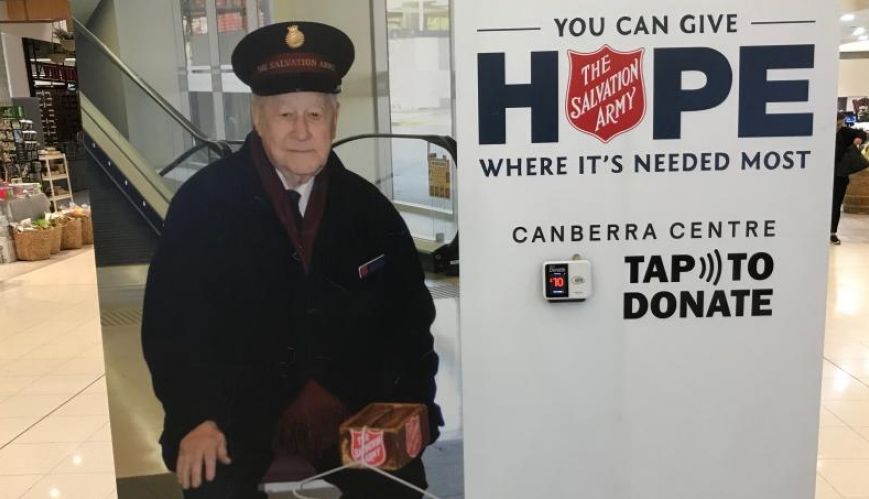 Age shall not weary their collective spirit

"Cardboard cutout": Canberra icon and $4 million man Alan Jessop is still a presence in his favourite spot in the Canberra Centre shopping mall.

At 98 years of age, Vida Ritter could easily be The Salvation Army’s oldest registered Red Shield Appeal digital doorknocker in Australia this year. She is at least that in her home corps of Marion, in suburban Adelaide.

With the help from her son Vic, Vida registered online as a digital collector to play her part to raise much-needed funds to keep the church’s social welfare doors open – because she couldn’t collect in her favourite spot.

Vida has been a Salvationist all her life. She has collected donations in many ways for the appeal and, in recent years, has enjoyed many hours accepting donations at Hallett Cove Shopping Centre with her friend Margaret Feast. 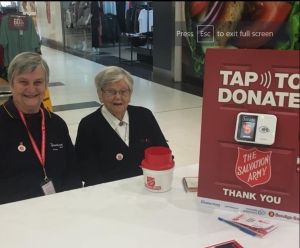 Vida said they would sit, chat and connect with shoppers as part of their effort to boost the appeal coffers.

This year was a little different with Vida unable to take up her usual spot at the shopping centre because of the COVID-19 restrictions and her being in what is considered the most at-risk group.

Vida, though, embraced the situation and took the opportunity to still raise funds but through the digital and social media world.

Vic set up Vida’s digital doorknock collection page through his Facebook page, which links donations made through her to Marion Corps.

Giving Vida a run for her money as one of the country’s oldest collectors unable to be in their favourite spots in their local shopping centre is Alan Jessop from Canberra City Corps. Alan turns 90 in July.

He has been a member of the corps for about 35 years, with 32 of those collecting on the streets of the Australian capital. His corps officer, Lieutenant Mitchell Stevens, said Alan had raised “well over $4 million in that time” for The Salvation Army. The local press dubbed him the “$4 million man”.

Mitchell said Alan was a Canberra icon, being much loved in the community and recognised by many awards and citations – one of which was having his portrait done as part of the Canberra centenary celebrations in 2013 and exhibited alongside several other iconic faces from the city.

While not joining the social media sphere as Vida has, Alan is ‘collecting’ in the virtual world with his image gracing the walkway in his favourite spot in the Canberra Centre shopping mall, this year. A large corflute sign with Alan’s photo on it is accompanied by a tap-and-go machine, where people can tap their credit card to make a donation.

The sign and tap-and-go machine are to remain in the shopping centre until at least the end of the month. 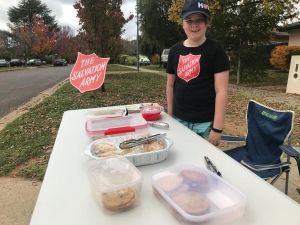 Seth Stevens, 9, has been selling biscuits to raise money for the Red Shield Appeal.

On the other end of the age spectrum and not in the virtual world, Mitchell’s son, nine-year-old Seth, has so far raised more than $1000 for the appeal by selling biscuits outside his home in suburban Ainslie.

Seth, having been confined to home while schools shut, decided to put his love of cooking to good use and is selling his biscuits to neighbours and passers-by for $2 each.