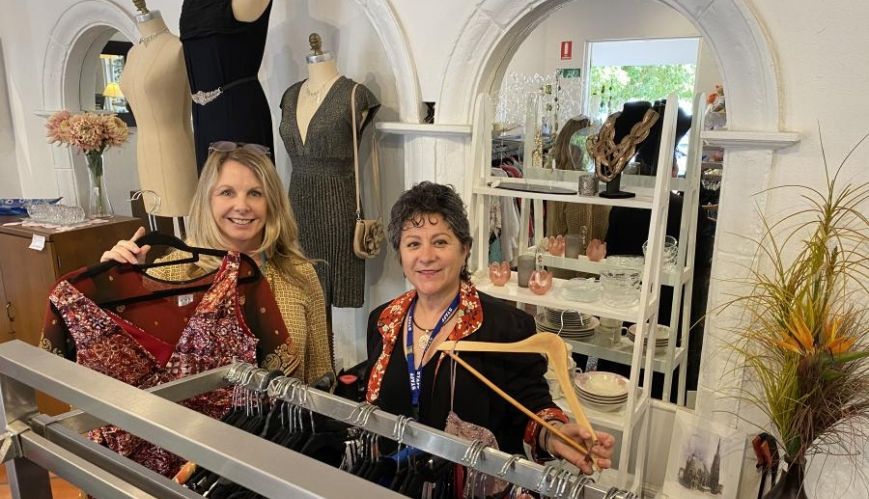 Montville is a sleepy hamlet atop the Blackall Ranges in Queensland, with uninterrupted views east to the Sunshine Coast and west out over the Mary Valley.

It is a weekend destination for Brisbane city-dwellers wanting to escape the rat race, a perfect spot for a relaxing holiday or a great setting for a wedding. It is not a spot, however, where one would expect to find a thriving Salvation Army Family Store.

There are already plenty of eclectic art and craft shops, fashion boutiques, cottage industries, souvenir shops, locally-made chocolate outlets, coffee shops and old buildings in the village, yet Nambour Corps [the Army’s main centre on the Sunshine Coast Hinterland] saw the value in opening a store here just over 12 months ago.

It’s the fourth Family Store to open in the hinterland region. The others are at Nambour (the main outlet), Bli Bli and Maleny.

Kathy Hughes is the senior manager for the group of stores. She said the Montville store was still establishing itself in the close-knit community despite Nambour Corps already having a missional presence with its involvement in the annual Carols in the Park program at Christmas. 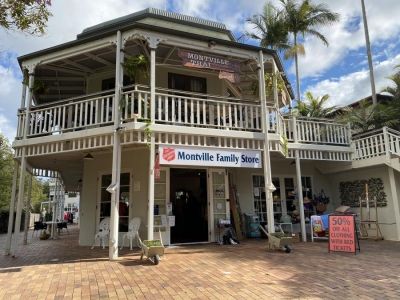 “We needed to fit in with the environment there, so we needed to look boutique but not necessarily with boutique prices,” Kathy said, noting that the absence of large supermarkets or discount department stores on the hinterland was beneficial.

She added that the corps, through the Family Store, was developing a relationship with the Montville State School by donating various products including cups and mugs for special events and stalls.

Felicity Evans is the manager of the Montville store, which has four to six regular volunteers. She started in the role at the peak of the recent June/July school holidays in Queensland, after having moved from the Maroochydore store where she also was manager.

Felicity said the Montville store attracted “lots of tourists” so needed to stock a range of gift items for these customers. She said strong sellers had been books, games, puzzles, toys, DVDs and packs of cards. Those items were “so cheap” that Felicity said holidaymakers could “leave them behind” if they didn’t want to take them home.

“I’m still getting the feeling of the store, but it has such a nice vibe,” she said.

Felicity said the demographic of the Montville customer was different from many other stores where the customers often were struggling with some other day-to-day challenges and seeking crisis assistance the Army could provide rather than just there for the shopping.

The small cottage accommodation industry in the area had been a surprising customer, according to Kathy. “There’s a big contingent of B&Bs up here and what we found was that, when we first opened, people were wanting to finish or fill their places with things that don’t cost a lot of money because, if it gets broken or stolen, it hasn’t cost them a lot of money to decorate,” she said.

“We actually sell quite a lot of nice quilts, cushions, bric-a-brac, homewares, cups, plates ... all that kind of thing to the B&Bs. That’s a market that we never even considered when we were looking at that store.”

Kathy added that, because internet connection was not always strong in the hinterland, DVDs were popular. “We couldn't keep them on the shelves,” she said.

Felicity said gift items was another area she would start focusing on – including jewellery, art and other more “upmarket” items. However, she said the store was not all about the stock.

“When I get the opportunity ... when we’re not so busy, I like chatting with people and thank them for their support and letting them know they are helping the environment. We’re recycling and we’re helping The Salvation Army and it’s great to discuss it,” she said, adding that customers were happy to hear that.