Port Augusta Corps Officer Major Gaye Day settles back with a copy of Christ at the Open Door. 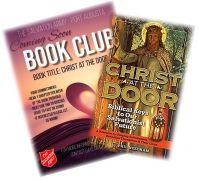 Port Augusta Corps, on the east coast of the Spencer Gulf in South Australia, has started a book club where everyone is given prequel opportunity to take part.

The first book for reading, called Christ at the Open Door, is by retired American Commissioner Phil Needham. It was studied during the recent South Australia/Northern Territory Officers’ Fellowship.

Major Gaye Day, Port Augusta Corps Officer, said that after having studied the book at fellowship, she thought it would be a good book to read at corps level.

Commissioners Robert and Janine Donaldson, Australia Territory Leaders, have encouraged all officers to read the book.

Gaye said it was the first time the corps had started a book club and had been encouraged by the number of corps folk who had shown interest in being a part of it.

The book club was launched as part of group worship at the corps on 9 August, which involved an introduction to the book and then the breaking into small groups to begin the first chapter.

Gaye said club members would read a chapter each week and come together corporately or online to discuss the questions posed at the end of each chapter. 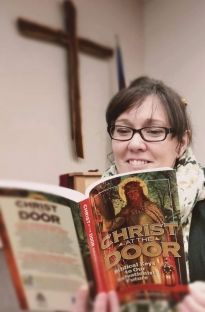 She said because there was an online component to the book club where people met through a video link, people outside the corps could become members.

Christ at the Open Door is described as a resource for helping Salvationists revitalise themselves and their corps.

Gaye said the book would also help the Port August Corps focus on what their church might look like post-COVID-19. “It’s a very good book to challenge the concept of ‘church’,” Gaye said.

She said there were “a few bookworms in the corps”, but the club would also provide an “abridged version” of the book for people who were unable to take part in the “comprehensive study”.

When having the idea of starting the book club, Gaye said she was somewhat “insular focused”, believing it would be just her congregation which took part but, with the concept of some members of the club convening weekly online, there was “no reason” people outside the corps could not take part.

As for the next book for focus: “This book is going to take us about 12 weeks so I haven’t actually moved on to look at what the next book looks like,” Gaye said.

The book’s author, Phil, an officer in the Army for almost 40 years, was a guest at the virtual SA/NT Division fellowship, speaking to the delegates via video link from his home in Atlanta, Georgia, in the US. His last appointment was as territorial commander for the US Southern Territory.