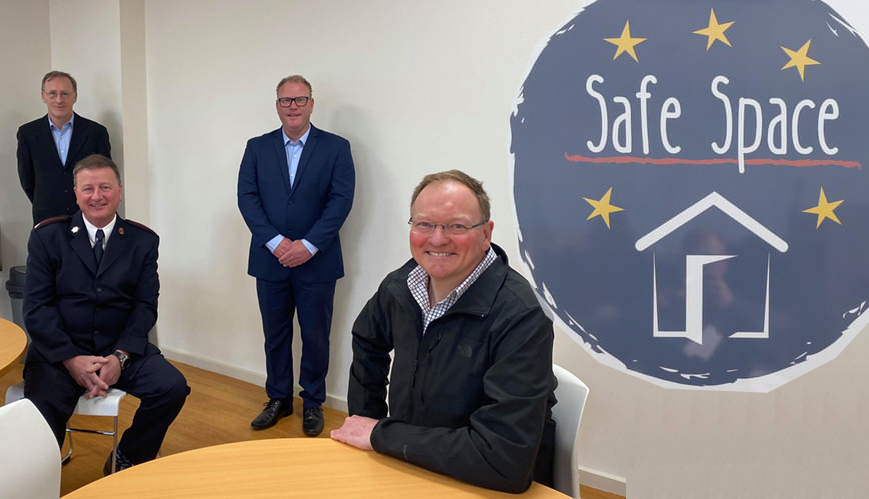 By Jessica Morris and Nathan Hughes

Frank* is a former professional boxer who has faced the likes of Danny Green. He wasn’t a stranger to hard times in the ring, but when life hit rock bottom, he needed some help to find his footing again.

Frank was the first guest at the Burnie Safe Space, a trial program based on a model of care pioneered by The Salvation Army Homelessness Stream and Hobart City Mission in the Tasmania capital in December last year.

After recognising the impact COVID-19 was having on the most vulnerable in the community, The Salvation Army opened the Burnie branch of the Safe Space in July. Funded for six months by the State Government, it not only gives rough sleepers some shelter for the night but also connects them with services that could set them up for life.

“For some, the Safe Space Program may be the first step towards moving off the streets,” said Jed Donoghue, State Manager of Housing and Homelessness with The Salvation Army in Tasmania. “A key aim of this expansion [in Burnie] is the inclusion of ancillary services such as mental and medical health services, Housing Connect and Drug and Alcohol services.”

This holistic approach was just what Frank needed to get back on his feet. With the support of the team at the Burnie Safe Space and collaboration with Oakleigh House, he successfully applied for a unit and has a job at a local pizza business. This gives him the stability to do more than just survive, but thrive.

He was the first of many locals who have been given a second chance through the Safe Space. To date, it has hosted 391 sleepover/stays for people looking for shelter from Tasmania’s frigid winter. And the results are more than just short term.

“We have connected seven people directly to mental health services and four individuals with AOD (Alcohol and Other Drugs) services. And we have also helped facilitate nearly six permanent housing outcomes,” said Jed.

The beauty of the Burnie Safe Space is that it’s an open door to programs that don’t just help people survive the night but find a new way to live. People fleeing domestic violence, experiencing mental health issues or just doing it tough are able to connect with Doorways (emergency relief), Bridge services (Alcohol and Other Drugs rehabilitation), Oakleigh Accommodation Services, corps (church and chaplaincy) and Employment Plus.

Guests who have benefited from this include Andrew*, who relapsed and needed support to withdraw from substance abuse.

“Our staff helped him to navigate the withdrawal process and eventually get him into Serenity House and connected with the Bridge Program, and mental health services,” said Jed. “He is now looking to go back to school as he has a certificate IV in Land Conservation and has almost finished his Certificate III in Horticulture. He will return to Burnie Safe Space where we will help him to develop a resumé and get a job in that industry.”

Burnie Safe Space is also a portal to external services in the state’s north-west, including Launceston City Mission. It means that people like Joe*, who had no housing for two years, was able to finally apply for housing.

“We engaged Housing Tasmania on his behalf and got his application underway,” said Jed. “Joe will be given lodging at the Burnie Lodge with meals three times a day, his own unit and rent assistance. He is over the moon and awaiting more permanent accommodation. We will follow his progress and keep assisting him.”

Three months in and Burnie Safe Space is doing more than just changing lives – the team is giving people a reason to live with hope again. And it all starts with a warm bed and a hot meal.