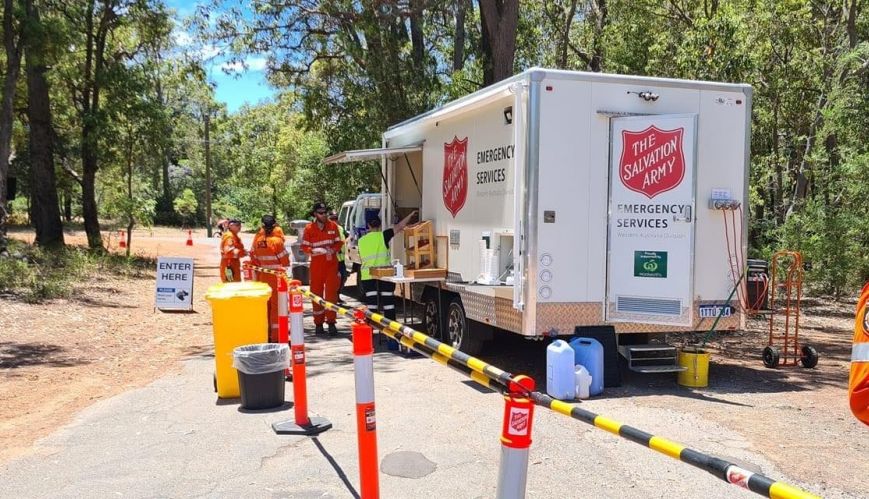 The Salvation Army’s Strategic Emergency and Disaster Management says it is well-placed and prepared to respond to whatever emergencies may arise this holiday season, with crews already in action in Western Australia responding to bushfires. 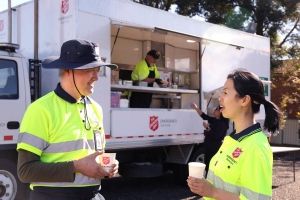 The Salvation Army's Emergency Services (SAES) is part of the organisation’s Strategic Emergency and Disaster Management Department that exists to meet people at their point of need through all phases of disaster, to give hope where it’s needed most. (Stock image)

Blazes north and east of Perth had Salvation Army Emergency Services (SAES) in action in multiple locations at the start of 2021, feeding fire-fighters and other emergency services personnel.

"It has been a huge effort from our volunteers who have come from across the metro area to assist at these three incidents to serve around 1000 meals since Friday [1 January]," a post on The Salvation Army Emergency Services WA Facebook page reported.

In Victoria and Western Australia, SAES crews were called out to several grassfires during December 2020 to provide meals and support to emergency services personnel. Heavy rains earlier that month in northern NSW had crews on stand-by to respond to flooding there.

Whatever the scenario, the General Manager of Strategic Emergency and Disaster Management, Major Topher Holland, says teams are ready “to meet people at their point of need through all phases of disaster, to give hope where it’s needed most – and we want community members to know that ‘there is no pit so deep that love can’t reach you and hope can’t help you’ [Psalm 40].”

During 2020, Emergency Services and Recovery Assistance teams worked to strengthen training and upgrade equipment ahead of the current fire, flood and cyclone season.

Recovery teams across Australia have been trained, many of whom are still deployed and working on long-term disaster assistance after the Black Summer bushfires of 2019-20.

A welcome boost for SAES crews was received with new equipment able to be purchased through The Salvation Army–Woolworths S.T.A.N.D partnership and a generous bequest.

S.T.A.N.D is a Woolworths Group program that provides Support Through Australian Natural Disasters. The program allows customers to contribute at the checkout by purchasing S.T.A.N.D water or by donating their Woolworth Reward dollars. It raised more than $3.5 million for The Salvation Army to assist those affected by the Black Summer bushfires.

“We are so thankful to partner with Woolworths. As a corporate organisation, Woolworths believes in The Salvation Army and our work and their partnership allows us to be prepared and to serve the community with the equipment that we need.”

Topher said that while crews were ready and willing to respond to whatever emergencies occur, Salvation Army personnel across Australia are praying that Australia would get through this summer disaster-free.

“Our hope and prayer is that there will be nothing to respond to, but we are absolutely ready. Wherever there is hardship or injustice, our Salvo emergency services teams are ready to go.”