Fairtrade suits Salvos to a tea Fairtrade suits Salvos to a tea

Salvation Army Outreach Worker Dan Taylor (right) makes a coffee for Johnny Kop as part of its mission to the Villawood region of Sydney.

The Salvation Army and a cup of tea (or coffee) go together like hot chocolate in your favourite mug – so it makes sense that an ethically-minded organisation like the Salvos would ensure its hot beverages are Fairtrade products. 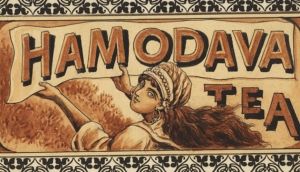 Hamodava Tea was created as a fairtrade tea brand by The Salvation Army’s Adjutant Ashley Lamb in 1897. It means ‘Army’ in Singhalese.

As history goes, Adjutant Ashley Lamb created the first blend of Fairtrade Hamodava Tea in 1887, from a warehouse in Melbourne. And with it, we saw The Salvation Army restructure the beloved tea industry, mirroring what they had achieved in London with match factories in the years before by creating a great product, ethical trade practices, and paying fair prices. Back then, the creation of a Fairtrade product was twofold – not only did it empower farmers in South East Asia to buy their own land, but it also financed Salvation Army work.

Hamodava Tea would remain successful until The Great Depression in the 1930s when it shut down due to the economic downturn around the world. Salvos in New Zealand restarted the brand using the same Fairtrade principles nearly 90 years later – but what does it mean for Aussie Salvos?

“This is an issue that impacts millions of people around the world and Australia is not immune. The Global Slavery Index of 2014 estimated that over 35 million people are enslaved around the world, including in Australia,” says Captain Alexis McKeand, Policy and Social Justice Advisor for The Salvation Army.

“People, including children, are often forced or deceived into harmful situations where they are required to farm our everyday products, such as the cocoa used to make chocolate! Forced to work in unsafe conditions, millions of people are living a life of imprisonment.”

The prevalence of human trafficking is directly linked to the products we consume, which is why so many Salvos are still passionate today about using Fairtrade products.

Many mission expressions choose to use Fairtrade products that provide people with decent working conditions, more equitable prices, and Fairtrade terms for farmers and workers who source the product. It is a simple way to transform Australia – and the world – one life at a time, in Jesus’ name.

“Purchasing ethically-produced goods is an easy way to guarantee the products we consume in our everyday life – tea, coffee, chocolate – are free from modern slavery and human trafficking,” says Alexis.

For the team at Villawood Salvation Army, in south-west Sydney, the use of Fairtrade tea and coffee goes beyond just “putting [their] money where their mouth is,” as Outreach Worker Dan Taylor says. It’s about sourcing what is equitable and sustainable to further transform their community – much like what the early mission of Hamodava was.

“We have used Fairtrade coffee for three years, and we value it because of what it stands for. If we don’t put [our] money where our mouth is, there is no change,” said Dan. “We use it with our coffee van, which does community work, and train people [in hospitality] to give people a leg-up who wouldn’t gain that experience anywhere else.”

With Easter coming up in April, you can also look for the Fairtrade logo on your favourite ‘chocolate-y’ treats. Who would have thought you could change the world with a cup of coffee?

World Day of Social Justice is on 20 February.