Building community a load of rubbish for Riverland Corps 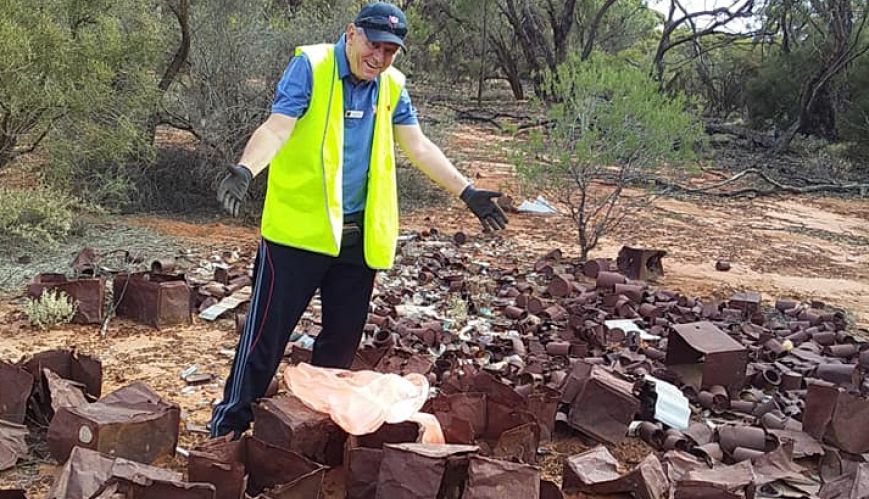 Building community a load of rubbish for Riverland Corps

Rusty, old, metal containers and tools were among the most ‘interesting’ items of rubbish collected by members of Riverland Corps in South Australia as part of Clean Up Australia Day this year.

Helen Adamzyck, Berri Salvos Stores manager and Riverland Corps administrator, said “historical dumping” was the term given to such items.

Helen said a lot of old and rusty kerosene tins were discovered in one spot. The tins were popular about 50 years ago with vineyard operators and wineries in which to collect grapes during picking season but no longer used.

She said takeaway restaurant wrappers and containers, by far, contributed to the bulk of the rubbish collected over a 3km stretch of the Sturt Highway between Monash and Barmera. Then there were the mandatory dead animals, broken glass, bottles, aluminium cans, used tyres and some mattresses – along with barbed wire and pieces of metal.

Dumping along the highway had become more prevalent in recent years as fees to use refuse dumps in the region had increased significantly.

Helen said this was the second time the Army had been asked by the Monash Country Fire Service (CFS) to help out on Clean Up Australia Day. Monash is a tiny town of about 1200 people on the Sturt Highway between Barmera and Renmark near the South Australia/Victoria border. 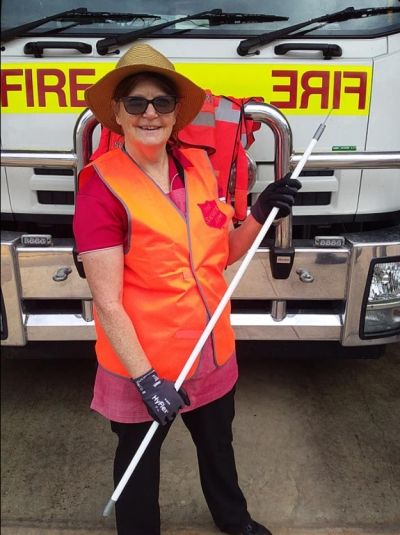 The first time was in 2019 but, due to COVID-19 restrictions, the Army was not involved last year.

Helen said the corps saw being involved in the activity as a “great community-building exercise”.

“We see ourselves as building community and serving community,” Helen said. “Our corps has a really strong emphasis on that.”

Four members of Riverland Corps worked alongside about 25 other volunteers from the CFS, a local rubbish removal firm and townsfolk between 9am and midday before a barbecue lunch.

Clean Up Australia Day was the vision of Australian yachtsman, property developer, builder and environmental campaigner Ian Kiernan AO, who died in 2018.

Since its beginning in 1989, the day has become what has been described as the nation’s largest community mobilisation effort, where people around the country take part annually to rid streets, highways, beaches, parks, bushland and waterways of rubbish. It is also recognised internationally.

Helen said the corps was supplied the bags [in which to put the rubbish], signs and hand sanitiser but “we supplied our own spiking sticks – so you don’t have to handle the rubbish – our own gloves and [high visibility] vests.”

The Army team also was highly visible: “Whenever we go out as a corps, we always go out ‘badged up’ with T-shirts with our logo on them so we go out as The Salvation Army so the people know we’re present in the community.”

Taking part in community ventures like Clean Up Australia Day falls in line with The Salvation Army’s mission statement to care for people, create faith pathways, work for justice and, in this case, build healthy communities by showing the love of Jesus.