Historic day for Army in Samoa 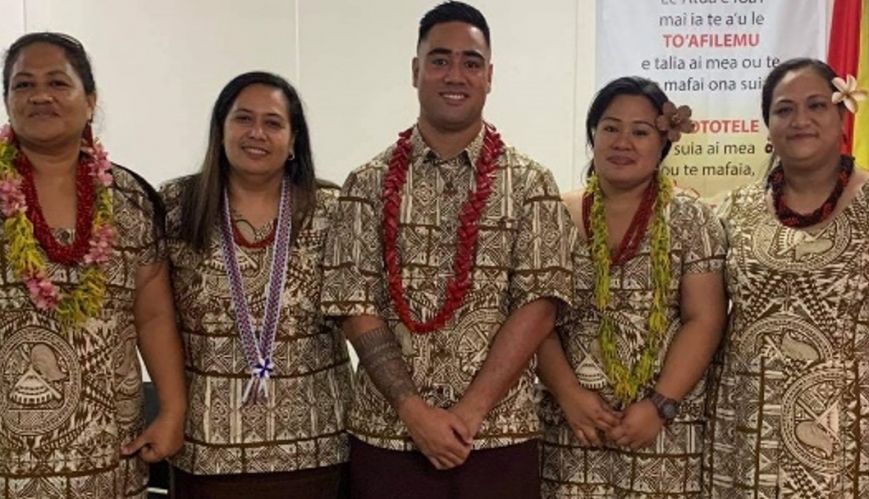 Historic day for Army in Samoa

The first students have graduated from The Salvation Army’s inaugural Tutuga Taume Mental Health and Addictions training program in Samoa.

The graduation ceremony, which received national coverage, was a “special event” and “a joyous day”, said Nat Senio, the Army’s Partnership Development Manager, who is an alcohol and other drugs (AOD) clinician and was the course’s lead trainer.

Nat said it was “a great achievement” by the students to graduate after displaying “a tremendous amount of motivation, passion, determination, courage and tenacity” to get through the program.

The ceremony was the culmination of three years of work that began in 2018 after the Samoan Government had invited the Army to provide church, community and social services in the country. Samoa is part of the New Zealand, Fiji, Tonga and Samoa Territory.

There was no specialist community AOD service in the country before the Army arrived, according to Nat. “An Alcohol and Drug Court had been established in 2016 that provided an intensive treatment program for those who were eligible,” she said. “Others who were not eligible did not receive any treatment support.”

Nat said that once the Army officially began operations in the country on 1 August 2018, several key partners, including the Ministry of Justice and Courts Administration, began referring clients to its Addiction Services.

“It soon became very apparent that the need for alcohol and drug [rehabilitation] services was going to be significant, as we soon began to exceed the predicted number of referrals, which then naturally progressed to further consideration of how we were going to best meet this need going forward,” Nat said. “To date, we have supported 1037 clients through our Addiction Services.”

Nat said when the course components were being compiled, the role of a qualified AOD clinician was not recognised as a profession eligible for registration in Samoa, so to have experienced staff in its facilities was virtually non-existent.

“We did not see this as a problem, but, as an opportunity, we set about creating a workforce development pipeline that would commence at a certificate level and go all the way through to post-graduate study,” Nat said. She added that it was not “a straightforward task” considering it was the first time a program designed specifically for the Samoan context had been attempted.

“We took what we knew from working with Pacifika people in New Zealand and used it as a lens to assist us to develop a program that would be relevant, meaningful and culturally appropriate in practice in Samoa,” she said.

It took about six months to research and build the program that eventually comprised six modules that would take 390 hours to complete. Two AOD trainee roles were created within the Army, and conversations began with the Samoan Qualifications Authority to establish a program of learning that would be recognised and provide entry-level skills and knowledge into the mental health and addictions field. The two trainees were the first to be enrolled in the course run at the Samoa Regional Headquarters in Moto’otua.

When designed, the Army offered two places each on the inaugural course to four other organisations in Samoa – the Goshen Trust, the Ministry of Justice and Courts Administration, the Samoan Victim Support Group and Teen Challenge. Its two trainees filled the other spaces.

“Through our monitoring and evaluation processes, we will be reviewing the program and its delivery and will make changes accordingly to ensure that we are consistently delivering a high-quality program that achieves all of the intended outcomes,” Nat said.

The name of the program is symbolic in Samoa. It essentially means to bring the light of knowledge and experience into the lives of the course participants from the darkness of no knowledge.

A taume holds the flowers of the coconut tree, and the flower sheaths, when dry, are tied into a bundle and used as a torch. Samoans, traditionally, use the light from the taume to collect shells at night. ‘Tutu’ means to light, and ‘tutuga’ means many lights. Tying many taume together brings more light and, with more light, more can be seen.

The Army plans to begin recruitment for the next cohort in September.

Nat said the Samoan Ministry of Health and police department had shown interest in being part of the next cohort.

She said that, for the graduates, the Tutuga Taume program would enhance the future God had for them: “You are now better equipped to follow the plans that God has for you and that your mental health and addiction knowledge, skills and expertise will help others so that they too, can realise the future that God has for them.”