At The Salvation Army United States Central Territory's Northern Divisional Headquarters in Roseville, Minnesota, an officer from the Ramsey County Sheriff’s Department helps other volunteers pack gifts and cards from inmates in prisons in North Dakota to be sent to their children across the United States as part of the Army’s Toy Lift ministry.

Prisoners not barred from giving gifts

The Salvation Army in the United States has given hundreds of inmates from prisons across North Dakota the opportunity to send gifts to their children this Christmas.

Charles Berry, the Army's Correctional Services Director in the US Central Territory's Northern Division, said the inmates had obviously done "something wrong" to land themselves in jail but that did not mean they should be forgotten.

For 40 years, the division has run an initiative called Toy Lift, which involves Army volunteers taking toys and other gifts into prisons in Minnesota and North Dakota. The inmates choose a gift to send to their children. They are also given the opportunity to write a note, which Army volunteers then wrap and send.

Charles said the Army posted more than 300 presents to addresses across the US as part of Toy Lift 2021. In 2019, about 2000 gifts were sent from prisons in Minnesota and North Dakota. "We’re trying to restore a life. We want them to know someone cares about them," he said. "Yes, the child benefits, but the people incarcerated also benefit."

The program was not run last year due to restrictions around containing the spread of the COVID-19 virus and five prisons in North Dakota are involved this year with those in Minnesota still under pandemic protocols.

Community turns out for Can-A-Thon 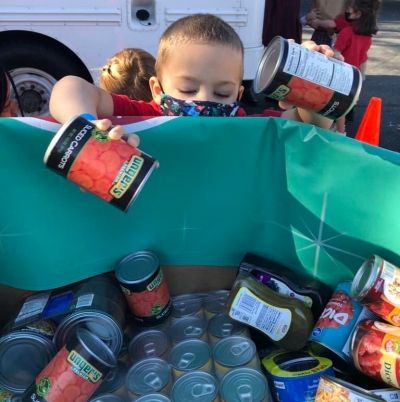 Every little bit helps: A young boy adds his cans of sliced carrots to other non-perishable items as part of The Salvation Army Can-A-Thon in Atlanta.

While the number of people in the United States described as "food insecure" has risen dramatically during the COVID-19 pandemic, The Salvation Army in metropolitan Atlanta, Georgia, hopes its annual Can-A-Thon will make a difference.

"Food insecurity has been with us for a long time [but] it's certainly increased during the time of the pandemic," he said. "What we’ve found is families and individuals have been faced for the first time with some really tough decisions – to put food on the table, to pay rent or utility payments or, for seniors, to buy medicine."

He said the Army’s 39th annual Can-A-Thon was launched on 3 December at three locations around the city with the aim of stocking the 13 food pantries it runs in the metropolitan area. It is run in partnership with online television channel 11Alive and Publix supermarkets. The Army had hoped the public would donate around 200,000 cans of non-perishable food, but the figure was more than 297,000 at the end of the day.

Donkey kicks along the donations The iconic Red Kettle initiative is part of The Salvation Army's annual Christmas Appeal across the US and Canada. Volunteers at the stands ring bells of all shapes and sizes to attract donations – but donkeys are a rare sight.

Red Kettle volunteers Martha Hovre said she and her husband, John, took their donkey to the Red Kettle stand at Blain's Farm and Fleet in Onalaska to help attract donations. The idea was a hit, with children offered the opportunity to sit on Blossom for photographs.

Martha said she had always wanted to own a donkey, due to the animal's significance in the Bible. The Hovres first volunteered as bell-ringers in 2019. 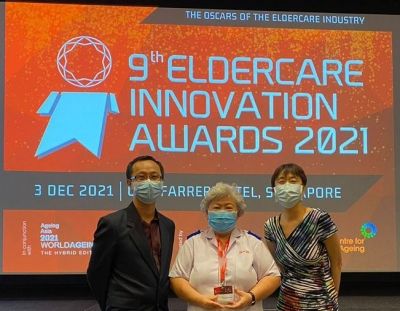 The Salvation Army Peacehaven Jade Circle Arena in Singapore was named 'Best Day Centre Operator' at the recent Asia Pacific Eldercare Innovation Awards 2021. The award is presented to the facility considered as having provided the best centre-based health care and social services to facilitate ageing-in-place.

Organised by Ageing Asia, the awards recognise organisations in Asia Pacific countries that demonstrate eldercare innovation in their business, operational, and service models to change the way seniors age.

Peacehaven Executive Director Mui Lang Low said the centre was grateful to those who provided the opportunities to learn and grow: "We will continue to provide the highest level of care for our seniors. The award gives recognition to The Salvation Army Peacehaven's innovation in care model that emphasises active ageing and meaningful engagement."