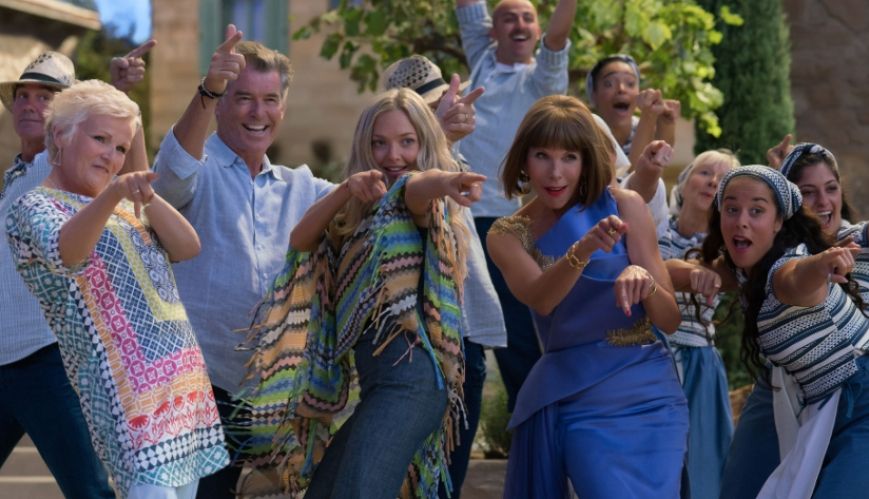 Mamma Mia 2: Here We Go Again's success will be that it is fuelled by ABBA songs, brings back most of the original characters and doesn’t try to mess with the original format.

On the Greek island of Kalokairi, Sophie (Amanda Seyfried) is flat out trying to put the finishing touches on the hotel dream of her mum Donna (Meryl Streep). As Sophie’s three dads and her mum’s best friends arrive for the grand opening, there are flashbacks to younger Donna (Lily James) and how she ended up on Kalokairi – and pregnant.

If you loved the first Mamma Mia movie musical, you should feel the same about the same-same sequel. Not only is Here We Go Again fuelled by ABBA songs – most notably, Waterloo and Fernando – but it also brings back most of the original characters and doesn’t try to mess with the format. Like a TV show whose second season is a lot like the first, Mamma Mia 2 doesn’t find much cause for pursuing new terrain of drama or mystery or suspense. Instead, it just gives fans more of what they loved – ABBA, Kalokairi and the family problems of Donna. Also, Lily James (Baby Driver, Cinderella) does a top job as the younger version of free-spirit Donna.

I wasn’t a fan of Mamma Mia, despite being an appreciator of the pop genius that is ABBA. Many of the reasons I disliked the first movie musical are repeated in Here We Go Again. There’s not much of a story in the Mamma Mia movies and the characters, except for Donna, are about as deep or meaningful as a disco ball. But my main gripe is with the terrible plotline of Donna not knowing who her daughter’s father is – and how that is served up as somehow romantic and progressive. Here We Go Again lets us in on how Donna got intimate with three handsome gents in a short period of time, still with the goal of presenting it as lighthearted entertainment and somehow sweet.

In case you missed it – I have quite a problem with Mamma Mia’s story being lapped by millions around the world as if it’s just a nice if complicated tale of love. Seriously? If you stop for just a second and weigh up the relationship (and moral) advice of the Mamma Mia movies, you should register how erratic, messy and self-centred it tends to be. Even as Donna is painted as an amazing woman, some of her choices were terrible and caused plenty of hurt and angst. But Here We Go Again still has the gall to allow Donna to ride a moral high-horse about telling the truth, as if honesty is the only virtue that anyone MUST uphold. Not that there’s anything wrong with telling the truth. That’s great. But I’m hardly keen on taking guidance about being a good person from someone who can’t see her own hypocrisy, let alone seek to do something about it.