You are here: Home › Reviews › Book Review From The Archives By David J Miller

Book Review: From the Archives by David J. Miller 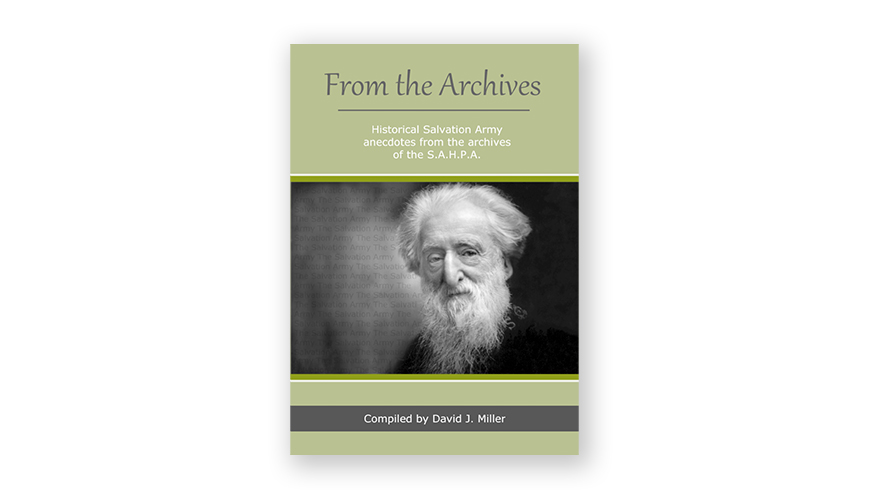 Book Review: From the Archives by David J. Miller

From the Archives is based on material from The Salvation Army Historial and Philatelic Association.

David Miller has assembled stories as disparate as ‘The Brides of Christ’ and ‘The Salvation Army and Corporal William Clamp VC’ to ‘Dublin’s Hallelujah Lasses’ and ‘The Lost Tribe?’ There are also stories of Salvation Army struggles and victories at individual, corps and organisational levels.

This is a good read, marred a little for me by its lack of Antipodean content. The S.A.H.P.A. holds a wealth of knowledge in its archives and in the collective knowledge of its some 2200 members scattered around the world. The association was launched in July 2005, with the merger of the Christian Mission Historical Society and The Salvation Army Philatelic Circle.

From the Archives – Historical Salvation Army anecdotes from the archives of the S.A.H.P.A. is available at Melbourne Salvation Army Supplies (1800 100 018) or commerce.salvationarmy.org.au

LINDSAY COX IS THE MANAGER OF THE SALVATION ARMY MUSEUMS IN AUSTRALIA.