A brother and sister escape Nazi pursuers in World War Two in this historical fiction book for teenagers.

Skilled novelists write stories that induce readers to suspend their incredulity so that the drama and intrigue of the story holds up. That is why teenagers will relish Hunger Winter by Rob Currie. 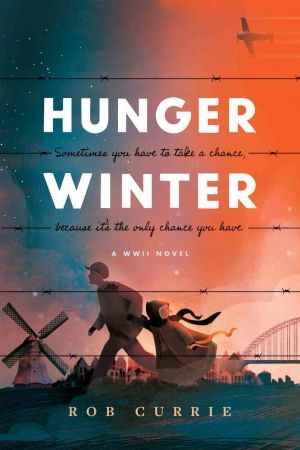 The narrative follows 13-year-old Dutch lad Dirk and his sister, Anna, who is six, as they escape their Nazis pursuers. Their father, a member of the Dutch Resistance, is missing while their older sister is being interrogated by the Gestapo.

The children are arrested but elude their captors and footslog it to safety braving many dangers. Always at risk, they suffer extreme hunger and cold in the European winter of 1944.

The gripping story of Dirk and Anna seems more believable to me because I personally know an elderly Dutch lady whose story resembles theirs. The courage and tenacity of the young sibling heroes will appeal to young people for whom Hunger Winter was written. A study guide and war chronology are included.

This is an interesting and informative read for teens, giving them the ability to better comprehend the personal toll of World War Two.

Hunger Winter is available at Koorong and major bookstores now.