You are here: Home › Reviews › Book Review On A Barbarous Coast By Craig Cormick And Harold Ludwick

Book Review: On a Barbarous Coast by Craig Cormick and Harold Ludwick 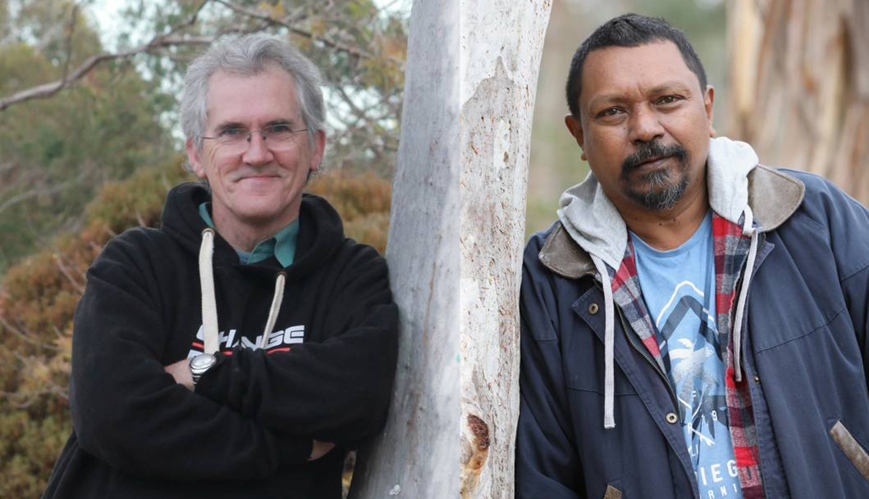 Book Review: On a Barbarous Coast by Craig Cormick and Harold Ludwick

Harold Ludwick and Craig Cormick collaborate to tell an alternate version of history, in a novel where Australia’s First Peoples are celebrated instead of colonised.

What would the land we now call Australia be like today if Captain Cook’s journey on the Endeavour ended in a shipwreck rather than colonisation? 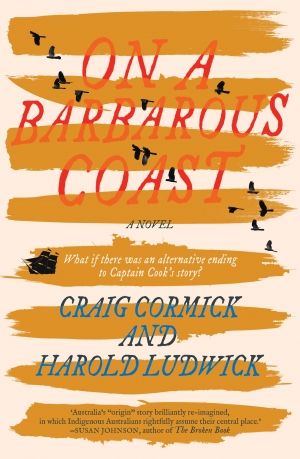 In this fictional narrative steeped in historical evidence, Guugu Yimidhirr man Craig Cormick and author Harold Ludwick show that while colonisation was seemingly inevitable, its outcome could look vastly different if approached with respect, compassion and reverence.

Chapters alternate between accounts given by Magra – a midshipman on the Endeavour (which wrecked and narratively never recovered after leaving Botany Bay), and Garrgiil, a young Guugu Yimidhirr man whose people live near what we now know as Cooktown in Far North Queensland.

Through this, we experience the harshness of the Australian landscape and observe how Australia’s First Peoples have lived off the land for 65,000 years. While a concussed Cook and his divided crew struggle to stay alive, Garrgiil and his people observe their journey through the lens of their Dreamtime, ritual and community connection.

As a white Australian whose ancestors were brought here as convicts, I learned a great deal from Garrgiil’s fictional narrative. His connection to land, the divine and creation stand in stark contrast to the shipwreck survivors, whose fear and pride leads them to divisiveness, sexual misconduct, assault, discrimination and murder. In doing so, the story diminishes the ‘white saviour’ complex of colonisation, showing that all humans are created equal and are equally capable of doing good and evil.

Interestingly, the addition of a Christian character, Sydney Parkinson (a Quaker and botanical illustrator on the Endeavour, whose diary informed many parts of this book), addresses how different cultures experience God and why this challenges empirical perceptions of Christianity.

On A Barbarous Coast has a slow (albeit tumultuous) start, and it will take a while to get your head around all the shipwreck survivors and their motives. However, the crux of this novel is enlightening and important for Australian society, as we work towards reconciliation.

On A Barbarous Coast is available at major bookstores.