You are here: Home › Reviews › Book Review The Chosen Come And See By Jerry B Jenkins

Book Review: The Chosen, Come And See by Jerry B. Jenkins 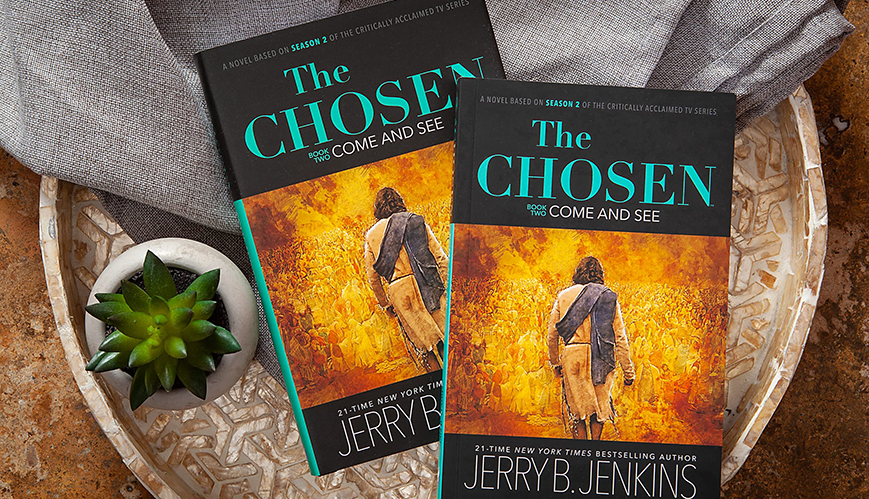 Book Review: The Chosen, Come And See by Jerry B. Jenkins

In book two of The Chosen series, based on the acclaimed TV series of the same name, we learn more about the upside-down Kingdom of God and how Christ challenged the social, cultural and gender roles of his day.

As far as novelisations about the life of Jesus go, The Chosen series, based on the TV show of the same name, is one of my favourites. And in book two of the series, based on the eight episodes in the show’s second season, we are given further artistic insight into the humanity of Jesus’ followers.

Focusing on the launch of Jesus’ ministry before culminating with the Sermon on the Mount, we see Jesus labouring to teach his disciples what the Kingdom of God is like. For the first time, ‘Sons of Thunder’ James and John are chastised for their racial prejudice against Samaritans. We see Christ gently subvert Peter’s attempt at becoming second in command, and his female followers embrace the radical practice of equity as they learn to read, write and memorise scripture – something generally reserved for males in ancient Judea.

The high point of this novelisation is the detailed cultural description set out for us. We learn about the strong anti-Roman sentiment of the oppressed Jewish people and grow to understand the movement of Zealots. We also begin to see the levels of social hierarchy in different groups of people of the day, where like in modern times, your gender, race, ability and family line determine your social standing. The ragamuffin nature of the disciples really drives home how open and inclusive Christ is.

Notably, the disciple Thaddeus has a physical disability (this was written into the script after director Dallas Jenkins discussed it with actor Giavani Cairo, who lives with a limp). They bravely create a space for this to be discussed in light of Christ’s healings and what that means for the character. There is also a heartbreaking but necessary look at trauma as Mary of Magdala has a flashback to her past when she was assaulted, and she flees Christ as she becomes consumed by her pain.

This book shouldn’t be read as an alternative to the gospels. Instead, it is a beautifully thought-out and researched fictional piece of writing penned by renowned American evangelical author Jerry B. Jenkins. So don’t read this as gospel, but embrace the humanity and questions within the text. It will move your spirit and challenge your ideas about what it means to welcome all into the Kingdom of God.

The Chosen: Come And See is available at Christian bookstores.