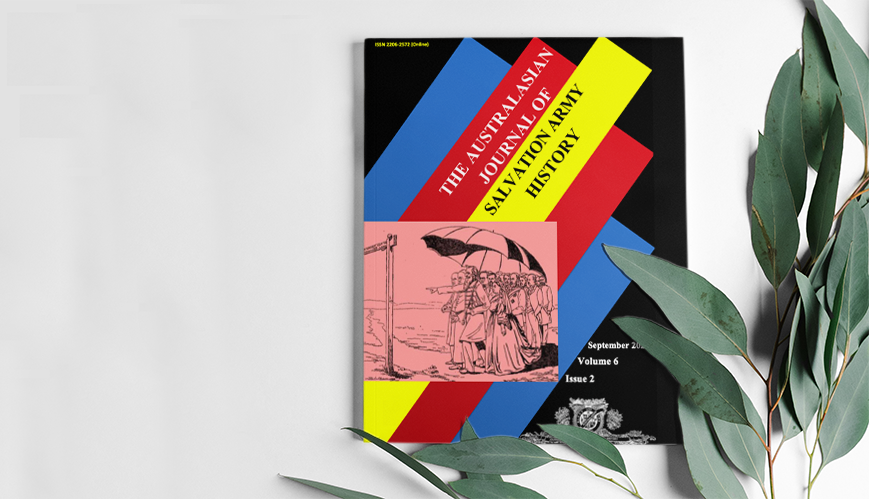 The latest issue of The Australiasian Journal of Salvation Army History gives a detailed look at Army history in the movement’s early days and more recent history in Zambia and New Zealand.

Compiled by Executive Editor Garth R. Hentzschel, the mammoth amount of research, storytelling and peer reviews that go into each issue is astounding. Now we are presented with volume 6 issue 2, and the quality is no less.

In this issue, we are gifted with essays on the past and present Salvation Army. Professor R.G. Moyles takes a delightful look at cartooning of The Salvation Army in Victorian Britain, while Selwyn Bracegirdle explores the origins of Catherine Booth’s quote about ‘disturbing the present’.

There’s also a lot to offer closer to home. Lieut-Colonel Bill Allott conducts a fascinating study of politicians in New Zealand who were affiliated with the Salvation Army, and Ron Inglis goes through the lives of expatriate staff appointed to The Salvation Army Mission in Zambia from 1970-1985. With more than a few familiar names and some iconic photographs, this is a real treat for anyone involved in the Chikankata mission.

With plenty of book reviews, as well as a piece dedicated to Lieut-Colonel Ian Southwell, written by Major Stephen Court, this edition of the magazine will keep you going for at least a month.

To subscribe to The Australasian Journal of Salvation Army History, email AJSAHistory@gmail.com.