You are here: Home › Reviews › Movie Review And Giveaway Son Of The South

Movie Review and Giveaway: Son of the South Movie Review and Giveaway: Son of the South

Son of the South tells the true story of Bob Zellner (played by Lucas Till), a prominent civil rights activist who learned from Dr Martin Luther King Jnr, Rosa Parks and John Lewis.

Others has one double pass for Son of The South to give away thanks to Heritage Films. To enter, email your name and address to Jessica.morris@salvationarmy.org.au by noon Friday 14 May.

The civil rights movement in the United States has made international headlines over the past few years for good reason.

The deaths of George Floyd, Ahmaud Arbery and Breonna Taylor show that racism still runs deep. And as we seek to overcome this across the world, we must learn from the giants of the faith who went before us. 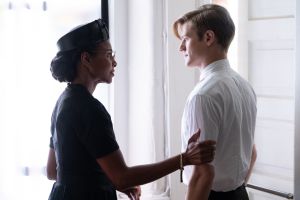 Bob Zellner is one of those giants. A Freedom Rider and civil rights activist, Zellner was the first white field secretary of the Student Non-Violent Coordinating Committee (SNCC), a principal student organisation during the American civil right s movement of the 1960s. In joining this, he went against his southern Alabama roots and his family heritage in the Ku Klux Klan to pursue justice.

Learning from the likes of Dr Martin Luther King Jnr, Rosa Parks and John Lewis, Zellner was the son of a Methodist preacher, and we see how his faith radically shaped his choices. So much so, that it resulted in him being arrested 17 times, and surviving many near-death instances.

In Son of the South, we learn how the then college-aged student was confronted with his own privilege after studying racism at university. Lucas Till (MacGyver) plays Zellner with an endearing sense of ease – his initial ambivalence towards ‘choosing a side’ is subverted as he chooses to listen and learn. And it is incredible to see civil rights leaders like Dr King, Parks and a young Lewis educate him with kindness, conviction and grace.

When it comes to learning about racial injustice, it is always best to absorb the assets our brothers and sisters of colour have generously provided for us. But as a secondary resource tied directly to the civil rights movement, this film is a gold mine of wisdom, inspiration and conviction on how we are called to live like Christ in the wake of racial injustice.

Zellner, now 82, was involved in the film, which was based on his autobiography, and his influence drives home how necessary his journey towards activism and equality still is today. The moment where Till as Zellner powerfully asks, “What would Jesus do?” and contrasts his inaction to Lewis is incredible. Bob Zellner turned his back on his Klu Klux Klan heritage to pursue justice and was motivated by his faith in Christ.

And as the SNCC depicts their choice to respond to violence and death with peace, we are reminded that living like Christ requires Spirit-filled bravery that turns the world's power structures on its head.

With moments of wit, sensitivity, and gut-wrenching scenes that remind you of what we see on the news, Son of the South is a call for white people to open their hearts to our black and brown brothers and sisters. And even though the events are distinctly American, the same spirit of racism still runs deep in this land we call Australia today – and that means we have much to learn from this film too.

Son of the South is rated M for mature themes and violence. It is out at cinemas from 20 May.