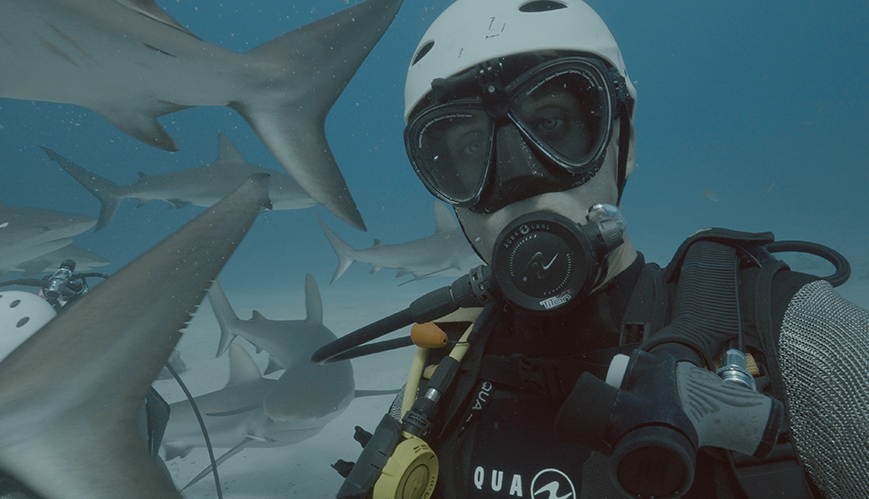 Envoy: Shark Cull, covertly filmed in oceans across the world over seven years, brings together some of the best ocean-life experts and advocates to educate us about how sharks are being treated in Australian waters.

I have never considered the wellbeing of sharks, despite living in a country surrounded by majestic oceans and diverse sea creatures. However, that’s what made me a prime viewer for the new Australian documentary Envoy: Shark Cull. Not only did this documentary, narrated by Eric Bana, educate me about how many sharks are at risk or vulnerable to extinction, but it also taught me to respect and empathise with these magnificent creatures.

Queensland and NSW governments are currently implementing a shark cull known as ‘Shark Safety’ programs. Now, if you’re like me, you may think, “Well, it’s all in the name of protecting swimmers from apex predators, right?” – but over the course of an hour and 40 minutes, a panel of researchers, environmentalists, shark-attack survivors (yes, really) and pro-surfers showed me there’s more to these policies than meets the eye.

Shark nets and baited drumlines have been used in our oceans since the 1930s with the idea that they keep sharks out of public swimming areas. It sounds simple enough, but the science shows that these nets do very little to reduce shark attacks, which, as our experts point out, rarely happens. In fact, sharks can often swim underneath, over and around them. But not every sea creature makes it past. Thousands of marine animals, including rays, dolphins, turtles, and even whales, get caught in these nets.

Not only do these dying creatures bring sharks closer to shore, but, according to their footage, few are saved. It means that, in addition to the potential extinction of sharks, ecosystems are at risk, harming the wider environment, killing coral reefs (wait until you see the segment about the Great Barrier Reef) and damaging the economy as tourism declines.

Sure, there are many facts and details in this documentary, but don’t baulk and expect this to be a lecture. This beautifully shot film gave me insight into the magnificence of God’s creation and what it means to steward it with respect, compassion and dignity. And once the experts highlight a handful of humane, non-lethal practices that would be more efficient to prevent shark attacks – which would boost the economy – you can’t help but think they have a point.

What are you waiting for? Rug up, grab a cuppa, and tune into this fascinating film during the lockdown. Take note for the kids, though; there is upsetting footage of mistreated and dying animals.

Envoy: Shark Cull is rated M, and is screening nationally in cinemas in Australia and New Zealand from 21-25 July. Find ticket and cinema info at: https://watch.envoyfilm.com.au/

For people affected by current COVID lockdowns, there is a Premium online viewing of Envoy: Shark Cull available, but only for a limited time. Info at: https://watch.envoyfilm.com.au/