You are here: Home › Reviews › Movie Review The Report 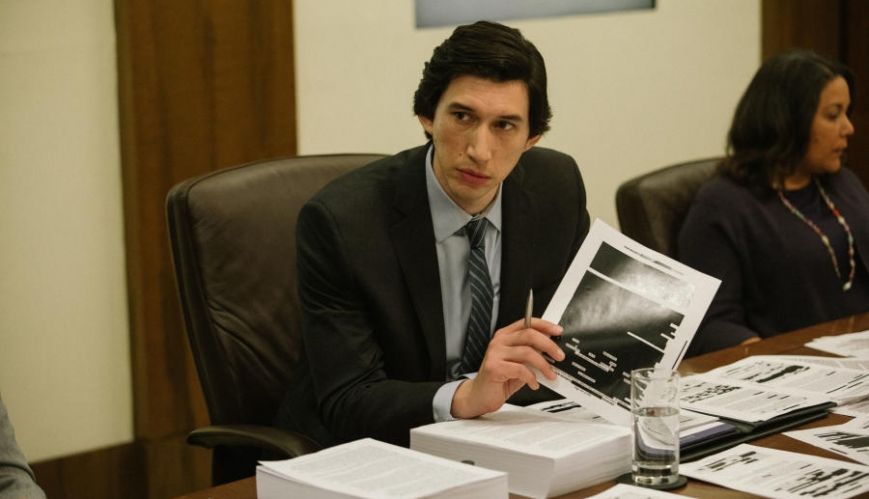 Adam Driver plays Daniel Jones, who investigator who uncovers the CIA's sanction of torture in intelligence-gathering in the wake of the terrorist attacks on the Twin Towers in 2001.

Based on a true story, the report stars Adam Driver as Daniel Jones, an idealistic staffer for the United States Senate. 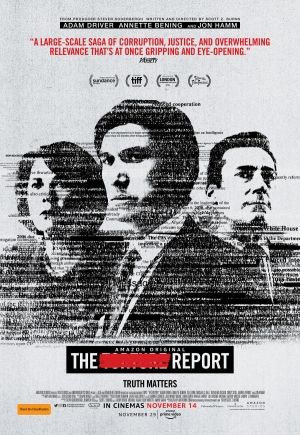 He is tasked by his boss to create a true and accurate account of the CIA’s use of ‘Enhanced Interrogation Techniques’ (EITs) – what most of the world would call torture – the new approach to intelligence-gathering adopted in the wake of the worldshattering events of 9/11.

However, as the invasion of Afghanistan progressed, the Second Gulf War came and went, and evidence of Allied abuses in Abu Ghraib and other locations emerged, key voices began asking what America’s fear had given birth to.

One was Senator Dianne Feinstein’s, the Senate Intelligence Committee chair. She charged Jones with finding out exactly what the CIA had been doing to its prisoners. What followed was a five-year investigation that uncovered a startling array of facts about the use of EITs.

Among the findings was that EITs were used on 119 detainees on thousands of occasions, without delivering a single piece of usable intelligence the CIA didn’t already possess. And it’s this point that actually involves you and I in the story.

In 2013, the film Zero Dark Thirty was nominated for five Academy Awards, including Best Picture, along with four Golden Globes.

The film’s creators purported to show the unvarnished truth behind the successful hunt for Osama bin Laden. In it, condemned CIA tactics such as waterboarding and extreme confinement are pictured as the methods by which operatives uncover the archterrorist’s location.

Such ‘results’ allowed torture to occupy a morally grey area in the public consciousness. However, The Report reveals this to be a complete fabrication straight from the CIA’s mouth.

The hunt for Osama bin Laden was in no way assisted by EITs, and so the film’s spotlight shows torture to be the morally irredeemable action it is. Yet Jones’ report was a truth no-one was eager to read.

As Jones nears the completion of his task, more and more obstacles are raised to his findings ever being released. This gives rise to an increasing amount of frustration in the staffer, as well as shameful tactics from those with a vested interest in the agency’s vindication.

By The Report’s end, it has become abundantly clear that the CIA’s backing for EITs is more ideological than practical. It shows the sanctioning of torture, and the subsequent cover-up that followed, arising from a combination of pride, fear and shame.

All of which make for bad decisions – public and personal. As a Christian documentary maker, I have spent decades assembling information about the veracity of Bible accounts, and the validity of its findings about the human condition.

There is, for example, no credible argument against the historical existence of Jesus or the records we have for what he taught. His warnings regarding our opposition to God and the outcome should we continue, are as verified as any writing the ancient world has to offer. Yet the same factors prevent people from embracing Jesus’ truth.

Pride makes it impossible for many to admit they are not the masters of their lives. Fear of what others will say stops us from investigating Jesus’ claims. And shame over the state of our hearts prevents us from finding the forgiveness that could be ours.

Like those convicted by The Report, we can still sit and hope the truths Jesus revealed will somehow be swept under the rug. Yet, if this film has anything to say to students of history, it’s that truth, whether public or personal, always comes out. The question is, will we be ready to own it when it does?