You are here: Home › Reviews › The Angry Birds Movie 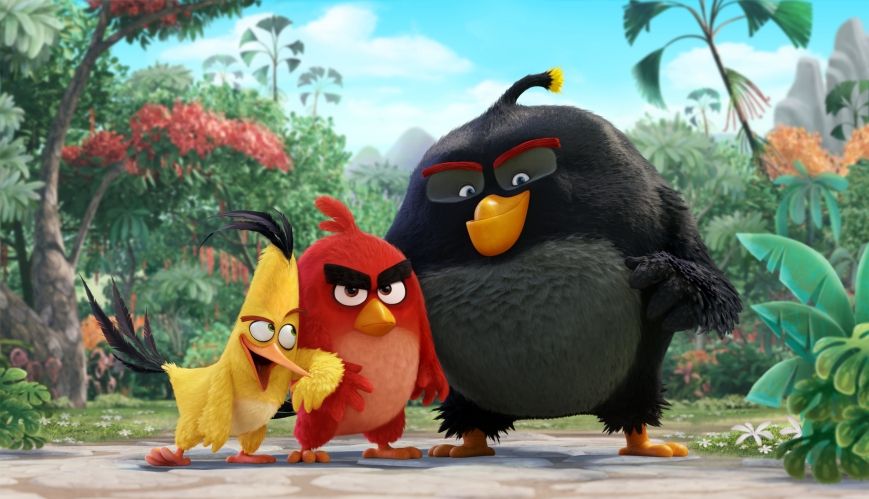 Angry Birds wouldn’t be the first video game to make the jump to the cinema screen, but its slapstick approach to a serious emotion might have a more profound effect than most. Angry Birds is joining a line-up of games-to-films productions releasing this year. Ratchet and Clank opened in April, Warcraft releases in June and Assassin’s Creed will follow in December.

However, it’s easy to see why producers look at a “freemium” App like Angry Birds and want a piece of the franchise. The original game involving egg-napping pigs and exploding avians has hatched 14 more Apps, two cartoon series, theme parks and an avalanche of merchandise. By June last year the games alone had accounted for three billion downloads worldwide. But how do you turn a non-story-based game into a feature film? The answer is anger.

The plot-line of The Angry Birds Movie opens on a peaceful island populated by flightless birds where the temperchallenged “Red” is attending courtappointed anger management classes because he can’t fit in. However, when the evil pigs arrive and make off with the island’s eggs, Red is the one his feathered friends turn to for an appropriate response. Lead actor Jason Sudeikis says The Angry Birds Movie is about legitimising a forbidden emotion. He told entertainment site Fandango: “We’ve gotten better at acting like [anger] doesn’t exist, but it clearly still does. Don’t go too far – don’t let it all the way in and don’t let it all the way out – but a little toot of anger every now and then is a nice thing.”

But redeeming anger isn’t a simple matter of allowing yourself permission to let off steam. Psychologists describe anger as a secondary emotion; it rises from other states buried deep in our hearts. An angry response that emerges from an offended sense of justice might have an appropriate context. However, outbursts that arise from guilt, anxiety and fear are much harder to justify. Giving voice to the anger that comes from seeing others endangered or injured could be applauded, but do we really want to encourage our children to make space for the anger that arises from offended pride or jealousy?

So long as we remain in these bodies we have to teach our children to measure their motives carefully. The root that gives rise to our anger matters immensely. But even more importantly we need to show young ones how to gain good hearts by bringing them to Jesus. The Angry Birds Movie might suggest that allowing our anger a place is a healthy thing, in much the same way that Inside Out made room for sadness. But self-control is the mark of a godly life. I’m not sure there’s any place in the Christian life for an angry reaction. We need to teach our kids to ask themselves harder questions, then respond accordingly.