You are here: Home › Reviews › The Hunt For The Wilderpeople

The Hunt For The Wilderpeople

The Hunt For The Wilderpeople

The Hunt For The Wilderpeople is a wry New Zealand adventure that well reflects the laconic sense of humour thriving on both sides of the Tasman “ditch” – but it will be a tragedy if viewers only see it as another kitsch comedy. This story about a troubled boy and a misfit old man discovering a bond that withstands society’s worst criticisms, provides a perfect illustration of the unity oddball Christians also enjoy.

The Hunt For The Wilderpeople is based on the novel Wild Pork and Watercress, by New Zealand author Barry Crump. His story concerns an overweight Maori boy called Ricky Baker who has been shunted from foster home to foster home before finally arriving on the farm of Bella Faulkner.

Ricky is destined for juvenile detention if he can’t make this last placement work, but this would-be “gangsta” can’t think of anything else but escape. However, Bella and her husband Hector (Sam Neill) are also “people without people” and they set about creating a family where Ricky can really belong. When a tragic event snatches Bella away, and social services threatens to move Ricky on, he and the curmudgeon Hector are forced to discover how strong their new ties will be. The pair head bush and the chase that follows is laugh-out-loud funny. Yet it’s also endearing as Ricky and Uncle Hector forge a new definition of family – the Wilderpeople.

Writer/director Taika Waititi has done a brilliant job crafting a story that will draw guffaws from kids and parents alike. Waititi also does a wince-worthy cameo as a minister of religion whose funeral service well encapsulates the sort of nonsense non-Christians have heard from preachers who’ve left the Bible behind: “So let’s pray that Jesus will make it a bit easier to get through those doors and get to [his] bounty of delicious confectionary.” It’s a pity the only presentation of Christianity is a negative one though, because the very essence of family the film offers up is one that’s been at the heart of God’s community for 2000 years. 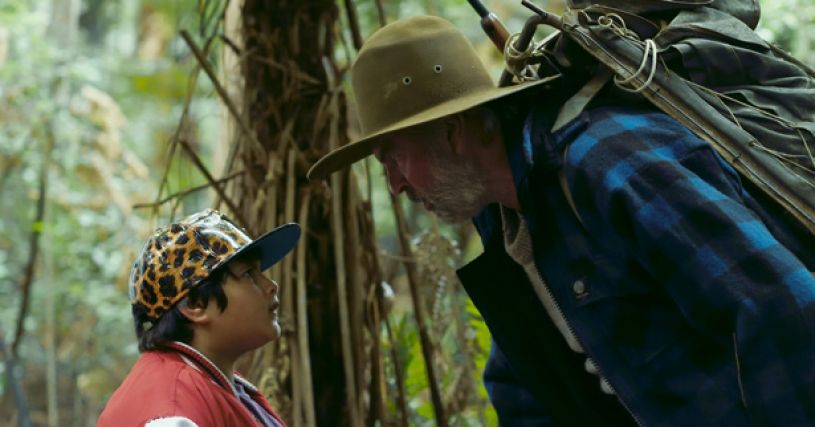 The basis for their family rests on a shared love for Bella and an acceptance of each other that transcends society’s standards of success. Like the apostle Paul’s description of the early church, their weaknesses actually make room for something much, much stronger: “Brothers and sisters, think of what you were when you were called. Not many of you were wise by human standards; not many were influential; not many were of noble birth. But God chose the foolish things of the world to shame the wise; God chose the weak things of the world to shame the strong,” (1 Corinthians 1:26-27).

The Hunt For The Wilderpeople has a few words that might be unsuitable for young ears, but it presents a picture of family Christian parents will have no trouble getting behind. We don’t build on what others think of us, but on what someone has done for us. In this case our weaknesses become all the more valuable because they serve to display the love and strength we find in God and each other thanks to a shared spirit.

In the case of the Wilderpeople, this is a desire to put family before everything else. In the case of the church, it’s the Holy Spirit that takes that same motivation and transforms it into an eternal security. Bella might have passed on from Ricky and Hector’s lives, but Jesus persists in offering himself as a foundation for a family that will exceed even Barry Crump’s “majestical” glories of the New Zealand bush.