You are here: Home › Reviews › Why We Love To Play The Game Of Thrones 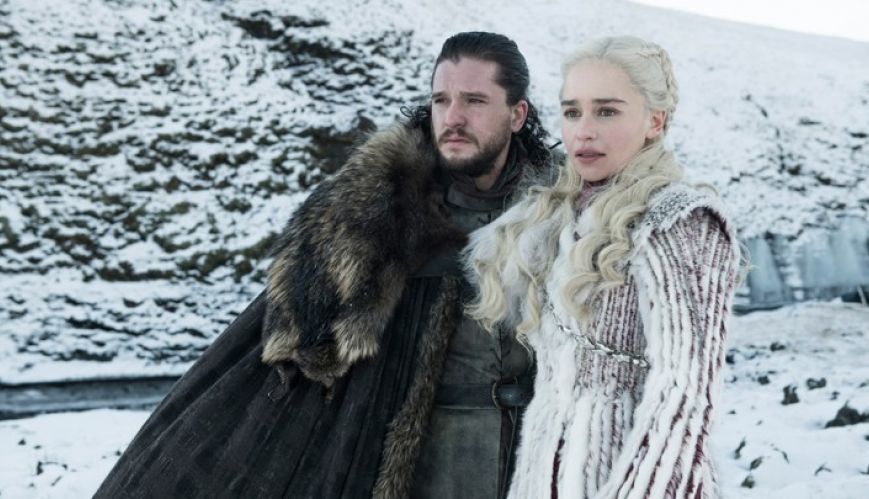 Jon Snow and Daenerys Targaryen have been central to the epic Game of Thrones series which concludes after eight years. Photo: HBO

“When you play the game of thrones, you win, or you die. There is no middle ground.” So says Queen Cersei, summing up the ethos undergirding the eight-year drama that was Game of Thrones.

The series has achieved an audience in the hundreds of millions, making it one of the most popular TV shows in history.

Now the final, record-breaking episode has settled who will sit on the Iron Throne, the question can finally be asked: Why did we love it so much?

A word of assurance. There will be no spoilers from season eight ahead, so readers sharpening their Valerian steel can put down their whetstones. By the time its final season went to air, GoT was already sitting on an average viewership of 10 million viewers per episode in the United States alone.

DVD and Blu-ray collections were also breaking all of producer HBO’s first-day sales records. However you slice it, television viewers have loved the epic battle over the mythical kingdom of Westeros.

GoT has not been short on industry approval either. It has won scores of commendations since its debut, including five Screen Actors Guild Awards and 47 Emmys – making it the most awarded show in Emmy history.

Probably most telling of all, the language of GoT has found its way into popular vocabulary, with phrases like ‘Game of Thrones’ being used to describe the Syrian Civil War, and ‘Khaleesi’ emerging as a popular girl’s name in the US. 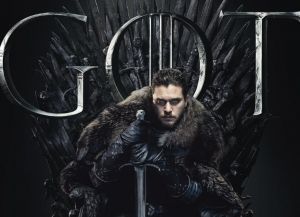 The trouble is, this success just shouldn’t have happened in the West, where individualism, feminism and sexual tolerance are constantly celebrated. GoT is awash with explicit nudity, violence and sexual abuse, especially towards women.

I believe the reason for its success is that because alongside these culturally unacceptable inclusions, GoT supplies the most attractive fantasy of all: meaning.

Cultural analyst Mark Sayer says media consumers are desperately searching for meaning in a world that has been flooded with freedom. He believes human life is best described as an interconnected system of three reservoirs that, when properly balanced, enable flourishing.

Firstly, humans need meaning – to feel like what they are doing is important. Secondly, they need a sense of community – relationships at personal and public levels. Thirdly, they need freedom – the power to express themselves as individuals.

Community and relational connections require boundaries in order to deepen. Likewise, a life purpose grows in value even as we limit our choices to achieve it. But the ability to choose anything, without limit, effectively diminishes the value of everything. Our devotion to freedom at all costs has perversely reaped a harvest of disconnection and purposelessness.

What has this to do with GoT? Well, one way of looking at its roster of characters is a list of those who acknowledge no limits, but have no community or meaning to speak of, and those who have deliberately limited their freedom for the sake of the other two.

There are a range of bad guys for whom the freedom to do whatever the heart requires, results in something less than human. Walking in the light of our approval, though, are characters whose freedom is balanced by a greater meaning.

At some level, we suspect that meaning, not freedom, is the key to our survival. But is this just a plot device for epic television, or does it have a foundation in real life? Do humans in fact have a chief meaning to pursue? 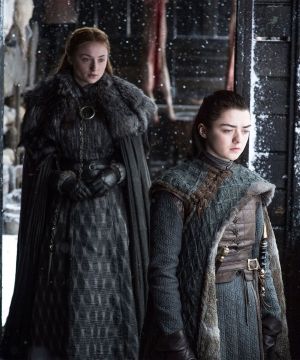 Strangely, up until about 50 years ago, you stood a good chance of getting an answer to that question from any number of young children. Right up until the 1970s, it was not uncommon for children attending Sunday schools in Australia to be taught the Westminster Catechism.

The first question of this summary of Christian belief addressed that life-purpose the 21st century finds itself longing for: Q. What is the chief end of man? A. Man’s chief end is to glorify God, and to enjoy him forever. By submitting ourselves to God, we find our place in the cosmos as his children. The Bible overflows with this meaningfound-through submission.

The book of Ecclesiastes calls it “the whole duty of mankind” (Ecclesiastes 12:13-14), and so the Gospel of Matthew encourages us to “seek first” God’s kingdom and character (Matthew 6:33).

Why? Because 2000 years before the first internet search for ‘the meaning of life’, the Gospel of Luke was warning that “life is more than food and the body more than clothes” (Luke 12:22-23).

Daenerys was one character at least in GoT who understood that the power to act without limit never ends well: “Lannister, Targaryen, Baratheon, Stark, Tyrell ... they’re all just spokes on a wheel. This one’s on top, then that one’s on top, and on and on it spins, crushing those on the ground.”

Yet GoT’s drama was set in a makebelieve world, and so could never do more than reflect our yearnings and hint at their solutions.

The Bible, though, is our history. It’s God’s message to real people who struggle with a real darkness when it comes to direction.

And so, if we’re seeking meaning that will balance out freedom and deliver lasting community and relationship, we need look no further than the words of Jesus: “I am the light of the world. Whoever follows me will never walk in darkness but will have the light of life” (John 8:12).

Mark Hadley is the culture writer for Others and is one of Australia's leading Christian Communicators.