You are here: Home › Salvation Stories › Faith Is Not Real Until You Own It

Faith is not real until you own it 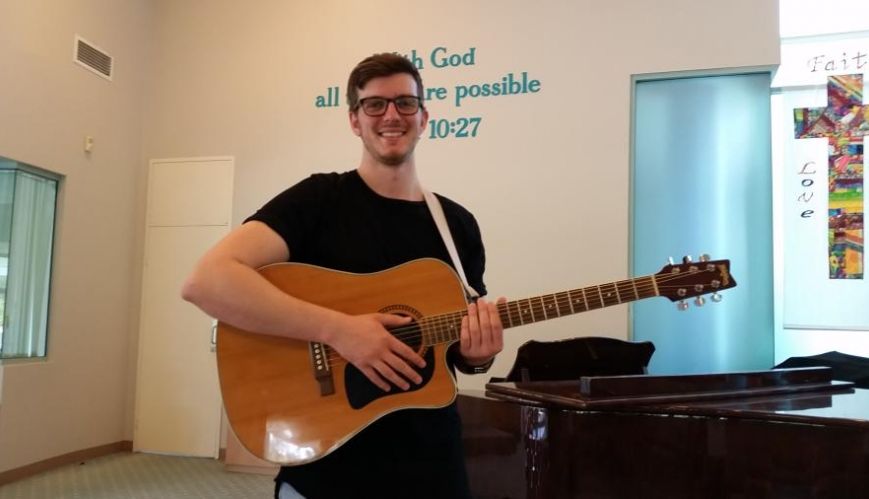 Faith is not real until you own it

"I was pretending to be someone I wasn’t, though, and really, I didn’t know who I was. I did know, though, that there was something inside me that I was ignoring."

For as long as I can remember, I’d always gone to the Salvos with mum and dad, who are officers.

I was involved in all the corps activities – Boys’ Legion, Rangers, Junior Soldiers, Sunday school, the brass band and youth. I was also youth leader and played electric guitar in the worship band.

Growing up, I didn’t really give it all much thought, or question what I was doing. It was just what you did.

I wasn’t really connected to God; not like I am now.

Becoming a junior soldier was something I did because all my friends were doing it, and it was part of growing up in the Salvos. I was very much a sheep!

Again, I became a senior soldier at 14 because everyone was doing it, but I didn’t really take it seriously. In around Grade 10 at high school, I had a lot of non-Christian and atheist friends as most of my church friends went to a different school.

Sometimes at school we would have debates about God and religion and I would always try to defend God. After school I felt more independent and would hang out with my friends, playing gigs together.

I got into drinking and partying but there were still certain things I just couldn’t do that others were doing, like sleeping around or doing hard drugs.

I was pretending to be someone I wasn’t, though, and really, I didn’t know who I was. I did know, though, that there was something inside me that I was ignoring.

During that time, I would still think about God. I would be out playing and partying Friday and Saturday nights, and come home Sunday for afternoon church. I was still close to the guys from the corps and would hang out with them.

One of the youth leaders at the time, Daniel Walters, had a massive impact on me, and is the reason I am sitting here today. We used to meet up each week, hang out and talk. Our conversations weren’t always all about God.

It was the relationship; he was just there for me. In 2011, I went to a camp with the youth from the Gold Coast Temple Corps, and some other Christian leaders.

I stood up during response time. Daniel came to pray for me. I was sobbing. That’s when I became a Christian and voluntarily gave my life to Christ. I felt a sense of love, not from within and not because of what was happening – it was so different from anything I’d felt before, or since. It was a very emotional night.

You can’t return to life like nothing happened after that, so I gradually started moving away from the people and the scene I was in. I felt God wanted me to leave my band and the friends I’d grown up with. It was very hard, but I felt it was what God wanted me to do. I’m not a spiritually emotional person but more of a scientific and empirical thinker.

I connect with God through reading the Bible and Christian books in a social and historical context, and listening to podcasts.

I like asking hard questions and pushing boundaries in order to grow – as a Christian and as a human.

Like most people, I go through times when I struggle to pray and read the Bible. I would like to be more confident in my faith, but I am growing. Asking questions and addressing doubts keeps me anchored. My relationship with God is real now.