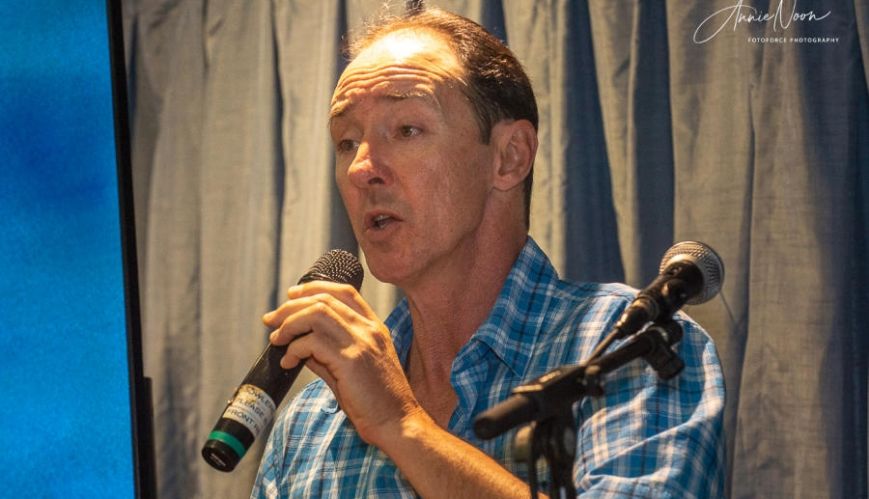 Rob Bennett says he is always happy to share his story, hoping it will “bless others”. Photo: Annie Noon – Fotoforce Photography

I was born in Prahan, Victoria, in 1970. My dad passed away when I was two. He committed suicide, which, of course, had an impact on our family life.

Dad had run a couple of car yards. He’d also won a lot of money at the horse races as a younger man, which got him into gambling. He’d gambled most of his money away, had lost his car yards and was also diagnosed with cancer. He was facing a lot of pressure and loss.

After he died, Mum and I moved to Brisbane. There were always a few guys hanging around, which made me feel like I would lose her. Even at a young age, I was worried, anxious and protective of Mum. Life wasn’t stable.

Mum married again. My stepdad used to hit her, and I witnessed that. I was only seven or eight, and there was nothing I could do. Nobody wants to see their mum getting hit. They split up when I was around nine. 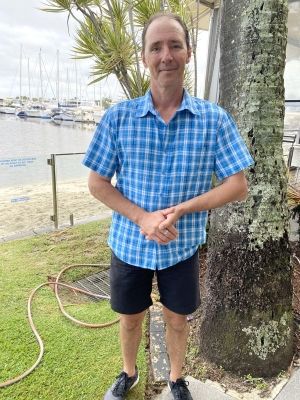 I was a troubled child. I had a bad temper, rebelled against everyone and everything, got into fights at school and was always breaking the rules. I ended up in the Royal Brisbane Hospital for attempted suicide.

Mum sent me to the Daintree [Far North Queensland] for two years to live with my uncle when I was around 11. It was nice to be out of the city, but my uncle was strict and angry, and I had to tiptoe around him all the time.

I returned to Brisbane and got involved in martial arts. The older men there led me down a path to strip clubs and bars.

I left school after Grade 10 and got involved with drugs, alcohol and gambling at casinos. I was injecting methamphetamines, LSD, everything except heroin.

I went to jail for two armed robberies. I got out in 1996 and was on parole for 4½ years after that. I quickly went back to drugs and alcohol. I worked here and there. I was suffering from anxiety and depression.

At the age of 46, I decided I’d had enough of the whole scene. My best friend at the time had a heart attack in front of me, and I couldn’t revive him. People who knew him thought I had let him die to get his money. I was on the streets, homeless. It was bad.

I went to the Gold Coast and squatted with a friend, injecting meth and waiting to die. My stepdad found me and, by the grace of God, took me to live with him. For a year, though, I couldn’t come out of my room due to depression and trauma.

I finally went online and looked for help. I eventually contacted The Salvation Army’s Gold Coast Recovery Services (Fairhaven). I went to their Pathways program for those contemplating getting clean.

I really believed that nobody could help me. At one of the Pathway meetings, they spoke about God and Jesus Christ. Something happened to me there I had never experienced before. I felt that God introduced himself to me and called me. I left there changed. I now knew that God would help me when nobody else could.

I stayed at Fairhaven for 7½ months and completed the rehabilitation program. It was hard. My life of drugs, alcohol and abuse was taken away, and all the underlying issues were exposed. I asked God to search my heart and show me what was there.

I graduated and then went into the transition house and extended care program – all part of the Gold Coast Salvos. I finally got a housing commission unit and am blessed to be in a wonderful complex.

I am involved with the Gold Coast Salvos. I am a volunteer member of the Salvation Army Emergency Services team. I have also helped with several Red Shield Appeals at the Blues on Broadbeach festival and drive the church bus. I have found faith, family and friends.

I feel called to bless others. I have empathy because I know what it was like for me.

The Salvos are selfless and loving people. They’ve helped me and many other friends and colleagues.

Thank God for the Salvos.