You are here: Home › Salvation Stories › Harry Paints A New Picture For His Life

Harry paints a new picture for his life 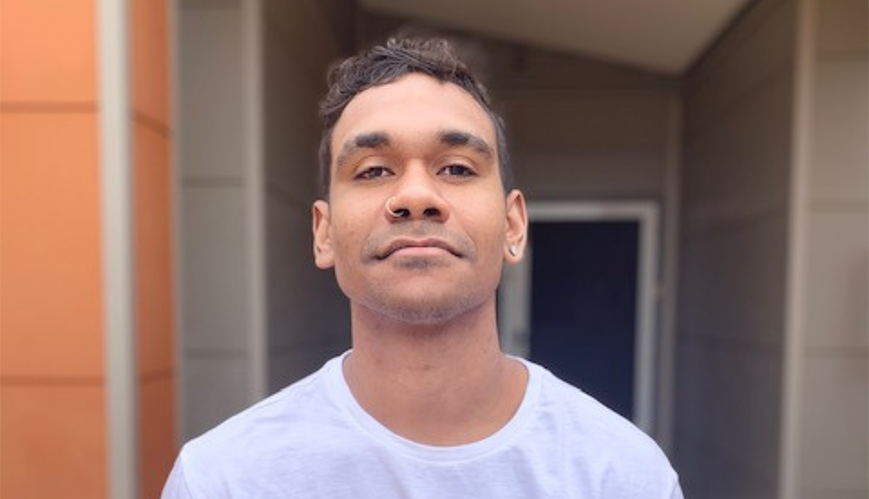 Harry paints a new picture for his life

With the support of the Salvos in Karratha, Western Australia, Harry has taken control of his life and is on his way to becoming a tradie.

When you meet 19-year-old Harry Taylor, you are struck by the untapped potential that lies just below the surface.

An artist, mentor and up-and-coming tradie, the Banjima and Yindjibarndi man has worked tirelessly over the past year to create a better life for himself. But this journey really began three years ago, when he first met the Salvos in the remote Western Australian town of Karratha.

At 16, he was couch-surfing and surviving in the Pilbara region by travelling from town to town. So, when he was given a guaranteed place to stay at the Salvos youth refuge in Karratha, he thought he’d give it a go.

“Someone was telling me about this place [the youth refuge],” Harry says. “I didn’t know why I came here; I was a young fella staying with friends and all that. I stayed here for a good while, sometimes months, or I’d leave and come back for weeks. “When I came back [the Salvos] were welcoming and made me feel at home. It’s a good place.” 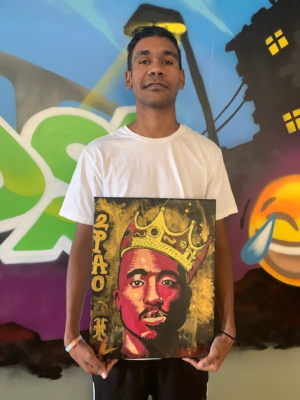 Harry’s painting of rapper Tupac Shakur already has pride of place at the Karratha Youth Refuge, and now he is working on a mural.

The Salvation Army Karratha Youth Accommodation Service is a small but essential service in the town. Six units cater to young people aged between 15-25 who need a safe place to stay. Many of these young people are experiencing homelessness or have just been released from prison.

As Acting Service Manager Kerry Hall says, “We provide help, support and assistance to young people.” This often means providing the youth with new clothes, ID and access to Centrelink. But the real life change begins to happen when the young people engage with the community, be it time at school, a short course, practical classes or volunteer work. And that’s when Harry’s life began to change.

Much like the harsh but beautiful landscape of Australia’s north-west, Harry has weathered his share of ups and downs. Initially, the youth refuge was a safe place for Harry to reset and refocus. The staff saw his potential and invited him to mentor younger children by participating in sports and activities through the Vocational Training and Employment Centre (VTEC) program.

“That boosted my confidence. I felt like I had more people who believed in me,” he says.

Harry really began to grasp his potential after serving time in prison last year. He came back to the refuge for the 11th time, wanting to take control of his life. And now, nothing can stop him.

“I got a job at the nightclub and first started as a glassy [waiter]. That led me to become a security guard at the door,” Harry beams. “I got my Responsible Service of Alcohol certification and just recently started to do this other course to get into a program with Fortescue Metals Group and start a traineeship!”

As Harry sets up his new life, he is determined to give back as well. He is working on painting a mural at the youth refuge and puts up his hand to help out whenever needed. He doesn’t know what the future holds, but he knows his future is full of hope.

“The Salvation Army has stuck with me, and I just like to come back [now]. It took me a while to notice that they were pretty much just trying to help me out to help myself. I felt like I had more people who believed in me," said Harry.

“I am very thankful for all the help I have received from The Salvation Army over the years. I believe it has changed my life and given me the tools to succeed.”