You are here: Home › Salvation Stories › Theres Nothing Like Feeling Valued 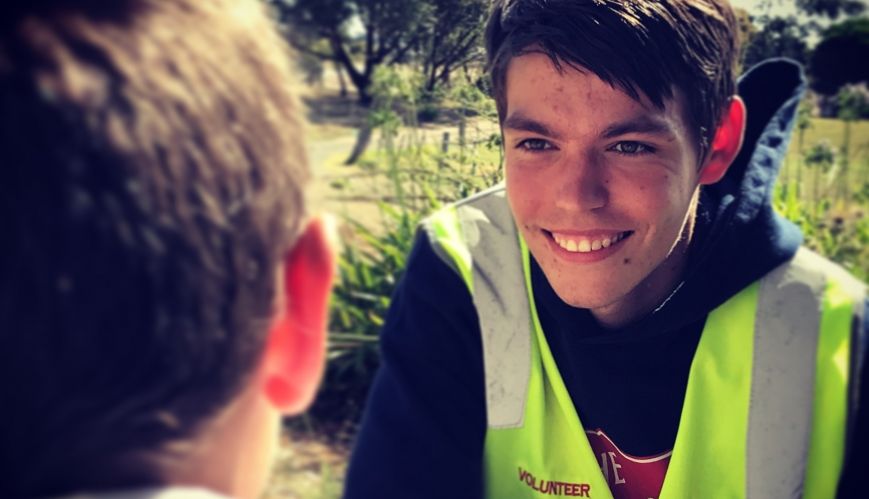 Bailey from The Salvation Army on Victoria's Bellarine Peninsula had an encounter with God that changed the course of his life.

My name is Bailey James. I’m from Victoria and I’m with the Bellarine Salvos.

At first, I was a bit anxious and felt disconnected from it all. It was absolutely fantastic, but I was just very shy. At the time, I was going through a lot of very depressing things, having arguments with friends I’d known for years, having bad trust issues.

I’d just lost a good mate to suicide who I’d known since I was five. I felt hopeless. I felt lost. I just felt like I didn’t have a reason to be on earth. I felt like I was accidently put here. It was a very bad time.

At youth group one night we had this little chat about “people values”. I didn’t consider myself of any value to anybody. After that, I was in Drysdale waiting to catch the bus at 9.30 at night.

I was offered two lifts by the Salvos to which I said, “No thanks I’m all good”, so I was just waiting for the bus, just feeling depressed and upset. Then a man pulled over and offered me a lift. Obviously for “stranger-danger” reasons I declined, and said “No thanks”, and I made up a story about the fact that my mum was just about to come and pick me up so he wouldn’t try to persuade me to get into his car. And so he drove off.

About 15 minutes later he came back and pulled over again, and he handed me $150. At the time I thought he was either thinking I was homeless, or he was trying to pay me to get in his car, but he handed it to me and he told me that God told him to turn around and hand me this money because I’m more valuable than what I actually think I am. He didn’t ask me to get in the car or anything and he just said “goodnight” and he left.

If it wasn’t for the Salvos I wouldn’t be here right now. I’d probably be stuck somewhere doing all these very bad things I shouldn’t be. Not trying to look for a job, not trying to see what I want for my future, I’d just be at home giving up.

Now, I have a job. I also help in the community by doing the Salvos outreach van. So that’s helping out the homeless, helping anybody in need.

I love helping out people in need. It makes me feel happy that I’m doing good for somebody else and thinking about others.

Mostly, you know, it’s starting a conversation with somebody who’s going through hard times, hearing their story, and telling them that there is hope.