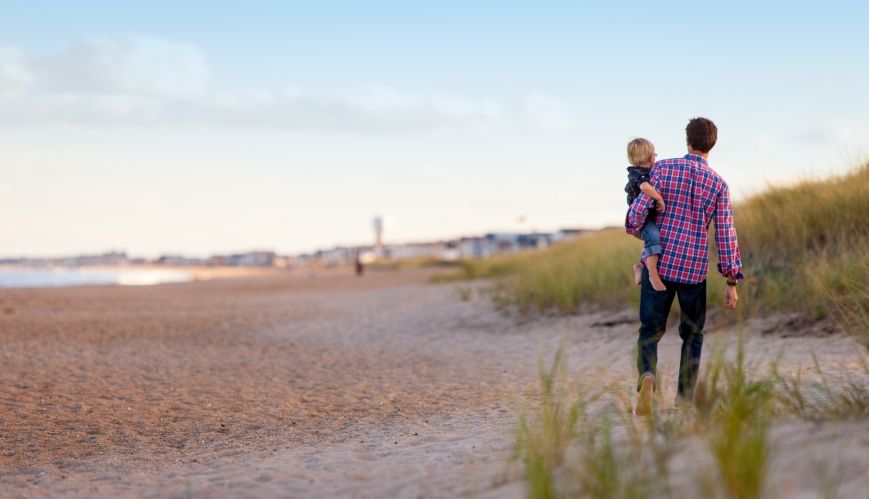 Recently, I was looking at an online photo of one of my granddaughters. Approaching seven, Zahra is just about to start her third year at school. The comment from her mother that accompanied the photo was that her face hadn’t yet grown into her new front teeth.

As I looked at this photo, I could see other changes. Zahra’s face had lost the chubbiness of little-girlhood and her grandfather’s distinctive chin was now quite obvious — I hadn’t seen that before. It reminded me of my eldest son, Zahra’s uncle, who had always been told that he looked like his father. However, a mid-teen family photo showed that Matthew’s jaw line and smile were exactly the same as mine.

Family likenesses run deeper than physical appearance. While Zahra’s dad is the spitting image of his father, his personality is much more like mine — which goes a long way to accounting for the feisty exchanges that Tom and I had during his teen years. Deeper again than personality are the spiritual likenesses and, as I look back at my family heritage, I see a line of faithful Christians.

My maternal great-grandfather, William Nathaniel Wilson, felt called to ministry and became a Free Presbyterian minister, riding his horse around his parish in the Rocuhel area, near Muswellbrook, NSW, in the early part of the 20th century. My mother’s faith, influenced by that of her grandfather, impacted my father (Dad said Mum was the best thing that ever happened to him) and together they were founding members of a Presbyterian church in suburban Sydney.

It was a privilege to baptise my eldest son as an adult, and to witness my other two boys making their own declarations of faith in Jesus through water baptism. The two older boys and their wives are now passing faith onto their children. It brings me such joy to see not only the ongoing physical likenesses in my family but to note that the spiritual family likeness is also continuing. I am reminded of Timothy, who had a spiritual heritage from both his mother, Eunice (which was my grandma’s name too) and grandmother, Lois (2 Timothy 1:5). As a spiritual father, Paul encouraged Timothy to do two things: to guard what had been entrusted to his care (1 Timothy 6:20) and then to pass this truth on to those who would then teach others (2 Timothy 2:2). We are not told if Timothy went on to have a family of his own, but he was charged to pass faith onto others.

Some of us never have the opportunity — or desire — to have children. But, as part of God’s family we do, like Paul with Timothy and then Timothy with the younger people he had charge over, have both the opportunity and the responsibility of being an example of faith to those who come after us.

When a baby is born, parents, friends and family quickly look for a family likeness — the shape of the nose or chin, hair or eye colour. What cannot yet be seen is personality. What is completely unknown is how this new person will respond to their heritage of faith.

We don’t have control over which physical characteristics we pass onto our children. Nor do we have a choice with regard to characteristics of personality. And although “God has no grandchildren”, we do get a choice as to whether we pass faith onto children and young people by how we live.

We can play our part in developing an environment in which children and young people are exposed to the teaching of Jesus and from there can make choices around faith for themselves. We can help in passing on the family likeness.