You are here: Home › Viewpoint › Feeling Seasick In Life 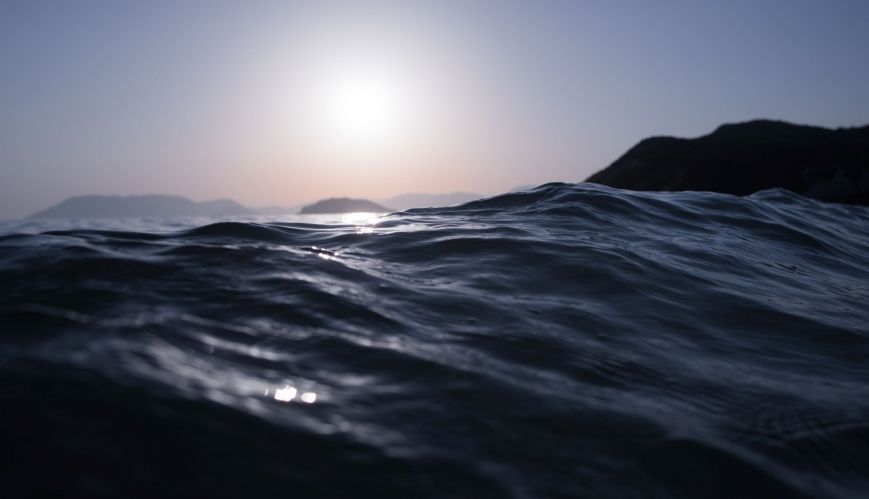 If you’re feeling down and discouraged today, or feeling ‘seasick’ in life, then “look up” and look to God. Photo: Viktor Jakovlev on Unsplash

The Great Barrier Reef is one of the most vibrant and picturesque locations in the world.

On a recent holiday to Cairns, I took my family on a cruise out to the reef, where we spent the day snorkelling and enjoying the unique environment around us.

As we departed the marina, the views back to the tropical coastline and the rainforest-covered mountains were amazing. The salt air and the sea spray enlivened the experience, and the sight of distant islands increased the anticipation as the reef beckoned.

The only shortcoming was the stretch of ocean between the coast and the reef. A tropical storm the day before had increased the swell significantly, and the journey out to the reef was quite a rough ride.

To combat any stomach upsets, the crew advised the 40-odd passengers to “look up” and out to the horizon and suggested the best place was from the top deck.

Keen to take in the views and engage in conversation with fellow tourists, my family and I skipped up the steps to the open deck. But we found ourselves mostly alone. Where was everyone?

I popped back down to the main cabin area for a drink and was dismayed to find most passengers still sitting there, heads down and absorbed in their mobile phones. I asked an experienced crew member if this was a usual scenario. He sighed and said yes. But then, in a whispered tone, he confidently predicted what would happen next as the boat continued to rock and roll out to the reef.

Within 30 minutes, more than half the passengers were holding paper bags to their faces as seasickness took hold. To add to the scene of woe, many passengers continued to look down at their phones in some sort of futile solace – sick bag in one hand and phone in the other.

The people who decided to “look up” and come to the top deck not only started feeling better but started to engage in conversation and take in the views. But, still, many stayed in the main cabin looking down and suffered the consequences.

The Bible talks about this very theme on another level.

King David, the man who wrote many of the Psalms, often felt ‘seasick’ in life, pouring out his heart when he felt discouraged, dispirited, depressed and disheartened. It wasn’t until he “looked up” that he felt God’s presence and a sense of peace.

Other verses in the Bible pick up on this theme.

John chapter 4 verse 35 says: “... Look, I tell you, lift up your eyes, and see that the fields are white for harvest.” 1 Chronicles chapter 16 verse 11 says: “Look to the Lord and his strength; seek his face always.” And Luke chapter 21, verse 28 says: “Look up and hold your heads high because the time when God will free you is near!”

Over and over again, the Bible urges us to “look up” and look to God.

If you’re feeling down and discouraged today, or feeling ‘seasick’ in life, then “look up”. Look to the support of friends, look to nature, look to things that lift your spirits, and look to the Bible, where God will speak to you through his encouraging words. And I promise you that things will begin to ‘look up’.

Dean Simpson is a member of the Communications team – Salvation Army Australia.