You are here: Home › Viewpoint › The Problem With Religion

The problem with religion 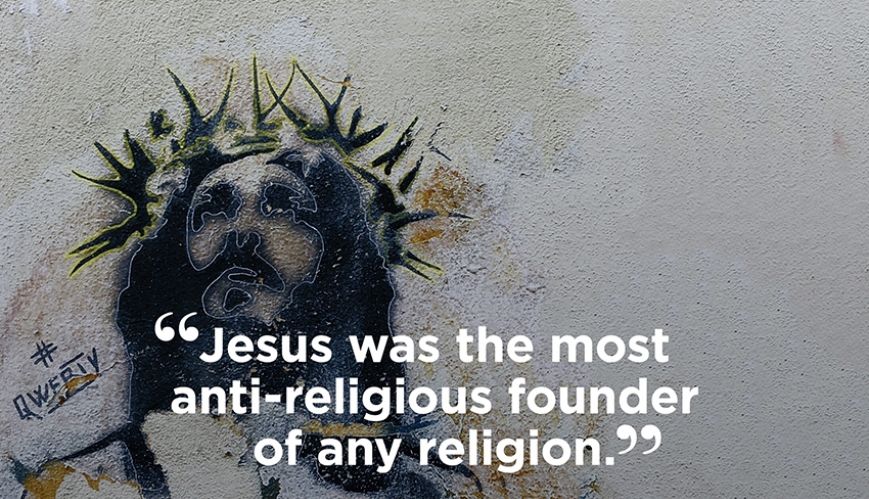 The problem with religion

A recent survey revealed that many people harbour incredibly negative attitudes to religion. About 46 per cent of those surveyed said that “religion is a major part of the problem in our world”, while 42 per cent think it’s not religion per se but “people of faith” who are the problem.

Why are people so down on religion? Why do so many imagine, with John Lennon, that a world “without religion” would be more peaceful, more tolerant, more inclusive and more harmonious? What’s the problem with religion?

Certainly one problem is that religion offers a very easy way to divide the world into ‘good people’ and ‘bad people’ and discriminate against the latter. Humans are naturally very tempted to divide the world up this way (ask yourself how quickly you can complete the sentence,
“I am better than ...”). All of us, religious or not, are tempted to think better of ourselves (or those like us) and worse of those who aren’t. The problem isn’t unique to religion, but religion makes this kind of division much easier.

What’s the solution? Well, not atheism or secularism, it must be said, since from the French Revolution to Stalin’s Russia, atheism plus political power has led to the death of millions. Secularism has as much blood on its hands as religion.

What we need, in order to deal with the human tendency to exclude, is a basis for humility – something that undercuts our tendency to think too well of ourselves and look down on others. And this is why religion doesn’t help. Too many people think that religion is all about being good, about being moral, upright, spiritual and so forth and this quickly leads to a sense of superiority. If you’re a Buddhist, you can look down on those who are less enlightened than you, whose ‘Buddha Consciousness’ is less developed. If you’re a Hindu, you can look down on those whose karma is less than yours. If you’re a Muslim, you can feel superior that your good deeds outweigh those of other people and you’re more likely to go to heaven than them. A sense of superiority is a huge problem, especially if you’re religious.

There is one exception to this pattern, and that’s Christianity – at least Christianity as Jesus preached it. Jesus was the most anti-religious founder of any religion – read the Gospels carefully and you’ll discover that Jesus spent most of his time attacking religious people, calling them out for being religious because it made them feel superior to others. In contrast, Jesus attracted irreligious people. In fact, he was regularly criticised by religious people because he spent his time hanging out with all the wrong people. Jesus said there was no point doing good if your motives were wrong; if your heart wasn’t right.

Most people think that there are two ways to live. You can choose to be irreligious – but the problem is that leads to self-centredness; my life revolves all around me, and I become the centre of the universe (it’s sobering that if you try to remove God, you usually end up making yourself God). Or you can choose to be religious – but that leads to arrogance; I am nicer, better, holier, more enlightened than you.

Irreligion or religion, that seems to be the only option. Both, however, lead to excluding others and to discrimination. But what if there aren’t two ways to live but three: irreligion, religion, or the Jesus way?

The message of Jesus isn’t, ‘be a good person and God will like you’. It’s that you don’t have the power to be a good person, that your life is so broken and you’re so far from God that you don’t have the ability to change how you live without radical, inner transformation. And that the only way to get that is by accepting what Jesus did when he paid for our brokenness on the cross, when he took the punishment we deserved for our self-centredness, arrogance and pride. The Jesus way says we can do nothing to put our lives right without first powerfully encountering Jesus and discovering forgiveness and new life in him.

Why are we all tempted to exclude others and discriminate? Because our brokenness has excluded us from God. In Jesus, we have the offer of having that relationship put back together and, as our relationship with God is put right, seeing our relationships with others reorientated too.

Andy Bannister is the director of the UK-based Solas Centre for Public Christianity.