You are here: Home › Viewpoint › Were Not Just Visiting This Planet

We're not just visiting this planet We're not just visiting this planet

It’s amazing to engage with a cultural phenomenon without fully being part of it. This past 4th of July was my family’s first living in the United States, and we wanted to participate, even though we are Canadian. We went to the beach, used “party popper” fireworks with our kids, rented the movie Independence Day and felt proud to be “American” as the US saved the world from alien invasion. We even let our children stay up late to watch the fireworks in their pyjamas. It was fun. And odd.

It felt like we were imposters. Celebrating something so essential to the American experience but not being an American. My six-year-old son, reciting the pledge of allegiance he had learned at school, was interrupted by his older brother who told him he can’t pledge allegiance because he isn’t an American. My six-year-old responded: “Well, I don’t mean it on the inside.” And I guess that’s the hammer hitting the nail on the head. It’s only an external experience.

I thought back to Christmas in Australia when we lived there. It was similar. We went to the beach for fish and chips, and ate way too much pavlova for dessert that night in the sweltering heat. We saw Santa Claus in a tank top and knew for sure we were only visiting this planet. This was not the snowy, cold, hot chocolate-by-the-fire Christmas we knew. It even made our homesickness go away because it felt so foreign – we found it hard to believe it really was Christmas! It became an external experience of spectating someone else’s reality.

A few days before the 4th of July, I participated in the SleepOutLA awareness/fundraiser to help combat homelessness in Los Angeles. It had a similar feel. Around 11pm, I went with a friend/cameraman to interview some people sleeping on the infamous Skid Row in downtown LA. We spoke to six people who were gracious and brave enough to share their story and offer their wisdom. One of them gave us a “night tour” of Skid Row to help us understand the realities of homelessness that very night. 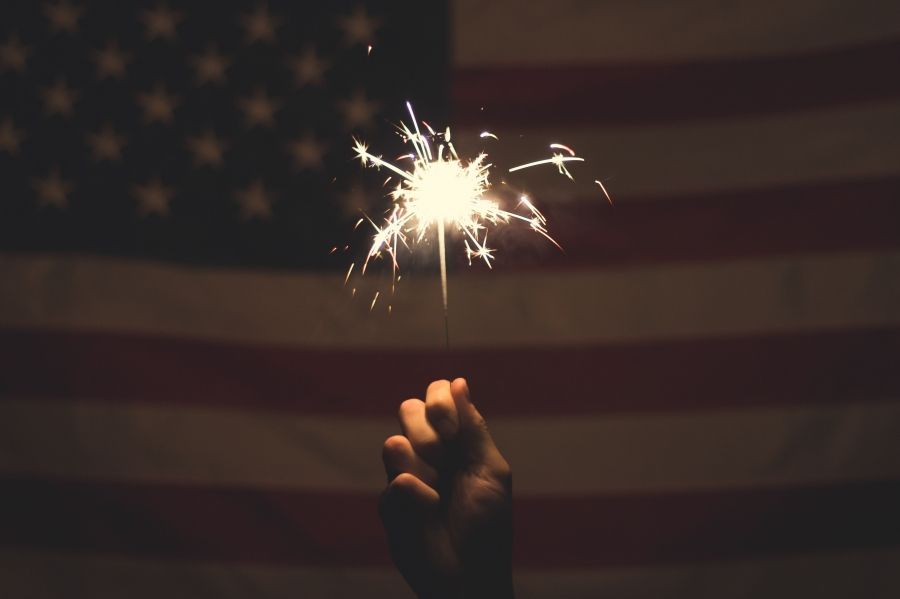 Many hours later, I crawled into a nice warm bed and thought about the people I had met and their reality. But I did it at a distance. It was an external experience.

One of the guys I met on Skid Row is different from the others. His name is Eddie. He is there by choice. He heard God speak to him and he chased the invitation all the way to the notorious sidewalk of Skid Row. He felt God tell him to love people unconditionally from inside. His tent is always open. Literally. He has a daily Bible study and tries to speak love and life into people who have experienced such rejection and pain.

Eddie was telling us, that one night we were there to see, about how people need to feel and know they are not trash. While he was speaking to us, a young man was rummaging through the garbage can on the corner. After we had wrapped up the interview, the young man made a line straight for Eddie. He gave him a big hug and thanked him for his powerful words and even more, his powerful life. I asked Eddie how he keeps hope alive in a place so dark and desperate. With tears in his eyes, he looked at me and said:

“Did you see that guy hug me?”

Eddie is not having an external experience. He has entered inside. Which is of course what Jesus invites us to do, not just by instruction but by example. Jesus literally put skin on and moved into the neighbourhood. He entered into our experience. He was not just visiting this planet. He was home here. It made me think of the thousands of people like me who have external experiences but never really feel part of it. Imposters of a sort; never fully understanding the sacredness of every occasion to be at home with each other, we remain spectators at someone else’s show. Mother Teresa described herself at the end of her ministry like this: “My ethnicity is Albanian. My citizenship is Indian. My faith is Catholic. My calling is to the world. But my heart belongs to Jesus.” And because her heart belonged fully to Jesus, she was no longer a spectator of his friends. She entered in. Like Eddie, her tent was always open.

So, this 4th of July I learned to stop spectating. I want to make my “home” here. And by here I mean wherever I am. I want to enter in, to learn the Jesus way of being fully present in every moment. To live in such a way that people feel a part of it. No more imposters. My tent is always open. I’m not just visiting this planet.