You are here: Home › Viewpoint › Whose Army Is It 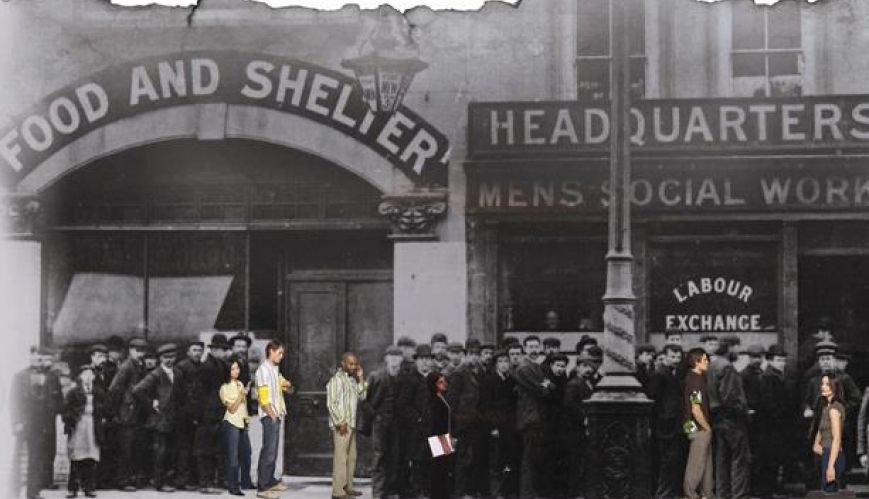 The Salvation Army belongs to those in need and those who can meet that need.

Initially known as the Christian Mission, The Salvation Army was founded by William and Catherine Booth, and sustained and grown by God, the Booths’ children, their supporters, their disciples and their allies.

At the age of 14, William Booth became a pawnbroker’s apprentice and knew the nature of poverty, being acquainted with it personally.

He became a preacher and evangelist who hungered to reach impoverished people. In his early days, William took poor people to worship at a Methodist church, but he was reprimanded because of his charges’ appearance and demeanour.

William was told if he was to repeat the action, he had to bring them through the back door and hide them out of sight. He disagreed.

The Salvation Army belongs to those who live at the bottom of the world’s social strata.

Catherine Booth stood on her two feet and preached and taught, as a woman. The act of a woman preaching is still considered radical by some people today.

Catherine and her daughters and daughters-in-law led the charge with visitation to the sick and elderly in their dwellings, helping women clean their homes, care for and feed their children, and sometimes escape brutal beatings from their husbands or partners.

In fact, The Salvation Army’s first public meeting in Australia, held in Adelaide’s Botanic Park in 1880, included an invitation to people who may not have eaten to go with them and share a meal.

From its earliest meetings, as part of the worldwide temperance movement, The Salvation Army spoke and acted against the deprivation brought about by addiction to alcohol and opium.

In 1883, The Salvation Army commenced its first formal social work with the Prison Gate program, accommodating and feeding newly released prisoners in Melbourne, and helping them find employment and dignity.

The Salvation Army took a stand against injustice and oppression in many instances including: the liberation of young women from enforced prostitution in Japan; the maiden tribute scheme that drew attention to white slavery and saw the age of consent raised in England; the championing and acceptance of the untouchables in India; the closure of the French penal colony Devil’s Island; the industrial transformation of the matchstick industry in England, which led to the eradication of the disease “phossy jaw”.

In the late 1900s, The Salvation Army in Australia pledged itself to respect the legacy and role of Aboriginal and Torres Strait Islander Australians, and to recognise their land rights and their plight.

The Salvation Army belongs to those who seek reconciliation, and those who need to reconcile and be reconciled.

In 1899, The Salvation Army sent padres to South Africa to aid and comfort combatants in the Boer War – on both sides.

Ever since, Salvationists have sought to play a role as chaplains and representatives to combatants and non-combatants in fields of conflict.

The Salvation Army belongs to those who choose and those who are forced to wage war, and to the veterans of those wars.

Especially in Australia, The Salvation Army began by reaching out to girls and women who worked in the sex industry.

By 1892, the Australian Warcry reported that “over 40 men and women rescued from the prisons and brothels were now officers in the Army and were engaged in this social work”.

The Salvation Army belongs to those who are used and abused; to the isolated, the lonely, the neglected, dismayed and distressed.

If we think or feel that The Salvation Army belongs to us, its members, then we are mistaken.

The Salvation Army belongs to Jesus Christ, who said, “Truly I tell you, whatever you did for one of the least of these brothers and sisters of mine, you did it for me” (Matthew 25:45).