You are here: Home › Army Archives › A Handy Innovation For Our Timbrellists

A handy innovation for our timbrellists 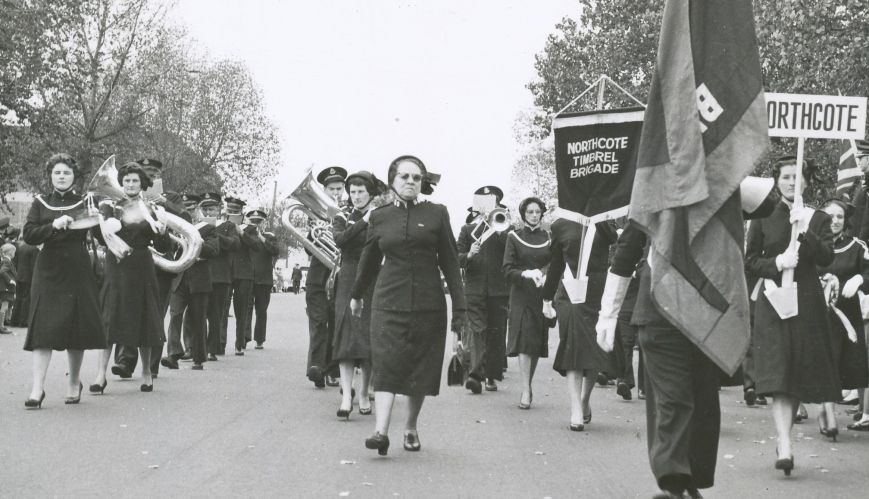 A handy innovation for our timbrellists

The Northcote Corps band and timbrel brigade on the march in Melbourne. The corps was the first to provide its brigade with a timbrel cover with a strap that went over the shoulder, meaning timbrellists could march hands-free.

The Salvation Army Museum in Melbourne has an interesting piece of history on display – the prototype of the modern timbrel bag.

In 1949, Melbourne’s Northcote Corps was visited by a timbrel brigade from Adelaide, and it was noted with interest that the timbrellists had covers over their timbrels with a carry handle.

Blanche Gale, the Northcote Corps timbrel leader, was impressed with the idea. 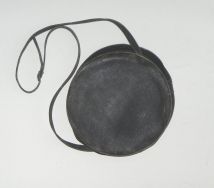 The timbrel cover with a shoulder strap.

She went to a leather merchant in High Street, Northcote, and requested a prototype be made, not with a handle but with a strap to go over the shoulder.

The strap over the shoulder would be an advantage when marching as it would leave two hands free to play the timbrel.

When completed, Major Howard Ray, corps officer at Northcote at the time, collected the bags which were put into use initially by the Northcote junior timbrel brigade.

T.A. Sands then approached The Salvation Army Trade Department in Melbourne and presented the first prototype.

And the rest is history.