You are here: Home › Army Archives › And I Mean To Go On To The End

And I mean to go on to the end 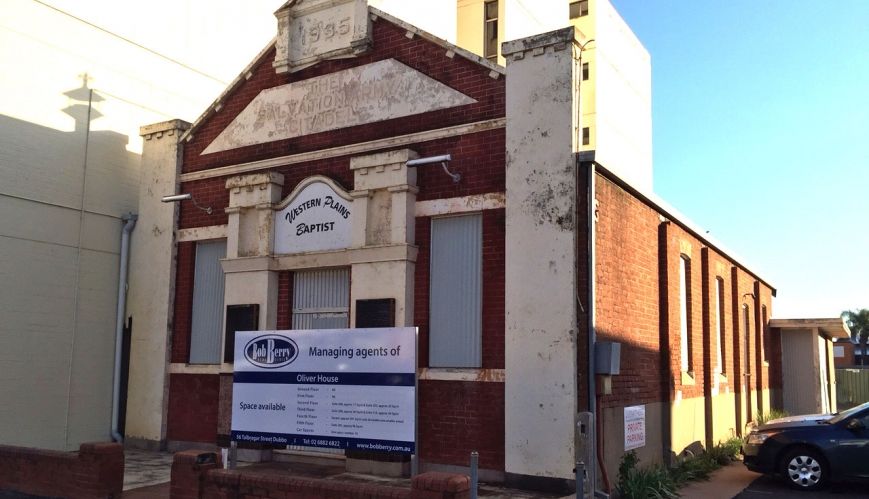 And I mean to go on to the end

The original Salvation Army Citadel, where Joe Staines would have worshipped, which was later used by the Baptist church, and in the early years (below right).

Joe Staines was not widely known outside of his home corps, but he was a strength within it.

I have spoken to several people with memories of Dubbo Corps and all have confirmed Joe’s strength and loyalty as the Corps Secretary, but none have been able to add detail to my memories. 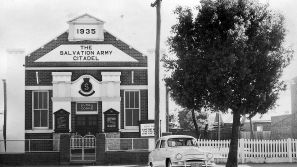 I can, however, vividly recall his regular testimony in the Sunday morning holiness meeting and his witness in the open-air meetings. He would tell how he was saved years before in a meeting at The Salvation Army in Molong, a small town 100km south of Dubbo.

It was a real “knelt down drunk and got up sober” experience. My sister tells me that for the four years we were at Dubbo, he always said he had been saved for 14 years. If so, it confirms that the experience was powerful but that his formal education was very limited.

I do remember that he regularly ended with, “And I mean to go on to the end”.

This spirit energised so many of the early veterans. They recognised that the secret of success is “holding on, just holding on.” They did not care for education, honours or glory but, with a strong experience of salvation and a clear understanding of the danger of backsliding, they worked and fought as best they could.

As a younger man, Joe had worked as a shearer and farmhand. When I knew him he was the gravedigger at the cemetery not far from where we lived.

Gravedigging in a country NSW summer must have been hot and thirsty work. He fortified himself with a billy of cold tea and sang Salvation Army songs with a clear voice as he worked. Once again the locals heard his testimony.

He rode to the Army in a sulky with a horse that needed constant encouragement. Coming home he would be singing and then would stir Dolly on to the task. This meant that often on Sunday evening his voice would come to us: “O boundless salvation – get up Dolly! – deep ocean of love – Get up, get up! ...”

As one of the generation whose opportunities for education and advancement have been so much greater, I salute Corps Secretary Joe Staines and all like him who despite having so much less, served God faithfully. 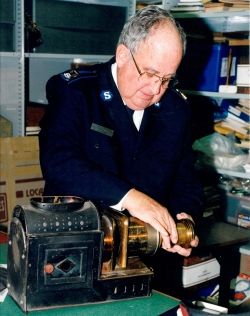 George Hazell (pictured right) is a retired Salvationist living in Sydney. He grew up in The Salvation Army and was at one point a divisional young people’s envoy in the Sydney West Division and devised a new Junior Soldiers program that spread across Australia and to many other Salvation Army territories around the world. He was awarded the Order of the Founder in 1993 for his work with young people. George Hazell was also responsible for the setting up of the Australia Eastern Territory Heritage Centre. Today, he lives in western Sydney and worships at Parramatta Corps.