You are here: Home › Army Archives › Lemonade Bottle A Trophy Of Grace

Lemonade bottle a trophy of grace 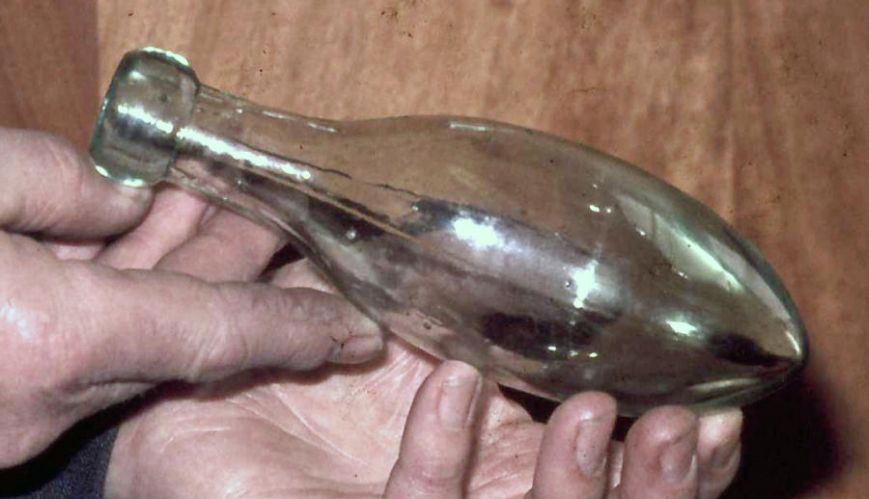 Lemonade bottle a trophy of grace

The lemonade bottle Poll Cott used on her rampages is on display at The Salvation Army Australia Museum in Melbourne.

There’s a humble lemonade bottle on display at The Salvation Army Museum in Sydney that is over 135 years old. It’s easy to miss, but once you take a moment to hear the story of Mary ‘Poll’ Cott, the original owner of the bottle, you realise it’s actually a trophy of grace.

Poll Cott was an infamous character in northern NSW during the mid 1800s, particularly for her use of the lemonade bottle as a weapon. She would put the bottle in a sock and swing it at shop- keepers or people on the street in a threatening manner before robbing them. She was the local police department’s number one criminal, with 257 convic- tions to her name. It was reported that it often took up to six policemen to subdue her during one of her rampages. 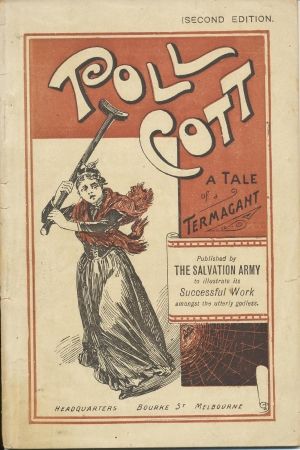 A Salvation Army publication telling the story of Poll Cott.

Transported to Australia from Ireland at the tender age of 16, Poll Cott’s life continued to spiral downward after her three-year-old son died. She blamed her doctor for the death, assaulting him and trashing his workplace. She took to drunkenness and violence to deal with the grief. Over the next 40 years she was in and out of prison until an incident on 18 May 1885 that became the turning point in her life. Kicked out of the first- class cabin at Maitland railway station, Poll Cott armed herself with a pair of scissors and was on her way to attack the railway porter who had evicted her. Witnessing the scene was Salvation Army officer Captain William Rundle, who, instead of berating Poll Cott, invited her to join him and his wife at home for lunch. Seeing an opportunity to rob their quarters, she happily took up the offer and was given a bed for the night.

Initially, the kindness of her local Salvation Army officers didn’t sway Poll Cott. Armed with her lemonade bottle, she waited until it was midnight and walked downstairs to ransack the place, and do whatever was required to its owners. The scene that greeted Poll Cott stunned her – the captain and his wife were kneeling on the carpet, tearfully praying for her wellbeing. Overwhelmed, Poll Cott gently put down her lemonade bottle and knelt beside Captain and
Mrs Rundle. In an act of repentence, she gave her life to Christ and was dramatically changed.

Poll Cott never picked up that lemonade bottle again. She lived out the rest of her days in peace, joining the local Salvation Army corps and ardently serving wher- ever she could. Today, her lemonade bottle stands as a reminder that no one is beyond the grace, divine mercy and forgiveness of Jesus. All it took was the compassion of some local Salvos to change the course of her life.