You are here: Home › Army Archives › Stories Of Inspiration Behind The Songs

Stories of inspiration behind the songs 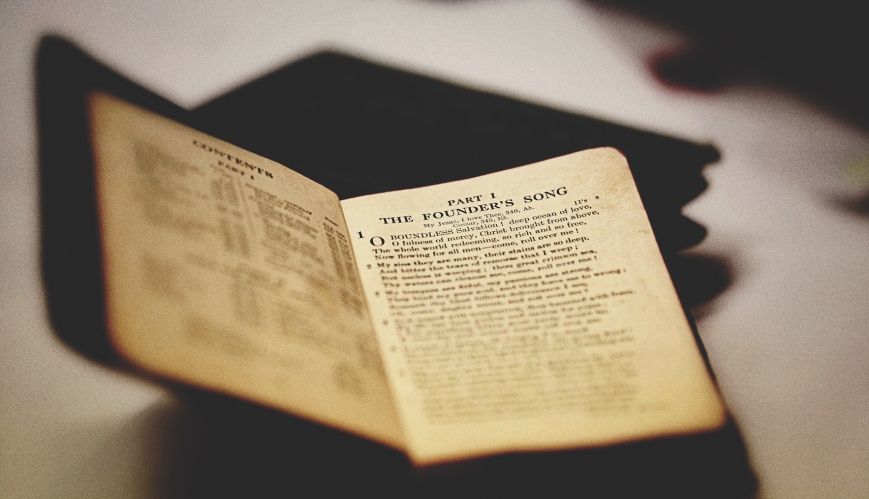 Stories of inspiration behind the songs

As it did in many religious organisations, music was to play an integral part in the development of The Salvation Army. The Revival Hymn Book – used by the forerunner to The Salvation Army, The Christian Mission – appeared sometime around 1866 and contained 112 hymns.

In the early days, The Salvation Army was well known for composing songs to fit some of the secular tunes of the day. In fact, General William Booth is known to have said, “Why should the devil have all the best tunes?” Perhaps one of the best known was the chorus, Bless his name he sets me free, set to Champagne Charlie, a lively music-hall song by George Leybourne and Alfred Lee.

Another contributor to this genre was a Scottish Salvationist, Robert Johnson. A competent violinist, Johnson became an officer and a member of the Singing Brigade at the London Training Home. Among his songs was one set to the music hall ditty, Here’s to good old whiskey. This popular tune was applied to Johnson’s missional song, Storm the forts of darkness.

Song writers generally fall into two categories – those who write the music and those who write the lyrics. A few, a very few, have the unique talent of being able to do both. Australian Howard Davies, a more recent contributor to The Salvation Army song book, falls into that category; able to write beautiful music and moving lyrics.

Howard writes: “The song The Wonder of His Grace was written one clear, starlit night ... With my wife Muriel, I was in my first corps appointment at Broadford in Northern Victoria Division. The stars seemed so much brighter and clearer far away from the city of Melbourne. The big question I pondered (not surprisingly!) was the question of eternity and never-ending space. Some poetry lines and melody came into my head – ‘Higher than the stars that reach eternity, Broader than the boundaries of endless space ...’ Sensing this might be a song, I walked into the Broadford Hall (right next to the Quarters) sat at the piano and wrote the first verse and chorus that night.”

Like Howard’s song, Many are the things I cannot understand, each song, hymn and chorus in our song book is more than just a musical ditto – each has its own story of how it came into being. Unfortunately, some have been lost over time.

One that we know is the tale behind Herbert Booth’s song, Blessed Lord in Thee is Refuge. Discouraged and unable to secure sufficient funds for the new Men’s Training Garrison in London, Herbert tried putting pen to paper, and when an unexpected cheque arrived, he penned the final verse of the song, O for trust that brings the triumph when defeat seems strangely near!

Perhaps the most famous Salvation Army song is, of course, the Founder’s song, O Boundless Salvation. The seven verses use a simple, yet profound imagery – the ocean – as the allinclusive, redeeming love of Christ. The longevity of this song is best summed up by Salvationist musician and author Ronald Holz: “Its message of the boundless, redeeming love of Christ will continue to have a lasting impact in worship. Each generation will take the anthem as its own, but the inspiration that first brought forth this compelling hymn will remain.”