You are here: Home › Army Archives › Suited Up For Salvation

Suited up for salvation

Suited up for salvation 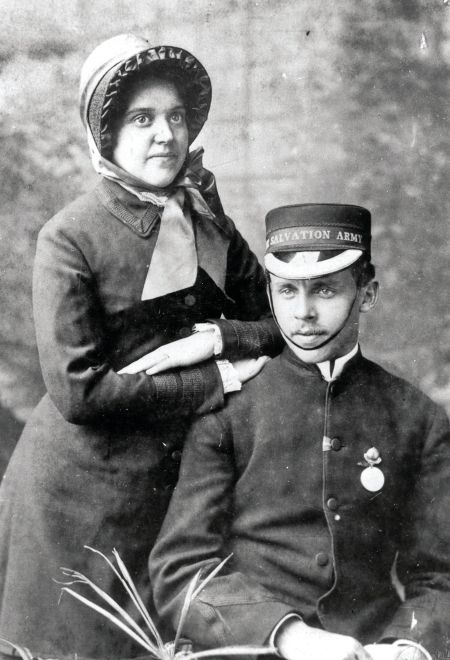 The Salvation Army uniform is known around the world – an instantly recognisable symbol of who we are and what we stand for. But do we really know the reasons why we wear a uniform?

In an article for the Australasian Journal of Salvation Army History, Laura Macleod writes that “the simplicity of dress that William Booth wanted his evangelists to wear was influenced by the holiness and Quaker movements and eliminated all forms of worldliness”.

So even before the inception of The Salvation Army, William Booth’s dress code for his Christian Mission was designed as a form of public Christian sacrifice and to visually separate members from their worldly neighbours.

In those days, Macleod writes, with colourful dresses with lace and a variety of hair ornaments in fashion, choosing to put on “long dark plain silk dresses and a black Quaker-type bonnet with dark violet strings” would have felt quite sacrificial indeed!

Macleod writes that George Railton “was opposed to the idea of a uniform as he strongly believed it could create a barrier between Salvationists and other people. However, he eventually became a strong advocate for the uniform due to his belief that ministers and members should share common dress”.

Another benefit of the uniform was that it stripped away any form of class – a newly saved pauper looked exactly the same as a converted aristocrat. For those female Salvationists who might think the uniform was designed by men, the truth is that Catherine Booth was the person who officially announced that The Salvation Army would introduce the uniform, and she was instrumental in its design, along with her daughters.

Macleod’s article notes that as the Army spread quickly, many Salvationists developed their own makeshift uniforms, however, in the 1880s and 1890s there was a concerted effort from leadership, through articles in The War Cry, to have official uniform worn

Macleod notes that these articles also included “opinions from editors outside the Army who praised the garb because it promoted availability and service”. These opinions, while originating from outside of the Army, have now become the main reason professed by Salvationists as to the effectiveness of The Salvation Army uniform.

However, as Macleod notes in her article, there are some, like Brigadier Susy Swift, who noted that “the uniform not only separates one from the world, but from the old self ”. Is wearing the uniform a far more spiritual and less promotional exercise?

Is it, as Paul described in Colossians, a very practical way of undergoing the daily Christian practice of “taking off” one’s old self and “clothing oneself” in Christlikeness?

* To read Laura Macleod’s full article A History of The Salvation Army Uniform, go to others.org.au/salvosuniform