You are here: Home › Army Archives › The Collaroy Story A Cup Of Compassion Pt 1

The Collaroy story - a cup of compassion. Pt 1 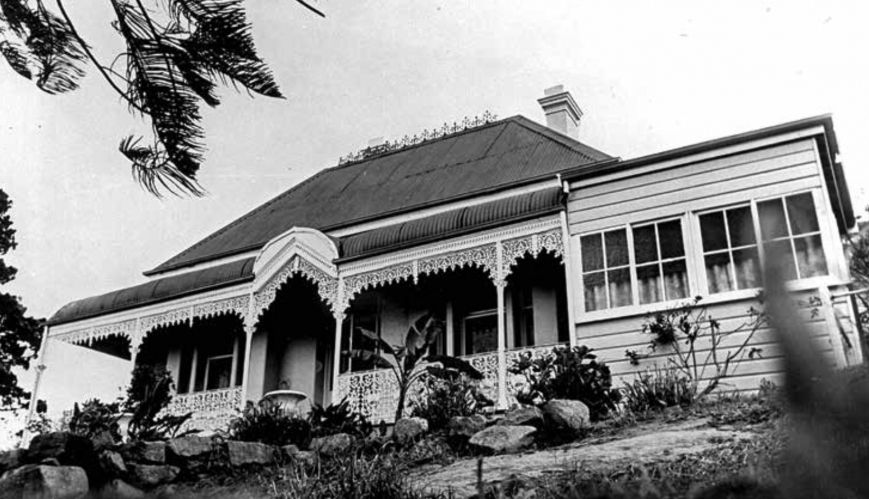 The Collaroy story - a cup of compassion. Pt 1

The Home of Rest at Collaroy, built with funds donated by Elizabeth Jenkins. Photograph courtesy of the Warringah Library.

A cup of tea for a sick, lonely old lady in the late 1800s was the catalyst for what has become an iconic Salvation Army ministry centre.

This one simple act of kindness performed, ignorant of its extraordinary outcome, established on Sydney’s Northern Beaches a substantial real estate holding for the organisation that was to become not only a centre for Salvation Army ministry but a valuable resource that would financially empower the fledgling organisation. 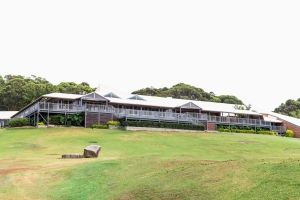 The Collaroy Centre in Sydney today.

The Army’s presence in this region connects to James Jenkins, a convicted thief sentenced to be transported to NSW, who arrived on board the Coromandel on 13 June 1802. On obtaining his release, James was involved in shipbuilding and farming and successfully gained land grants at Kissing Point.

After his death, much of his landholding came to his daughter, Elizabeth, who had already inherited land from Alexander McDonald, a family friend. By 1825, the Jenkins family owned most of the foreshore land from Mona Vale to Dee Why, around 1800 acres.

It was a visit to Elizabeth during her later years that was to set the scene for a substantial bequest to The Salvation Army. Having never married and being advanced in years, Elizabeth was discovered, sick, by a Salvation Army officer. A simple act of compassion, making the elderly lady a cup of tea, resulted in Elizabeth joining The Salvation Army and gifting various parcels of land on the Northern Beaches to the organisation.

In return for the gifts, the Army agreed to provide lifetime financial support to various members of the Jenkins family. Salvation Army history records that Elizabeth Jenkins was converted at one of the early corps, possibly Newtown or Waterloo, where she became a senior soldier. She was promoted to glory on 26 June 1900 and buried at what is now the Collaroy Centre.

The remaining part of her vast estate was bequeathed to The Salvation Army. Members of the Jenkins family contested the will; however, following lengthy court proceedings, The Salvation Army claim to the estate was upheld. A number of social initiatives were commenced on parts of the estate by the Army, including a farm for recently released prisoners, an alcoholic’s rehabilitation centre and homes for abandoned or orphaned children, as well as homes for elderly citizens.

The first gift from Elizabeth Jenkins in 1885, of 30 acres of land on the shores of Narrabeen Lagoon, is now the site of Pipeclay Point Park. There followed other gifts of land in the Dee Why area and a donation of £400 for The Salvation Army to build in 1892, a Home of Rest for officers who had become unwell.

An early photo of the Men’s Home at Collaroy.

This building still stands on the Pacific Lodge Aged Care facility site. Obviously, the Home of Rest was in operation soon after, as the Illustrated Sydney News reported on Saturday 25 November 1893: “The Salvation Army have a resting house for their hard-worked officers, which is beautifully situated on the side of a hill overlooking the sea.”

It appears that some social ministry was already underway in 1891, with an article in the Australian Town and Country Journal of Saturday 3 January of that year reporting that “a four-acre plot of land is being cleared, it is said, for the purpose of supplying a reformatory in connection with The Salvation Army. The land, it is further understood, is the gift of a philanthropic maiden lady residing in the district”.

By 1896, an industrial farm had been established, and further expansion was well underway. The Sydney Morning Herald of Saturday 2 May 1896 reported: “During the week, Colonel Estill paid a visit of inspection to the labour industrial farm at Pittwater, between Manly and Narrabeen. He found that rapid progress was being made with the work and that several new departures were about to be made, the most important of these being the establishment of a dairy. There are now six men at work on the farm, and it is hoped that there will soon be 20.”

From a War Cryreport in early 1912, it appears that there were significant Salvation Army social enterprises in operation, including a Sanatorium for Inebriates, Home for Boys, Ladies’ Holiday Home, Industrial Farm, and Florence House, a home for girls.

Part 2 will appear next Friday