You are here: Home › Army Archives › The General Takes Command 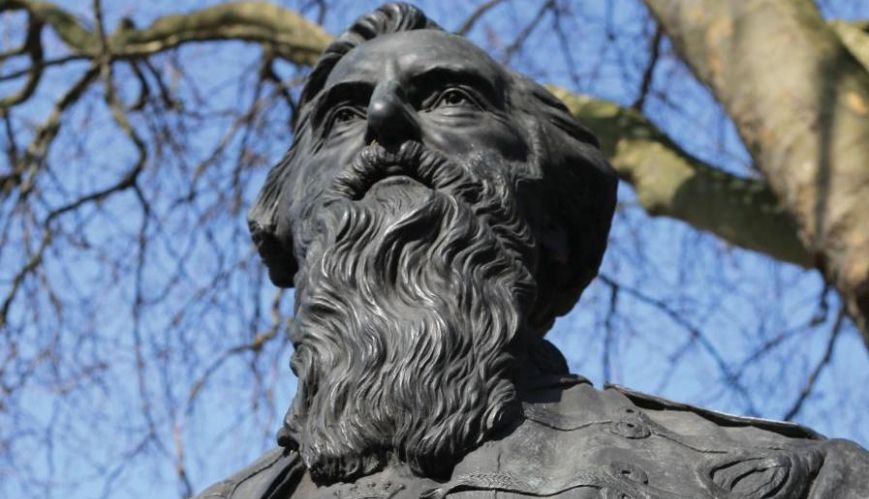 The General William Booth statue in the East End of London where he pioneered a work that 150 years later is being carried on by more than one million Salvationists worldwide.

While the evolution from a Christian Mission to The Salvation Army had proceeded in a somewhat orderly fashion, the emergence of William Booth as its General caused him some disquiet.

William’s leadership of The Christian Mission gave him the status of General Superintendent, and he was often colloquially referred to as ‘General’. The move from the colloquial and informal nickname to the General commanding an army was a significant and momentous transformation, one with which William was somewhat uncomfortable.

Towards the end of 1878, the title ‘General William Booth’ appeared on the organisation’s letterhead. On seeing the letterhead, William was less than comfortable and returned the paper to his son Bramwell, who was his father’s right-hand man, with the comment: “Can’t this be altered? It looks too pretentious.”

If the General was struggling with his new designation, so was the organisation he led. An edition of the Christian Mission Magazine in September 1878 seems to also struggle with the new designation. A report of the mission’s activities stated that: “The Christian Mission had organised a salvation army”, all lower case. The phrase was more a description rather than that of a title. It was clear that neither William nor his followers had yet come to terms with the new title: The Salvation Army.

The increasing use of military terminology, however, was becoming evident, judging by that edition’s report on a ‘War Congress’ held the previous month. At the direction of Bramwell, one of the mission’s workers, William E. Ebdon, placed a huge sign over the platform on which he had painted in large letters: SALVATION ARMY. An army had begun to emerge, and its General would soon take command.

“We are a Salvation people – this is our specialty – getting saved and keeping saved and getting someone else saved.” – William Booth, 1879

At the War Congress, a legal document [called a deed poll] was adopted. The title, The Salvation Army, does not appear on the document but rather the old title, The Christian Mission, indicating that the organisation was still in a period of transition. The new name was legally added in June 1880. However, the deed poll clearly spelt out that the organisation was now under autocratic control: “The Christian Mission should be always thereafter under the oversight, direction and control of some one person who should be the General Superintendent. That William Booth should continue to be, for the term of his natural life, the General Superintendent of The Christian Mission.”

William Booth in about 1862 when he was an independent evangelist. Within a few years, he had established The Christian Mission, which in 1878 would become known as The Salvation Army.

During the War Congress, William Booth delivered several addresses that are significant in their content and implication. He told his listeners: “We do not invite people to a conference as others do for the purpose of debating and legislation, because we take it that all here are in perfect harmony with us in purpose and design, for if they do not aim at the same thing and in the same way, they are not with us.” Later in the same address, he went on to declare: “People who are not with me in purpose and plan must not complain that they do not have my confidence.” These are not the words of a bishop addressing a synod but rather the words of a general addressing his army.

Perhaps these addresses at the 1878 War Congress set the foundation for the ethos of the movement that was becoming known as The Salvation Army. In reading them, we begin to understand the philosophy that was to undergird the organisation in the following years. The General went on to say: “We are sent to war. We are not sent to minister to a congregation or be content if we keep things going. We are sent to make war against the bulk of the people ... and to stop short of nothing but the subjugation of the world to the sway of the Lord Jesus.”

The General had taken control of his Army and laid down his battle plan. “The world for God” was not just a nice cliché for some starry-eyed dreamer but rather the battle cry of an Army on the march. No doubt when the General referred to “making war against the bulk of the people”, he was acutely aware that there may well be battles to be fought against fierce opposition, and the victory would require great planning, resourcefulness, effort, and certainly great sacrifice.

Despite his position as the leader of an autocratic organisation, William never seemed to become a demagogue or dictator. He certainly demanded a great deal from those who willingly chose to enlist in his Army, but he expected no more of his troops that he was willing to give himself. Around the end of 1878, it came to his notice that some officers had come to the brink of starvation in order to wage the war, which prompted him to issue a ‘General order against starvation’.

By the end of 1879, The Christian Mission Magazine changed its name to The Salvationist. The new organisation’s goals were defined in an article by the General in that issue, in which he wrote: “We are a Salvation people – this is our speciality – getting saved and keeping saved and getting someone else saved.”

William Booth’s style of militaristic Christianity drew many to him and inspired a great sense of loyalty. Such a scenario today may well find accusations of fanaticism or extremism levelled against it. However, the reality of life is that no great progress is made either in the world or within the Christian movement without a great deal of passion, dedication, and sacrifice, characteristics transparently evident in our early Salvationists.

Next week: Tea for transformation