You are here: Home › Army Archives › The Rise Of Catherine Over the past century, we have come to associate evangelical Christianity as principally concerned with getting souls saved and putting them securely in the lifeboat to heaven. But this was not the tradition of Catherine Booth and the early Army.

Over recent years, Salvationists have begun to ask questions about the place of The Salvation Army in the modern world.

There is a renewed interest in looking at the early days of the Army to find what many early Salvationists knew and understood about their movement and just what we may have lost along the way; most significantly, the place of Catherine Booth, not just as “the mother of The Salvation Army” but as a notable figure in Victorian England, both for the church and in the history of modern feminism.

In 1864, the year before William and Catherine Booth set up the Christian Mission, the British Government passed what was called the Contagious Diseases Act. It was to become a significant marker on Catherine’s journey into some of the dark places where The Salvation Army was destined to shed light.

The Contagious Diseases Act was set up to try and deal with the huge rise in sexually transmitted diseases following the return of thousands of soldiers from the Crimean War. The law criminalised prostitution by criminalising the prostitutes, not the procurers. Catherine was approached by Josephine Butler, a leading Anglican crusader on women’s issues, to fight to repeal the act. They argued that guilt in that situation, if it’s going to go anywhere, should be with the procurer, not with the women who, by the dreadful circumstances that they found themselves in, were reduced to selling their bodies for sex: radical thoughts at a time when women were treated by law as largely the property of their husbands. 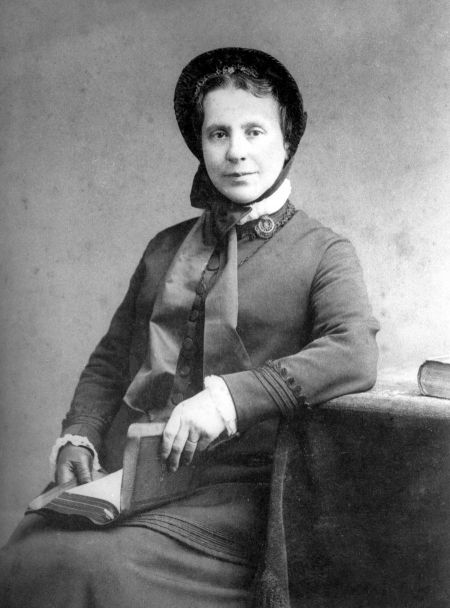 Catherine (pictured right), in joining this fight for social reform, was not only standing up for principles she had been thinking through for some years regarding the place of women in society, but also with the tradition of evangelical social action going back to the founder of Methodism, John Wesley, and the fight to end slavery.

Over the past century, we have come to associate evangelical Christianity as principally concerned with getting souls saved and putting them securely in the lifeboat to heaven. But this was not the tradition of Catherine Booth and the early Army. Catherine’s understanding was that God created men and women who are all radically equal before God, and that we have a responsibility to build the Kingdom of God here on earth, to make earth as it is in heaven. Social reform was the responsibility of all Christians.

William shared Catherine’s strong sense of social justice. However, as a successful evangelist, his focus was on getting people saved, so that they in turn could save others, and eventually as they became better people, society was changed for the better. But Catherine was doing something different. She argued that our social structures carry sin with them – that the structures help create the situation where sin thrives – so we have a duty just as we do to reform people, to actually reform the structures.

Read part two of this feature.