You are here: Home › Features › A Healthy Cup Of Companionship

A healthy cup of companionship A healthy cup of companionship

Noel (centre) and Carol Hahn (right), chat with one of the members of the Sunbury Corps Companion Club for over 50s. Photos: Steven Haworth

Noel Hahn lost his job 10 years ago. It came as a shock after a lot of years in the retail business.

He was too young to retire or qualify for an aged pension. Finding another job,  at his age, was difficult.

Noel and his wife, Coral, found a cleaning job, providing them with 15 hours paid work per week. Centrelink said it could help with some sort of regular payment to boost their income, provided they agreed to work at least 15 hours a week in a voluntary capacity. Noel accepted the challenge. So did Coral.

They live at Sunbury, 40km north-west of Melbourne. Noel and Coral talked over what type of voluntary work they could do; who they could do it for. Coral recalled that when a previous marriage ended in 1980 and she was left destitute with four children, it was The Salvation Army that came to her aid.

“I remember when the children and I lived on one packet of Weet-Bix for  a whole week. We had Weet-Bix for breakfast, lunch and dinner. The kids took Weet-Bix to school for their lunch. We eventually went to The Salvation Army and they helped us. So, who better, I thought, than The Salvation Army when Noel and I needed to find somewhere to volunteer.”

They went to the Sunbury Corps office. It was their first contact with The Salvation Army since Coral’s first marriage separation experience.

“We met Major Barbara Wilson at the corps office. We asked if there was anything we could do. She asked us to give her a few days to think about it.  A few days later, she phoned and asked how we would feel about making cups of tea for elderly people. We said we would give it a go. It was at their Companion Club for over 50s.” 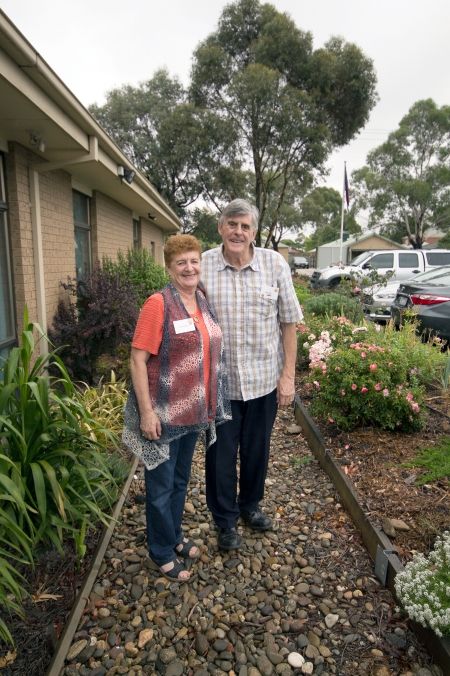 Three years later, Noel and Coral  (pictured right) took over as Companion Club leaders. Seven years later, they are still the leaders. Theirs is a ministry of Building Healthy Communities, the third tenet of The Salvation Army’s new National Mission Statement: “Investing ourselves in relationships that promote mutual flourishing. We find the wholeness God intends for us in community.”

“That’s exactly what we are doing,” Coral says. “We are investing in relationships with people who are lonely; people who need somebody to talk to.”

The Sunbury Companion Club has 42 members. The eldest is 93. There are people from a variety of church denominations. There are non-churchgoers; even people without a faith, at all.

"Noel drives the corps bus to pick up and take home those who otherwise wouldn’t get there. One of our couples recently celebrated their 65th wedding anniversary. Their story appeared in the local paper and they told the paper that Companion Club was one of the highlights of their week. Now, the paper wants to do a story about Companion Club and how it provides company for the community.”

Noel and Coral have also helped out  for the past three years at the Sunbury Neighbourhood Kitchen. It’s a community-based free dinner provided on Monday nights for disadvantaged people. Noel drives the corps bus to pick up people  at their homes and return them after dinner. Coral is his offsider. “This, again, is a chance to build relationships with our community,” Coral says. She also volunteers one day a week at her local Salvos Stores outlet.

In 2014, Noel and Coral were named Hume Council’s Citizens of the Month for their community work. “They are beautiful, gentle, humble people,” says current Corps Officer, Aux-Lieutenant Andrew Webb. “Noel and Coral are definitely living out The Salvation Army mission of Building Healthy Communities, but also the one about Caring for People.