You are here: Home › Features › And A Little Child Will Lead Them

And a little child will lead them 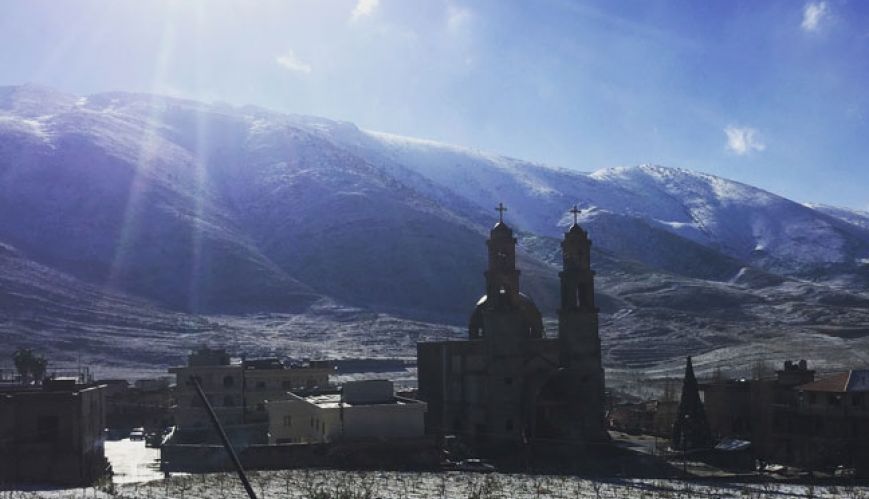 And a little child will lead them

The profound love of Jesus impacts a refugee family in a camp on the edge of a town in northern Lebanon.

I recently travelled to Lebanon. Like most people from the West, I didn’t know much about the Middle East. The news from that part of the world has been dominated by years of war and fear. The geo-political situation is complicated, and, to be honest, I never paid it much attention.

So this trip to Lebanon was a divine invitation to learn what I hadn’t bothered to learn before. It was a window into the history – and current tensions – of the region. It was a front-row view of one of the oldest surviving Christian communities responding to a wave of overwhelming need with the love of Christ. It was the witness of the Church in the Arab world. It was humbling.

I sat in a tent with a Muslim family, refugees from Syria, in a camp on the edge of a town in northern Lebanon. The parents told me about their nine-year-old daughter, who goes to a school run by a Christian mission for kids who have no other means to get an education. When she first started attending, they were worried about her. She was angry, hard and distant. She had bottled up her emotions and was prone to violent outbursts.

But they watched as she started to change. To soften, her mother said. Her rage disappeared and her innocence seemed to return. She was a little girl again. The family was so profoundly affected by the transformation in their daughter that they asked her what was going on. How had she changed so much in only a few months? She told them about Jesus. And forgiveness. And peace. She told them she had hope for the future and, for the first time in a long time, she could dream of living a different way. She told them she didn’t have to be angry anymore and that Jesus was love.

The family went to the school’s Christmas play and heard for themselves the good news that Jesus showed up, in a posture of humility and weakness, to offer those of us stuck in darkness some light. They wanted more light.

As we sat on the family’s few foam mattresses, in their UN-supplied canvas tent – all they had to survive the winter – they asked us to pray with them to encounter the same Jesus that transformed their daughter. It was beautiful.

It was a picture of how the church should be – transformation at the centre of everything. Honest questions about the power of God in a person’s life. Faith that responds to needs, in face-to-face encounters, treating others as equals, with respect.

That little girl will receive a quality education no matter what her spiritual quest looks like. That family has hope for the future, no matter what their spiritual beliefs are. But somewhere on that journey, Jesus showed up with an invitation to the deepest need in every human heart – the need for healing from the inside out.

A child will lead them. A nine-year-old girl, standing in stark contrast to a world dominated by strength and the thirst for power, where mortar and rocket attacks have left their mark. A little girl with a big smile and peace in her heart that shines brightly in a dark sea of suffering humanity. She learned a song at school and taught it to her family – Jesus Loves Me. Simple and profound. The love of God shooting up through the ground, giving life where things seemed dead.

A little girl becomes the vehicle of transformation, a beacon of hope, light in the dark, a carrier of God’s glory. Christ in us. I am a witness to the way of Jesus. And it’s a beautiful thing to behold.