You are here: Home › Features › Aussie Officers Take On New Roles In Europe 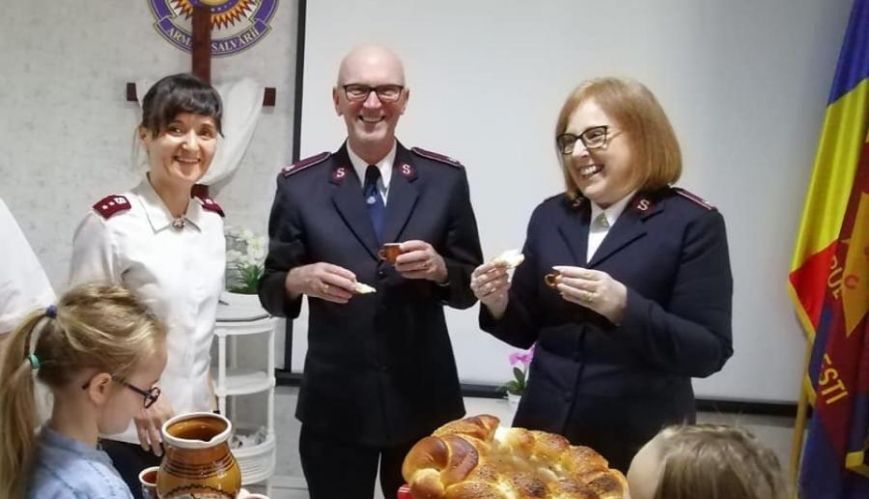 Kelvin and Cheralynne Pethybridge when they were welcomed to Romania, one of the countries of the Eastern Europe Territory, with the traditional bread and salt.

While COVID-19 is putting a pause on most international travel, a number of Salvation Army officers are taking up new international appointments during this time. 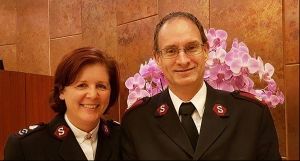 Lieutenants-Colonel Donna and Stuart Evans plan to arrive in the Netherlands for their new appointments on 25 July.

Lieutenants-Colonel Donna and Stuart Evans have been appointed to the Netherlands, Czech Republic and Slovakia Territory, effective 1 July. They are currently on furlough and, COVID-19 travel restrictions allowing, plan to arrive in the Netherlands, where they will be based, on 25 July.

“We have spoken with leadership in the Netherlands and they indicate that we will work together with the territorial commander there as part of the executive leadership team,” Donna said.

Stuart will oversight the Czech Republic and Slovakia, along with further developing the relatively new role of spiritual life development within the territory. Donna will be involved in a number of boards as well as oversighting education and training, personnel and literary services as part of her role as chief secretary.

The Evanses previously served in the Netherlands from May 2014 to December 2016. They returned to Australia to be part of The Salvation Army Australia One journey.

“We loved our previous time in the Netherlands and are looking forward to reconnecting with friends and colleagues,” said Donna. “We have been told that there have been many new, innovative developments since we left, so we are keen to see what is happening. As always, leaving family and friends here is difficult, so a range of emotions is happening.

“As officers, life is never dull! We never expected that this opportunity would come to us – it is an extraordinary privilege – and we will need to rely on God for guidance, strength, discernment and a miraculous ability to speak Dutch! We would appreciate prayer support as we take this new adventure.” 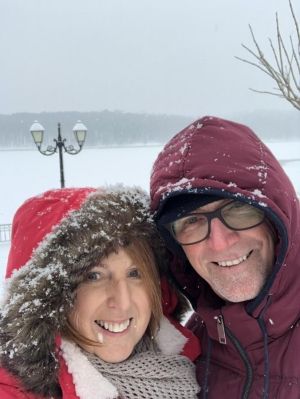 Colonels Cheralynne and Kelvin Pethybridge are taking on the leadership of the Eastern Europe Territory.

The now colonels have been appointed as leaders in the Eastern Europe Territory (EET), effective 1 July.

“The EET is comprised of four countries – Ukraine, Moldova, Romania and Georgia, with Bulgaria being commenced before the end of this year,” said Kelvin.

“Each of the countries that make up our territory has multiple languages, differing laws and a variety of customs and cultures. Since arriving in Eastern Europe (in April 2018) we have constantly prayed that God will give us patience, wisdom, insight and strength. As we move to the leadership of the territory, we will continue to pray this prayer. There are significant challenges on the horizon and we know that we cannot do this on our own.”

The COVID-19 pandemic has impacted corporate worship and the daily functioning of ministry in the EET.

“Those who could work from home, have done so, while our corporate worship went online,” said Kelvin. “The officers of Eastern Europe have gone to great lengths to connect with people who are not able to access our meetings and done their best to keep the relationships alive.

“Our front-line ministries have continued to care for those who are in need in the community. As businesses are closed and employees lose their jobs, the demand upon our resources has grown. In this part of the world, there is very limited support by governments for businesses or workers. Our street-feeding programs and our soup kitchens have continued to function and are seeing increased demands. We are continuing to give out food parcels to those in need and constantly see God providing what is needed for his people to carry on his ministry.”

Several countries have also stopped, or limited, public transport, the primary way in which most officers get around their areas.

“In many places, officers have taken to using bicycles to continue their ministry,” explained Kelvin. “In a number of countries, you cannot even use your motor vehicle without official documentation, which allows you to be out and about. As a result, our workers and officers have had to be far more creative and innovative.

“We would like to take this opportunity to thank the Australia Territory, its officers, soldiers and friends for the very practical support that has come from ‘home’. Whether it’s in the provision of a regional vehicle for the Northern Moldova region or the funding of kids’ camps across the territory, the support is very much appreciated and is making a difference to the mission of the Army in Eastern Europe.”