You are here: Home › Features › Belonging Beginning To Bloom At Reservoir Salvos 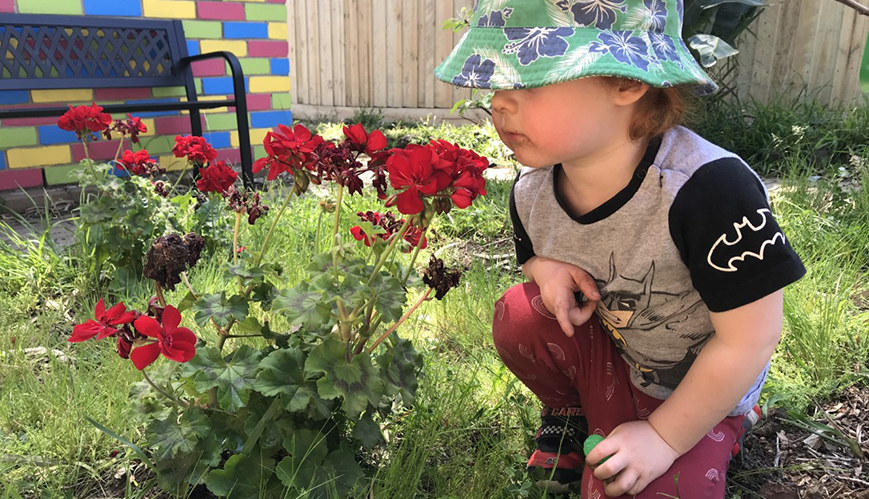 Isolation is something every community has grappled with during the COVID-19 pandemic, but it has especially been felt in the Melbourne suburb of Reservoir.

Located in the north of the city, Reservoir residents experienced 112 days of Stage Four lockdown last year and were limited to 5km of travel from their residences. People didn’t just need to socialise during this time; they also needed to belong.

Which is why Reservoir Corps leaders Auxiliary-Lieutenants Esther and Matt Atkins have taken a multifaceted approach to their ministry, using missional living, place-making and creative outreach to give people a home in the house of God.

“One of our biggest drives at Reservoir Salvos is social inclusion,” said Esther. “We’ve really felt for those in our community hurt most by isolation due to COVID-19.” 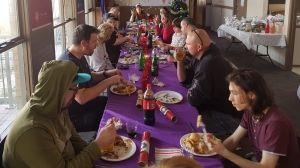 Just Game participants meet over a Christmas meal, after spending much of 2020 interacting through virtual board games.

Esther and Matt had already tapped into this need for belonging prior to COVID. They are the creators of the ‘Just Game’ program, which sees isolated people meet once a month to play board games.

Designed to give people a safe space to socialise, connect and share common interests in a safe and inclusive space, they have observed people of all ages break free of loneliness through the community. And during the COVID lockdowns, members would meet up virtually to play an online board game, making it crucial to people’s wellbeing, as well as running for hours past the scheduled time!

“It was a really good space for people to get away from the stress of what lockdown was,” said Esther.

The life-giving nature of Just Game has spawned a new idea for the Reservoir Corps – but this time, for a whole new set of people. “We are creating a spin-off from that, called Just Art – an isolation-breaker for people 18 and older who just want to be in a creative space,” said Esther. “I have spoken with several young adults who said that doing art during lockdown was really important to them, and some of them struggle socially. So they were excited for us to start this once a month.”

Just Art will be a free program, with the aim to include local art teachers to give advice on art techniques using a variety of mediums, so people of all skill sets can join in at the corps.

“This is for mums who need a break, young adults who live on their own or have had it really hard, and those who enjoy creating. It’s about ways to create without perfection,” said Esther. “We have announced our first one, and we already have had a dozen people message us about it!” 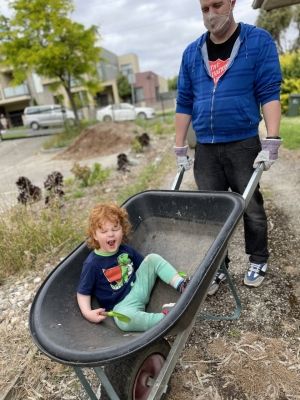 Auxiliary-Lieut Matt Atkins has a wheely good time gardening with his son Logan.

Esther and Matt know that creating community is about more than just running programs – it is about giving people a home. Literally. In 2020, they officially opened ‘The Barracks’, a four-bedroom mission house, which acts as the residence for upcoming leaders who want to learn and serve.

While progress with The Barracks has been limited due to COVID, the adjoining community garden has continued to be a place of respite for the community. Fresh produce provides much-needed food for the corps and families in need, and as restrictions lift it will become an educational and social meeting point.

Everyone finds belonging in a different way – and as the ministry at Reservoir shows, sometimes all it takes is a friendly board game and snacks. And other times, it requires long-term grit and grace, as we raise people in ministry and live in each other’s pockets.

“It feels exciting when you stumble onto something that doesn’t seem like a massive idea but it connects and resonates,” says Esther.