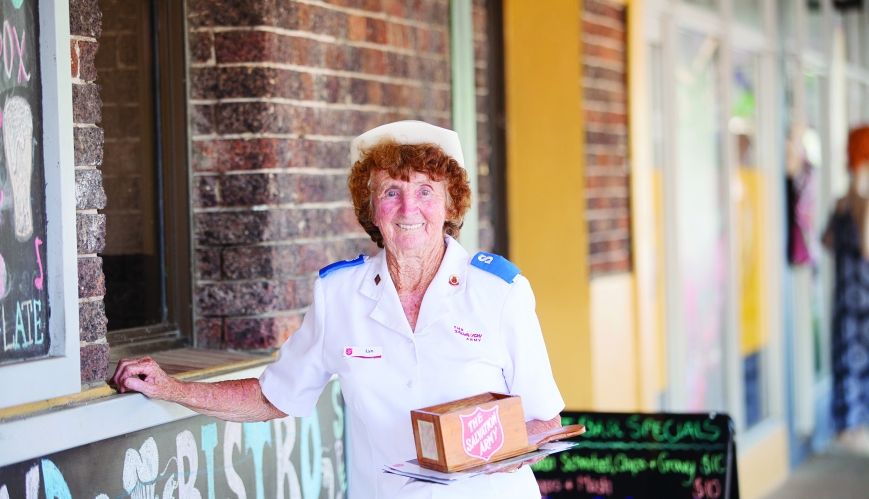 Lyn Harley was only four when her mother walked out on her, a six-year-old brother and their father. They were difficult days in Australia; probably the most difficult the country has ever endured.

It was 1941. Australia was still coming out of a decade-long financial depression remembered as the Great Depression. Jobs were hard to find. Poverty was rampant.

And Australia was at war, first sending forces to support Great Britain’s fight against the Adolf Hitler-inspired German Nazis spread across Europe and then defending itself from invasion by the Japanese.

In one sense, Australians, especially those living in remote bush, were spared from hearing the horrors of a war that was to take more than 27,000 Australian lives, although many “boys from the bush” were among the dead.

But the effects on the economy – still struggling from the depression – continued to take its heavy toll on family survival.

Lyn Harley’s family was battling to make a living in a little rural village called Jilliby, near Wyong, on the NSW Central Coast. One day, her mother left home and didn’t come back. Lyn still doesn’t know why. She has not seen her mother since that day.

Her father was a timber cutter, working away from home for long periods in the forests. He couldn’t look after Lyn and her brother.
The children were placed in care at a home at Tuggerah, 11km away. There were five other children in care at the home, at the time.
“It was sad at first without Mum and Dad,” Lyn tells Pipeline.

“But the lady who looked after us was the best mother anyone could have. She was beautiful; so nice to me.

“She was from The Salvation Army. That was something that I always remembered. Even as a child I wanted to be like her.”

Lyn and her brother returned to live with their father when she was 10. He had a new wife, who Lyn recalls as “very nice, too,” and a large dairy farm with 80 cows requiring milking twice a day.

Life was happy on the dairy farm with a “full” family again.

At 17, Lyn left the farm for the big city life in Sydney in search of a job. She stayed with an aunty and found a job quickly in a laundry.

Within three years she discovered the love of her life, Richard Harley. They were married a few years later. Seven children and years of hands-on involvement in the family trucking business followed.

When not having children, Lyn was driving the company’s eight-tonne trucks. The family business had started in Sydney, but over the following years moved to Victoria, then northern NSW and Queensland.

Lyn and her husband eventually settled in Bundaberg.

Richard (also known to friends as Alan) died 15 years ago.

Lyn retired on their 15-hectare farm at Gin Gin, 57km out of Bundaberg. In addition to her seven children, she has 19 grandchildren and 18 great-grandchildren. She is now 78.

But she has never forgotten The Salvation Army lady who was kind to her when she most needed a mother.

Thirty-eight years after leaving the lady’s home, Lyn found herself living in Forster, just across the river from Tuncurry – and her interrupted childhood.

She went looking for this special lady. She found her in Wyong. “She was in the Home League then, I think. I just remember her telling me that she looked after me when Mum left. Her name was Mrs Benton. That’s all I remember about her name."

Lyn linked with The Salvation Army in Forster. “The Lord told me it was my time to give back.” She became a soldier in 1982.

Lyn and Richard moved to Bundaberg in 1997 and Lyn transferred to the local Salvation Army corps.

“I was looking for something special to do. I had always had a soft spot for The Salvation Army because of the way my brother and I were looked after when we needed ‘a mum’,” Lyn says.

That “something special” is an amazing hotel/club ministry and the desire to help people no matter what.

Although Lyn lives 57km from Bundaberg, she drives into town every Friday afternoon to visit 17 hotels and clubs dressed in her Salvation Army uniform.

She hands out Salvation Army publications, accepts donations and talks to anybody who wants to talk to her.

“You find a lot of wonderful people in the clubs and pubs. Most are just friendly people. Others may be down and out and need some help. Others just need a shoulder to cry on. I just show them compassion. You never know when you might need a shoulder yourself, do you!”

She boasts that she is the only Salvation Army woman in Bundaberg who still wears the uniform hat – white in summer and navy in winter.

“I don’t wear the hat to the Sunday meetings,” she says. “I wear it to the pubs and clubs because the boys [patrons] say I am not in full uniform if I am not wearing my hat. So, I do it for them.

“The boys worry that I drive 57km back home at night by myself. I tell them that I have my silent partner [the Lord] with me.”
Lyn also visits two nursing homes a week and collects for three days every year at the Bundaberg Show. She also drives people to hospital.

It is estimated that she has raised more than $500,000 for The Salvation Army in the past 17 years.

“It’s not the money that interests me, although it does come in handy for The Salvation Army,” she says.

Being in The Salvation Army gives me peace of mind. It helps me in my relationship with the Lord. And it allows me to give back for what I have been given.