You are here: Home › Features › Childhood Friend To Spiritual Mentor 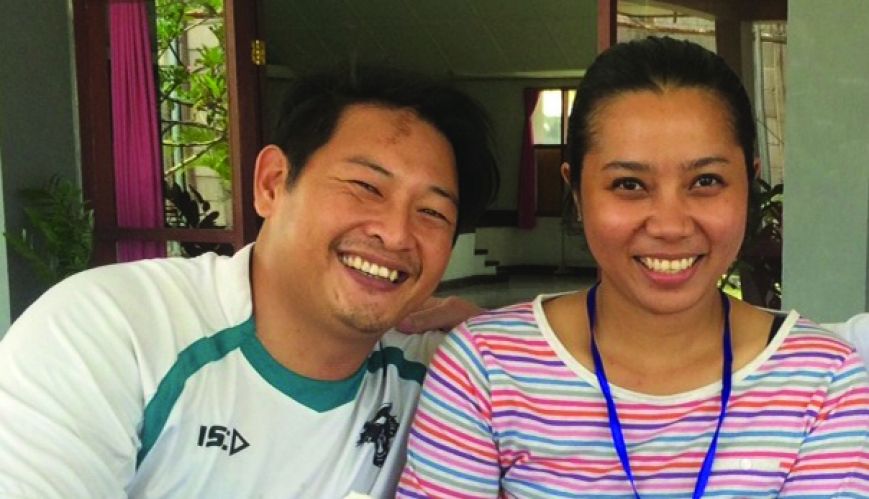 Andrew Chan and Feby, who married only hours before he was executed.

Mark Soper and Andrew Chan were friends from early childhood. They grew up together, played after school, and attended kids’ activities at church. Throughout Andrew’s 10 years in prison and his return to faith, Mark was a spiritual mentor as well as friend and brother to Andrew, and maintained close contact with him and his family. Mark has agreed to share with Others his childhood memories of their friendship, some of the challenges and joys of his meetings with Andrew in Bali’s Kerobokan Prison, and his own struggle in coming to terms with his mate’s death.

We met the Chans when Mum and Dad (Majors Shelley and David Soper) were appointed to Enfield Corps in Sydney. My older brother Luke met Andrew’s older brother, Michael, and the friendship between our families grew from there. Today, that lifelong friendship continues. It’s been a crazy, roller-coaster ride, but there has been so much fun, joy and laughter along the way and I wouldn’t change that.

As kids, Andrew, Michael and their sisters got involved at church. The boys played in our soccer teams and would come camping with us. Andrew, in particular, would always come on our family holidays at least once a year – he was the “adopted” child.

When we moved away the contact was more sporadic but still there and our bonds were close. In our teenage years, Andrew would come to (Salvation Army) music camps, we would ride motorbikes together and catch up. We knew he was doing things he shouldn’t but couldn’t really pinpoint anything. Andrew was still Andrew. He was part of our family. 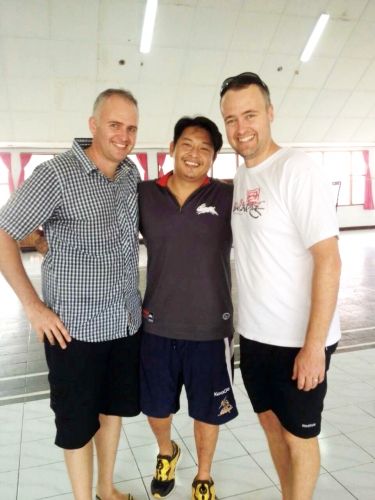 When he was arrested, it was a total surprise. I was in shock and disbelief and we had no idea what the next decade would bring. I went over to Bali soon afterwards with Michael, and took personal leave each year after that to visit Andrew. He admitted his guilt. It was now about what was the best way forward.

Throughout his time in prison, Andrew was concerned for others. He asked us to look after his family, and pray that his parents would come to faith (which they did!). He raised money so kids could have surgery, designed T-shirts to give to people, and encouraged people facing hard times. We laughed a lot during our visits. Laughter was one of Andrew’s gifts. Joy and laughter.

In prison, Andrew’s faith journey came back. Luke gave him a Bible and told him to read Matthew, Mark, Luke and John. That’s how it all started and he went from strength to strength. Andrew helped lead the church in the prison and also ran regular Bible studies. For years, Andrew studied for a Bachelor of Theology degree and, before he was executed, was ordained as a pastor after completing his studies. To me, this just reinforces the work God did in his life.

﻿When a person is on death row, nobody usually challenges them too much but I would have some hard conversations with Andrew, about the faith he professed and his actions. I would journey with him, challenge him, and press down. It was firm love, as much as it was good times and laughter. Our close relationship gave me permission to do this. 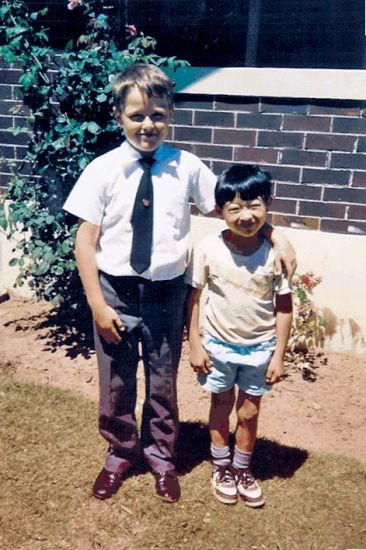 There were so many people who also invested in Andrew during his time in prison. For this, and for the impact they had on Andrew, all the glory goes to God, and God alone. In particular, an Australian family (living in Bali), Ann and Alan Wilkins and their kids, would talk with Andrew every day and visit him regularly. They were a big influence in his life, supporting, encouraging and mentoring him. They are like family to us now, a connection through Andrew.

Towards the end, Andrew wasn’t down and gloomy; he was strong for everyone else. He was assured of his eternal destiny. It changed everything. As much as he wanted to be around, knowing eternity was waiting for him took him out of a lot of pain. We were hopeful a miracle would happen, of course; even right at the end we thought there was a chance. But it didn’t work out the way we were thinking and hoping.

A month before Andrew was moved to Nusakambangan Island, just prior to execution, I asked him what he would like at his funeral, if it came to that. He didn’t want to talk about it as we were praying for the complete opposite, that his life would be spared. He did write the gist of what he wanted though, and I took some notes of our conversation. Andrew wanted a salvation message to honour and glorify God – no pressure at a funeral! I also wanted to honour God through it all and spoke on the fundamentals of salvation – the things Andrew knew and would want people to know.

Was I angry at God when Andrew was executed? Yes! I knew that God could have saved Andrew and chose not to. So many things happened before the execution that we thought God was in it and it wouldn’t happen. But it did happen. I was so shocked and devastated that God didn’t save him. Why didn’t God intervene for Andrew when he knew thousands of Christians were praying for him? He chose not to, and I will never know why. I couldn’t lose my faith over that question and just had to push forward. God doesn’t want his children to suffer but he can use anything, terrible or good, for his glory. Through this, though, I’ve learned that if you’re going to be angry with God you’ve got to be angry with God and stay close to him. It’s dangerous being angry at God and pushing him away at the same time because you just put a wedge between you and him and risk losing your faith. I knew that to do what was best for the kingdom was to keep at it and not give up my faith. That’s what Andrew did; he kept sharing his faith. The whole thing, though, is not about Andrew, it’s about Christ.

Andrew wasn’t a perfect person, but God is in the business of transforming lives and he turned Andrew from someone who was selfseeking and who lived two lives, to a caring, selfless, honest, wise man of God.

God is definitely in the business of second chances and praise God, Andrew took his chance to turn his life around for God’s glory!

Mark Soper is leader of Menai Corps in Sydney.

Read an interview with Shelley Soper about the Sopers' family relationship with Andrew Chan.