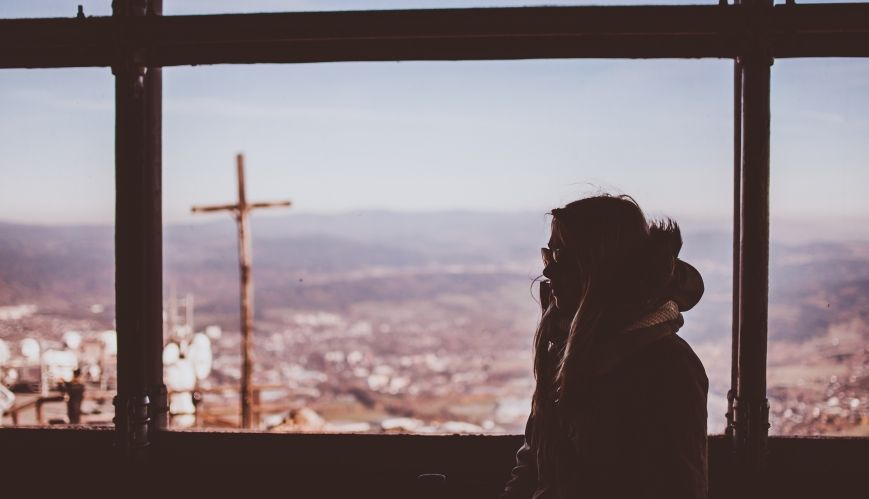 "Our responsibility is to be informed and aware of current concepts and situations bigger than us so that, as Salvationists, we can actively support those concepts which we believe to be just and based in truth and take a stand against unjust and unholy situations, to the best of our ability."

We live in a world that is shrinking by the minute. Globalisation, technology and an increasingly vigilant media have made access to information about countries other than one's own much more available. Interactions between governments, and therefore countries, occur at a much more rapid and active pace than ever before, and it is sometimes difficult for citizens of a country to keep up with the goings on of not only their own country, but the rest of the world.

But does this difficulty give us an excuse to give up? Does the fact that it is, at times, difficult to stay abreast of important things happening in our communities and across the world give us the right to shut off and become so involved in the immediate –  the things right in front of us –  that we forget that larger things are occurring outside the world directly in front of us?

As Salvationists, we are called to be aware of situations exterior to our own. Our very mandate is to serve the last, the lost and the least – to put others before self.

My fear is that the self-indulgent tendency of the world to become obsessed with the things concerning self has begun to rub off on us as Salvationists. True, we have our own lives and situations with which to deal, but we must be mindful at all times that God is greater than our own current, individual situations and that the world, too, is greater and more complicated than what we can see before us.

Theologian Karl Barth was known to suggest that Christians should hold both “the Bible and the newspaper”. Similarly, we sing from our own songbook, “To serve the present age, my calling to fulfil”. Our responsibility is to be informed and aware of current concepts and situations bigger than us so that, as Salvationists, we can actively support those concepts which we believe to be just and based in truth and take a stand against unjust and unholy situations, to the best of our ability. These situations and arenas of which we must be aware are wide and far-reaching.

As an example, we will look at the concept of power between nations. We live in a world that is hungry for power. In every aspect of life, the desire for power over others is present and governments and countries themselves are not immune to this desire. As a result, we experience many conflicts –  conflicts between countries, between cultures and between people. Often, the ways in which governments respond to conflict situations is governed by their view of power and their opinion of what kind of power is the most productive.

As political scientist Joseph Nye stated, “Power is the ability to effect the outcomes you want and, if necessary, to change the behaviour of others to make this happen”.

On an international level, different actions which are designed to produce a desired outcome can be categorised as either “hard power” or “soft power”.

Hard power is about force. Acts of hard power are achieved “through military threat or use, and by means of economic menace or reward”. They are often aggressive and always coercive by nature. In acts of hard power, one party successfully convinces another party to do something which they do not want to do. On an international level, these acts can take the form of a military invasion, alliance, bribes, economic sanctions or various other actions.

Soft power, on the other hand, is “attractional power”. Like hard power, its aim is to convince another party to do what you want it to do, however, acts of soft power are undertaken by influence with the aim of “co-opting others to share some of one's values and, as a consequence, to share some key elements on one's agenda”.

Soft power aims to attract rather than coerce one party towards another party's beliefs or systems. Acts of soft power include diplomacy, developing strong relationships with allies, peaceful demonstrations and discussions at the United Nations.

History proves that there are positives and negatives to the uses of both hard and soft power. No one form of power is a blanket fix to every situation, and it is the responsibility of governments to ensure that the actions they take in relation to other countries (and therefore the form of power they employ) is relevant and helpful to the situation at hand.

However, if society at large is not aware of the effects of power, and to alternatives to overused forms of power, who will keep these governments accountable for their actions? Furthermore, if we as The Salvation Army do not have members who are aware of different forms of power, and the way in which they can be used, we will simply accept the decisions of governments, the effects of which can be dangerous and harmful to the very people which we are called to serve. Similarly, if we are not abreast of changes occurring within the communities in which we live, and in the rest of the world, we will fail to draw the parallels between the importance of concepts such as power and those changes which are taking place. If we are not aware, we will not challenge.

Jesus led a life which was counter-cultural, challenging those practices within the world which stand in contrast to the truth and love of God. As His followers, we are commanded to do the same. However, if we are not even aware of those practices, how can we challenge them?

The example of power is used as it is a straightforward way through which to view the importance of our being aware of how large concepts are playing out in our everyday world. This importance extends to other concepts also, of which others are more qualified to speak. For example, similarly to power, if we do not have people who understand concepts of citizenship, governance, international development and welfare, we will fail to notice when these concepts are being challenged through everyday changes.

The list of areas in which we must be educated and aware is endless – whatever God has called you to be and do, that is the area in which he is calling you to be aware!

We as The Salvation Army need to be informed of not only the situations that are arising in the world, but of the consequences of decisions being made on society's marginalised. To sit back and claim ignorance is simply not good enough. It can be heard often from people, including Salvationists, when a current issue comes up in conversation –  “Oh I don't know enough about that to be able to comment”, or “I figure the government must have people who know what they're talking about, so I'll just leave the decision-making up to the decision-makers”.

This passing the buck will not see souls saved and will not see justice prevail. Let us diligently and competently fulfil our calling to “serve the present age”  by listening closely to God's promptings in our thinking and in our everyday lives.

Let us be Thinking Salvationists.