You are here: Home › Features › Churches Uniting To Make A Difference

Churches uniting to make a difference 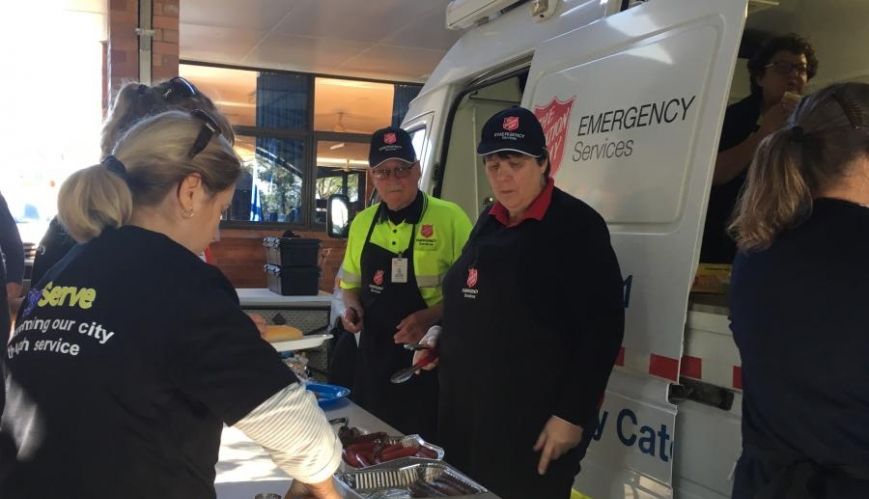 Churches uniting to make a difference

When churches in the NSW coastal town of Port Macquarie ‘love-bombed’ a local primary school last year, they didn’t expect such a positive reaction from locals.

“People were talking about it,” said Port Macquarie Corps Officer Major Heather Unicomb. “Even in the pubs, since it happened, someone said: ‘This is exactly what church should be doing out in the community’.”

Heather said the project – called City Serve – came from an ecumenical desire to “do something in the community as one”.

City Serve is an initiative that runs in a number of places in NSW that embraces collaborative working partnerships between council, business and community organisations to benefit the community.

City Serve Port Macquarie started when church leaders met, prayed and talked to people about what could be done to benefit the community. The group approached a primary school, asking if there was anything they could do to improve the school during one of the holiday breaks. “The principal was surprised and delighted,” said Heather.

The inaugural City Serve brought together nearly 100 volunteers from churches across Port Macquarie, including The Salvation Army, to refurbish Westport Public School. “We painted handrails, we did some gardening,” said Heather. “After the school holidays, the parents were saying, ‘Oh gee, the gardens look good!’ And the principal said: ‘The churches did it.’ And the parents started asking questions.”

School principals in the area started asking questions, too, and invitations flowed for City Serve to assist other schools.

The next City Serve event was held over two weekends at two different schools, with 120 volunteers braving wet conditions the first weekend to garden, paint and create a sand-pit, and 90 volunteers the next weekend.

“We had all ages from the Salvos. I loved seeing families doing it together,” said Heather. “I think the community sees God when we work together. We could wear our red shields and they think, ‘Oh it’s the Salvos,’ and maybe they don’t’ think of God? But when they see the churches working together, they’re going to think of God aren’t they?” 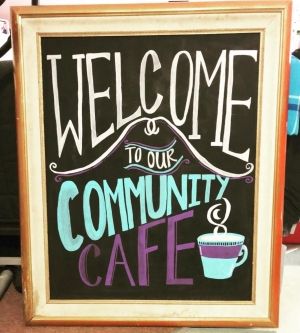 “There are amazing things happening all over the world through citywide gospel movements of unity. God is doing something beyond our wildest dreams with very ordinary people, it is so exciting,” he wrote recently in a paper titled Pastoring our Cities Together.

“No one on their own has the skills, the resources, or the vision to see and engage with all that God is doing. We can no longer live in isolation, with a ‘go it alone’ framework and thinking. We must look to become one body functioning together expressing our gifting, resources and capacities. Only through a unified effort will the Church be able to influence the culture. Alone there is no possibility to be the shaping influence of Gods design.”

Shire Salvos in Sydney’s south, which involves all Salvation Army expressions in the Sutherland Shire (and nearby Helensburgh) working together, has been connecting with other local churches to enhance its missional capabilities for a number of years.

A few years ago, corps members at Menai Salvation Army, in the shire, felt called to address the growing problem of domestic violence in the area. The corps secured a property to use as a transitional house for families affected by domestic violence. It partners with another church and a local agency to deliver wrap-around support.

“The Salvation Army’s vision statement says that we will ‘live, love and fight alongside others’,” said Menai Corps leader Mark Soper. “At Shire Salvos we see partnerships and working alongside others as essential to strengthening the church as a whole, and achieving our vision because unity demands a blessing. A challenge for us is to always think what is best for the Kingdom, not just the Salvos.”

Menai Corps also provides volunteers for nearby Urban Life Church’s ‘Food Care’ ministry, which provides free and affordable food for families in need. Mark said the two churches recently met to look at how, together, the ministry could be expanded to support more families. “We are more powerful when we work together, and we can have a greater impact.” 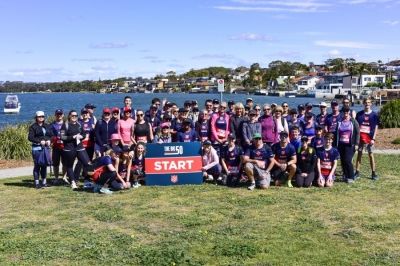 Each year, Shire Salvos’ major fundraiser [after the Red Shield Appeal] involves other churches and community services. Coordinated by Miranda Corps, the ‘Big 50’ is a walking event through the Sutherland Shire that raises money to support services that assist families impacted by domestic violence.

In Helensburgh, south of Sydney, a small, new expression of The Salvation Army is partnering with the local Baptist Cafe to run events and small groups.

Salvos in Western Sydney have been partnering effectively with other churches for a few years and continue to do this through their Area Leadership Team (ALT), with Greater West for Christ representatives sitting in on ALT meetings.

According to Greig, the key to pastoring our cities together lies in ownership: “Ownership is critical. It is owned by all. It’s nobody’s thing, it’s everybody’s thing. What people design together they own together. We are pastoring the city together. This is not a space for the superstar, it is for those who genuinely understand they need each other and it is God’s intention they pastor together.

“We need to recognise the wickedness of disunity. The greatest declaration of the gospel is the unity of the Church. John 17 says ‘then they will know ...’ How can we ignore this?”

For more information about City Serve, head to: cityserve.com.au