You are here: Home › Features › Do What Makes You Come Alive

Do what makes you Come Alive! Do what makes you Come Alive!

The vision behind the “Come Alive” campaign is to help people to discern their call to “come alive” in ministry.

William Booth, that forceful orator, was not one to mince words.

While that is one of the Founder’s well-known forthright and thought-provoking quotes, it was – and still is today – beyond any human being’s ability to send anyone to hell for any amount of time even for a fantastic purpose. And as far as going to Bible or training college, well, for today’s Salvationists they only have to travel as far as one of the campuses of Eva Burrows College.

From certificates to doctorates, courses include mission, theology, leadership, management, community services, financial counselling and chaplaincy. These courses equip people for many general areas of ministry, but Eva Burrows College also has a course other Bible colleges can’t offer.

The School of Office Training, located within the college, provides a specialist course designed for those who are answering their call into Salvation Army officership.

In a society where there are so many options to serve, is a 21st century officer different to the officers Booth commissioned in the late 1800s, or to those who served throughout the following century?

“In so many ways officership has changed – yet in many ways it hasn’t,” Captain Reeve says. 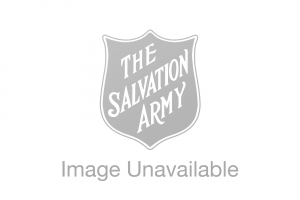 “The constants of officership are: love God, love people, and faithfully serve your community. People are still homeless, lonely and hungry, and people still need to hear the good news of Jesus Christ.

“While these issues are not new, we have a renewed passion and resolve to see Australia transformed.”

It’s a new time in The Salvation Army, with a new Australia Territory and National Mission Statement: “Wherever there is hardship or injustice, Salvos will live, love and fight alongside others to transform Australia one life at a time with the love of Jesus.”

And with this, says Captain Reeve, we need new leaders, new ideas and new approaches.

“The Salvation Army has always been a gospel-centred movement – the challenge in the 21st century is to find the best way to share that gospel in our world,” he says.

That’s the vision behind the “Come Alive” campaign – to help people to discern their call to “come alive” in ministry. Whether it’s through a vivid experience with God or an ache in your heart towards a certain cause, Captain Reeve says the aim is to raise awareness that The Salvation Army is looking for people who are called to become “leaders of impact”.

The “Come Alive” campaign asks question such as: Do you feel a longing to serve God and help others? Do you dream about helping more people know Jesus? Do you want to be a leader in a movement that is transforming lives?

Captain Reeve goes a step further. “We want to ask as many people as possible this question: “Do you want to enhance your ministry by becoming a Salvation Army officer?”’ he says.

“We want to create an environment where people can explore whether God is calling them to step into officership. The Salvation Army is looking for more leaders to lead God’s mission and our hope is that more people will engage in the ministry conversation.”

“Come Alive” starts that conversation on its website by featuring people who are already living their call to officership.

Captain Reeve is the voice of “Come Alive’s” podcasts. These are open discussions about officership, with him talking with a range of people, from diverse backgrounds, age groups and officer rank about how they took the step into officership and sharing some of their experiences.

Half-day and evening events will also be held around the country with officers, leaders and staff talking about the different ways God can be served through the mission and ministry of the Army.

It’s no secret that cadet numbers have declined over the decades. Captain Reeve believes there is a number of reasons to explain this.

“There are more options available to serve in ministry than ever before,” he says. “A lot of corps now have staff positions that didn’t exist in the past. But as a movement, we have to take some responsibility for not addressing the declining numbers earlier.

“The method for equipping officers, for instance, has largely remained the same until recently. However, a new approach that recognises individual’s experience and capacity means people will feel more confident stepping into their calling.”

Officership training is approached holistically, and in two stages – the Foundations stage and Internship stage – marked by different approaches and outcomes.

“We also recognise that a lifetime of ministry in The Salvation Army may not be for everyone. Some people may serve for a season as an officer – leading a corps, mission, program or a centre – then transition out of officership to pursue other opportunities,” Captain Reeve says.

“The appointment system challenges some people; there is a trend towards entering college later in life, so that means deep roots already exist where they are. It may be family, schooling and social ties that make people wary of the possibility of moving around.

“Officership has always had its challenges. Every officer has faced – and will face – unique challenges whether it’s the location where they minister or the culture of the locations where they serve.”

One of the challenges the church as a whole faces is how society’s view of “the church” has changed in Australia over the past 20 years.

“It’s increasingly more difficult to minister in a fast-paced, ever-changing world,” Captain Reeve observes, adding that an exciting part of the changing world is exploring what officership in Australia looks like today.

Commissioner Floyd Tidd encourages people to explore officership to see if God is calling them to it as “an avenue for greater impact for their lives”.

“Greater impact happens when we find ourselves using our skills, gifts and experiences in partnership with God and what he is choosing to do around us,” Commissioner Tidd wrote in Others (June issue).

“Officership has provided an avenue for many Salvos through the years to make a greater impact. Officership is unashamedly an expression of ‘selfless’ living and leadership in the era of the ‘selfie’. I invite you to consider the path of greatest impact that your life can make.”

Captain Reeve echoes that. “We have a deep need in Australia for people of all backgrounds, ethnicity and experiences to step into the environment of officership. We have many, varied expressions of ministry and we require leaders across Australia.

“What excites me most about officership in the 21st century? The new opportunities, new pathways and more ways of living out your calling.” 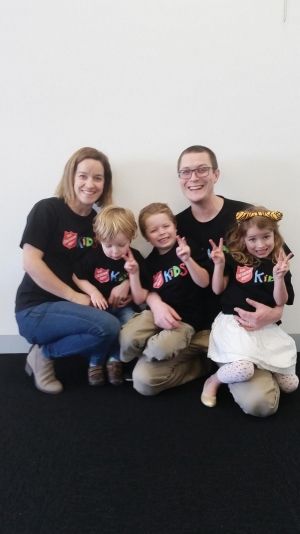 When God called me to be an officer, I strongly believed he was also calling my family and I knew he would provide for my children in that. One of the privileges of being a mum in ministry is that our children are part of our ministry.

As a young mum it is easy to connect with others mums in your community and corps – you’re just another one of them. The way that can open doors into the community is huge. Being a corps officer is a bit like being self-employed – you’re accountable to yourself and God how you use your time. You have to develop a “Teflon” coating regarding other people’s thoughts and perceptions about what you do as ministry. Officership is not a job, it’s a lifestyle.

in for the long haul

Being an officer and a mum is busy and complex. It’s really no different from a mum doing any role, whether as a full-time stay-at-home mum or a working mum. No one would say it’s an easy season. Being an officer, however, presents unique challenges and opportunities. I’m in this for the long haul; I want officership to be a marathon not a sprint. I don’t want to get to the end of my journey and look back and think I sacrificed my kids on the altar of officership when they are young for such a short time. You only get that time once and I want to honour God the best way I can being a mum.

the call to serve overseas

When Vanessa and I went to training college in 1995, we had a passion for youth work. We never imagined we would become passionate about cross-cultural mission. We’ve served in four corps in three states and loved the diversity. God started preparing us for serving overseas in our appointment at Palmerston Corps (Northern Territory), and we went on five short-term mission trips with our corps at Noarlunga (South Australia), including four in Indonesia.

We began to train in cross-cultural mission and started flagging the idea of considering overseas service when our twins finished school. Leadership asked us to serve in the Solomon Islands – they had finished school, just. They were 17. It was a big thing for us, asking ourselves and them, “Is it the right time for us to leave?” 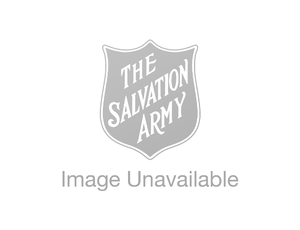 Our kids showed enormous emotional and spiritual maturity. Our daughter said to us adamantly, “God has been preparing you for this for a long time. Don’t you dare let us be the excuse for not going.”