You are here: Home › Features › Eternity And Aboriginal Concepts Of Time 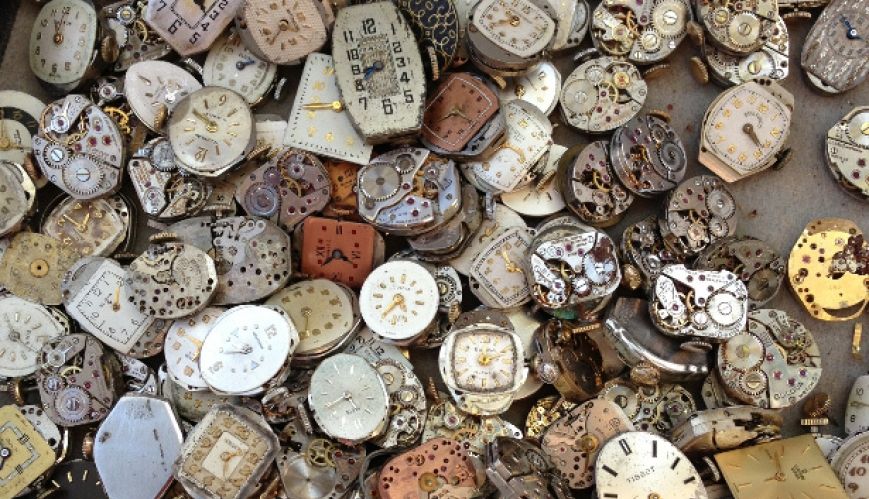 We characteristically discuss time and history in a very limited linear manner. Today is today, yesterday was yesterday, and tomorrow will be tomorrow. However a brief study of the understanding of time in different cultures reveals that not everyone sees time in the same way.

Not being aware that what we think about these things is a product of our cultural heritage, it can be easy to talk at cross purposes with people of other cultures that have a differing perspective on time and history. One place this conflict can be seen is in the interaction between Aboriginal and non-Aboriginal Australians. This article will highlight some of the differences between Aboriginal and western linear understandings of time and the causes for misunderstanding.

Greek dualistic thinking makes the distinction between the idea of objective and subjective time; “separating the temporal, natural world from the non-temporal, eternal world of ideals” [2]. This idea means that we see chronological time as something distinct from and different to the eternal. This is similar to the debate about faith and reason. Dualism says that the two are distinct, and that if you use faith to determine something, then reason must be out the window.

A key modernist idea was the onward march of progress. Human history was marching onward and upward to a sublime new age of humanity brought about by the triumph of human reason and science. Meaning was to be found in the glorious future that awaited us.  The past was what we had come from, and was not a place that we wanted to return, or indeed would consider returning to.

In recent years there has been a shift to deal with the consequences of Einstein’s theory of relativity. This theory means that scientifically, our western linear chronological understanding of time is called into question. “The theory of relativity has reminded us that there is no absolute time. Just as there is no space without an object, so too there is no moment without an action and no person without a relation. Time is the form and shape of our actions and we must talk of time for whom” [2].

Satellite GPS systems are actually built around the assumption of time dilation; that time slows down and stretches out [3]. Corrections are made for the effects of time dilation on the atomic clocks in orbiting satellites. In the theory of relativity, there is no “universal ‘present’ nor an absolute uniform rate for the passage of time.

While westerners focus on chronological time almost as a resource, “Aboriginals… treat it more from a descriptive point of view and give at least equal weight to time as an eternal quality” [4]. For Aboriginals history is a concept that “moves across past, present and future” [1]. Much of this eternal quality comes from Aboriginal cosmology which is centred on ‘The Dreaming’.

Unlike the dualistic Greek thinking which separates temporality from the eternal, in the Aboriginal worldview “It is not… simply the case that the individual is a fixed point in a temporal flux or continuum, for one’s self is, was and will be in the Dreaming” [1].

Time does not exist as a horizontal line but rather in a vertical relationship to the present, “The past underlies and is within the present, ‘events do not happen now, as a result of a chain of events extending back to… a beginning. They exist and they happen because that Dreamtime is also here and now. It is The Dreaming, the condition or ground of existence.’ It is sacred-past-in-the-present” [2].

Although the Dreaming is eternal, it is not unchanging. There are examples from the Dreamings of the peoples from the coasts of Australia which incorporate accounts of encounters with other people [1]. So what happens “in history”, as we would understand it, is intimately connected with and even influences the Dreaming.

The continuity of history is understood in social terms, through links to ancestors and descendants [5]. The Dreaming “lyrically [describes] a detailed relation among spirits, humans, plants, animals, and the land. The land, then, embodies the Dreaming, and it thereby connects time to place” [6].

The re-enactment of an event in Aboriginal culture is seen as equivalent to the original event. For example, in re-enacting the story of the Passion of Christ, some elders said they did not like the ceremony, and were considering stopping it. A Walpiri man said that it “made him sad to keep on killing God”. “Instead of merely dramatically portraying a historical event, the crucifixion was, to some Warlpiri, if not all, a contemporary reality” [7].

The way the bible talks about time is in some ways closer to an Aboriginal understanding than a Western one. Throughout the bible there are the dual threads of chronological time and eternity. God continually calls on his people to see past just the day-to-day passing of time to eternity [1].

Jesus’ statement that “Very truly, I tell you, before Abraham was, I am” testifies not only to His deity, but also to an understanding of time that transcends the linear notions of time [1]. Similarly, Revelation speaks of Christ’s crucifixion which happened in time, as before the creation of the world—“the Lamb who was slain from the creation of the world” (Revelation 13:8).

In the incarnation of Jesus, God took upon himself our temporality. “That created temporality can be taken up into God’s eternity implies that time can conform to the shape of eternity and eternity to the shape of time” [8]. In Jesus, “the unity and distinction of eternity and creaturely time are echoes of the unity and distinction within the Trinitarian relationship. Eternity and time coexist in a form of mutual indwelling as God becomes human without ceasing to be God and eternity becomes time without ceasing to be eternity” [8].

During the Howard Government’s tenure, the Prime Minister refused to apologise to the Stolen Generations. He argued that the current generation should not be responsible for the mistakes of the past. In doing so, he failed to understand that his understanding of time and history was a cultural conditioned one, not shared by Aboriginal people, and not superior to the Aboriginal perspective. This is a mistake that is repeated over and over in non-Aboriginal Australia’s views on colonial history in Australia. “Just get over it. That was the past, we need to move on”.

This view on Australian colonial history is marked by the modernist progress myth—that the future must by definition be brighter, and that it is only in leaving the past behind that we can get to that brighter future. It fails to take into account the Aboriginal vertical stacked view of time, where the past, present and future are all bound up into the eternal now of the Dreaming. It fails to take into account the interconnectedness of people through their ancestors and descendants; it fails to see that from an Aboriginal perspective we are as bound to our ancestors as they are to theirs. What our ancestors did to their ancestors is played out today. What our generation does will be played out in the lives of our descendants. Everything that happens ‘in time’ has eternal implications and is elaborately interconnected.

Forcing the western view of time on Aboriginal people continues the colonial sins of the past. If as Christians we proceed from a biblical basis for our understanding of time and history, rather than a western perspective, we will find there is a much greater basis for discussion. Through Jesus “The imperfection of created time is transcended, overcome and healed in its contact with eternity” [8]. Understanding the inter-generational effects of sin and blessing, and the transcending work of Jesus that brings eternity into time, and heals time, all times, we should have a greater basis for intercultural dialogue.