You are here: Home › Features › Everyone Belongs At Delacombe 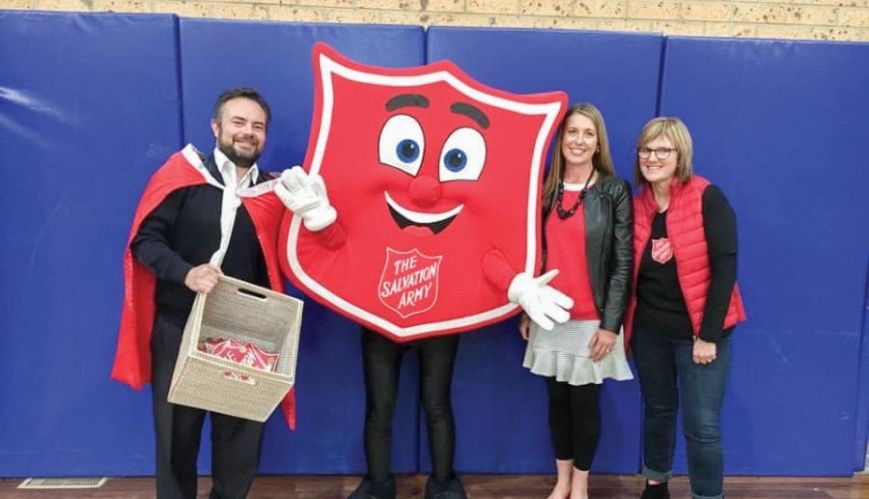 Connection is everything at Delacombe Salvos.

And while it may be a rural corps, its passion for community sets it apart as one of the most innovative in Australia. For Captain Craig Farrell, who was appointed to the Victorian corps on the fringes of Ballarat this year, “every day is Sunday”.

The Sunday morning service, which attracts up to 70 people, still resounds with choruses and calls to the mercy seat, but it is Delacombe’s involvement in the community on every other day that has made the corps a trusted partner among schools, the local council and social services.

“Sunday services are important, but we’re really just trying to find out the needs of the community and our neighbours. There’s just so much opportunity here. I think we have so many things that happen during the week,” says Craig. “Ballarat Corps is just 10 minutes up the road from us and has a welfare focus, so one of the things we do well here is try to build community connection.” 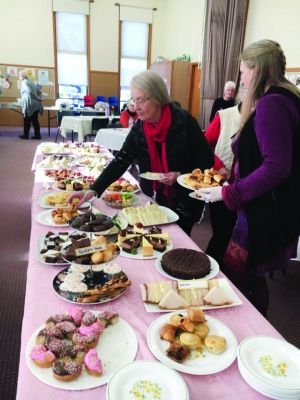 One example is the link with a primary school next door. On a chilly weekday morning, a group of volunteers from the corps can be seen coordinating the school’s Walking Bus Program. With a list of names and addresses provided by the school, the small group calls into each child’s house on the list.

On a good day, a child will spring out of the door and happily join the walking bus. On a more challenging day, a child may need to be coaxed from the home, often with the promise of a warm breakfast, another program offered at the school at which some Salvos volunteer.

The walking bus was created three years ago by a schoolteacher who is also a soldier at Delacombe. The majority of volunteers come from the corps, although there are parent volunteers as well.

Craig says the volunteers have seen a dramatic change in some children – not only are these children making new friends, but some of them are attending school more regularly. “We’re trying to target those kids who find it really difficult to get up in the morning, and parents – many of them single parents – who find it difficult to get kids off to school for various reasons,” says Craig. The walking bus is a partnership with the local primary school.

Like everything at Delacombe, the walking bus is a point of connection – connection to social welfare programs or simply opening the door to explore faith opportunities. “We keep a very open mind and work within the school system with teachers, and the chaplain at the school as well,” says Craig. “Really the constant drawcard for us is our kids club; that’s where the big connection is.”

Kids Club is held fortnightly at the corps, giving families an opportunity to be welcomed into the church building. There’s time for games, craft and ‘God talk’, and every child takes home a copy of The Salvation Army children’s publication Kidzone. A highlight earlier this year occurred when the school held a ‘Red Day’, celebrating The Salvation Army Red Shield Appeal.

Craig, resplendent in a red cape, was joined by Shieldy, The Salvation Army mascot. Giving a presentation to the school with the theme ‘Everyone Belongs’, Craig later welcomed prep students to the corps to make Salvation Army Red Shield cookies.

Craig smiles as he remembers the feedback and impact it had: “[We heard] that whenever kids come up to the collection tin, they’d say to their parents, ‘We have to donate, we have to help others!’”

Throw in the weekly pop-up library the council holds on the Delacombe Corps premises, and a playgroup coordinated by Salvo Connect up the road, and you could say the kids of Delacombe and the Salvos are as tight as it comes.

“It’s just another program where the community uses our space, but I think it’s about building connection for those who don’t have any belonging in the community,” says Craig. The majority of people who attend Delacombe are over the age of 40, but Craig says there has been a recent influx of young families and he is determined to cater for the next generation.

A Junior Soldiers program is set to start. Delacombe, however, continues to have a thriving ministry to older adults in the corps and community, including a weekly craft group, the Companion Club and a monthly meal called ‘Dinner is Served’, which attracts up to 100 people. Some people who have been involved in these groups have begun attending Sunday services, says Craig.

Despite the corps having a full calendar, Craig and his ministry team have dreams of creating more opportunities for connection in the community. “We work closely with SalvoConnect, and our Corps Sergeant Major is a chaplain at that centre as well. We’re trying to develop something new in that area.”

No connection is out of the question at Delacombe, says Craig.

And whether Salvos are walking children to school on a bitterly cold winter’s day, or welcoming a lonely member of the community into the craft club, one phrase reminds them of God’s mission for Delacombe Corps: Everyone belongs.