You are here: Home › Features › Finding His Way Back

Finding his way back 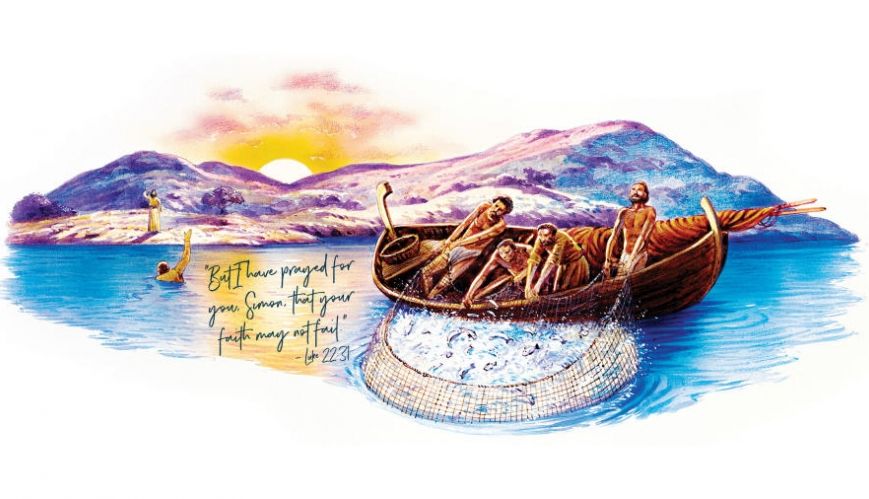 Finding his way back

As the story of Peter shows, we are not defined by our failures.

I come from five generations of fishermen in the Canadian province of Newfoundland and Labrador. Maybe it’s because I grew up around boats and nets and the smell of salted cod drying in the summer sun, but next to Jesus, Peter is my favourite biblical character.

Peter started out in Capernaum, where he and his wife shared a house with his mother-in-law and his brother, Andrew. He and Andrew had their own boat and were in business with James and John, the sons of Zebedee. When Jesus first met Peter, he said, “You are Simon son of John,” and then, “From this time on you’ll be called Cephas,” which is Aramaic for Peter, which is Greek for ‘rock’ (John 1:42).

Jesus called Peter the ‘rock’, partly, I think, because he was as dense as a rock, and getting anything through his thick skull was a monumental challenge. And partly because he knew that once the truth finally got through, no one would be able to snatch it away – even if it meant his death, too. Maybe that’s why the name seems to have stuck with him the rest of his life: ‘Peter the Rock’.

Peter knew his share of failure, both as a fisherman and as a ‘fisher of men’. But his story is not so much about failure as it is about not allowing failure to define who we are.

Holder of the keys

When Peter was at his best, he was brilliant. Jesus asked his disciples who people thought he was, and they said, “Some say John the Baptist; others say Elijah; and still others, Jeremiah or one of the prophets.” But Peter blurted out, “You are the Messiah, the Son of the living God.”

“Blessed are you, Simon son of Jonah,” Jesus replied. “You are Peter, and on this rock I will build my church … I will give you the keys of the kingdom of heaven” (Matthew 16:17-19). Peter is promoted from fisher of fish to fisher of men, and now to holder of the keys.

But when Peter was at his worst, he was dismal. Jesus reprimanded him more directly than anyone else. When he said that his mission of saving the world wasn’t going to be easy and that he’d be tortured and killed in Jerusalem, Peter couldn’t take it. “This shall never happen to you”, and Jesus replied, “Get behind me, Satan” (Matthew 16:23).

Once when Jesus was talking about forgiveness, Peter asked, how many times are you supposed to forgive someone? Seven times, maybe? Jesus rebuked him and said 77 times would be a good start (Matthew 18:21-22).

At the Last Supper, Jesus said he would be going soon, where no one could follow him. Peter didn’t understand what he meant or couldn’t face it. He answered, “Why can’t I follow you now? I will lay down my life for you.” Then Jesus said the hardest thing Peter had ever heard him say. Listen, Peter. “Before the rooster crows, you will betray me three times” (John 13:36-38). And that’s the way it happened. While the trial was going on, Peter sat in the high priest’s courtyard, warming himself by the fire. He was approached several times and asked if he was one of Jesus’ followers. His reply each time was that he didn’t know what they were talking about. The rooster crowed and Peter’s heart was broken (John 18:15-26).

The power of forgiveness

One of the lessons we learn from Peter is that coming back from failure doesn’t relegate you to the back pew of the church. Forgiveness opens a whole new world of possibilities. In Acts 3, Peter preaches a sermon, and 3000 converts are recorded. What happened between his denial of Jesus in John 18 and this sermon in Acts 3? The cross, the empty tomb and an encounter with the risen Christ.

John 21 tells the story of Peter’s return from failure. The disciples go out to fish at night and catch nothing. In the early morning hours, a person on the seashore calls out, “Friends, have you any fish?” “No,” they respond. Isn’t it embarrassing when you can’t even do what you’re supposed to be good at? “Throw your net on the right side of the boat.” The amazing thing is that these experienced fishermen did and caught 153 fish.

John is the first to recognise that the stranger on the beach is Jesus, but Peter is the one who jumps into the water and swims to shore. Jesus has a charcoal fire going. Not unlike the one that Peter sat beside in the courtyard as he denied Jesus. They share breakfast together with Jesus as cook and waiter.

Luke 22:31-32 shows us that when they had finished eating, Jesus said, “Simon, Simon, Satan has asked to sift all of you as wheat. But I have prayed for you, Simon, that your faith may not fail. And when you have turned back, strengthen your brothers.” Has Jesus been expecting Peter? Has he been waiting for him to come to this moment, this place of victory over his previous failures?

Conspicuous by its absence in the encounter of John 21 is any indication of Jesus reprimanding or chastising Peter. He doesn’t rub his nose in his failure. Instead, just as Peter had denied him three times, Jesus gives Peter three opportunities to renew his faith.

On the third occasion, Peter’s response is cautious and perhaps not reflective of what’s in his heart – perhaps because of his fear of being challenged and having to defend his failure. But Peter knows that Jesus knows everything. He knows the depth of the love hidden deep in his heart, so he throws himself back on omniscience: “You know all things, Jesus, you know that I love you.” We may struggle to find the right words, but God knows the heart. He knows about our past failure, but he is much more interested in where we are going than where we have been.

Failure is not defeat

Failure is a painfully powerful word. But not as powerful as forgiveness. We are not defined by our failure. Peter is not remembered for his failure, but for his return from failure and his faithfulness going forward.

The possibilities of grace are truly amazing! There is grace enough to bring you back as well. You can recover so well that your story, too, will become a powerful testimony and inspiration to others who may be struggling to find their way back from some crippling failure.

You are forgiven. Welcome back.